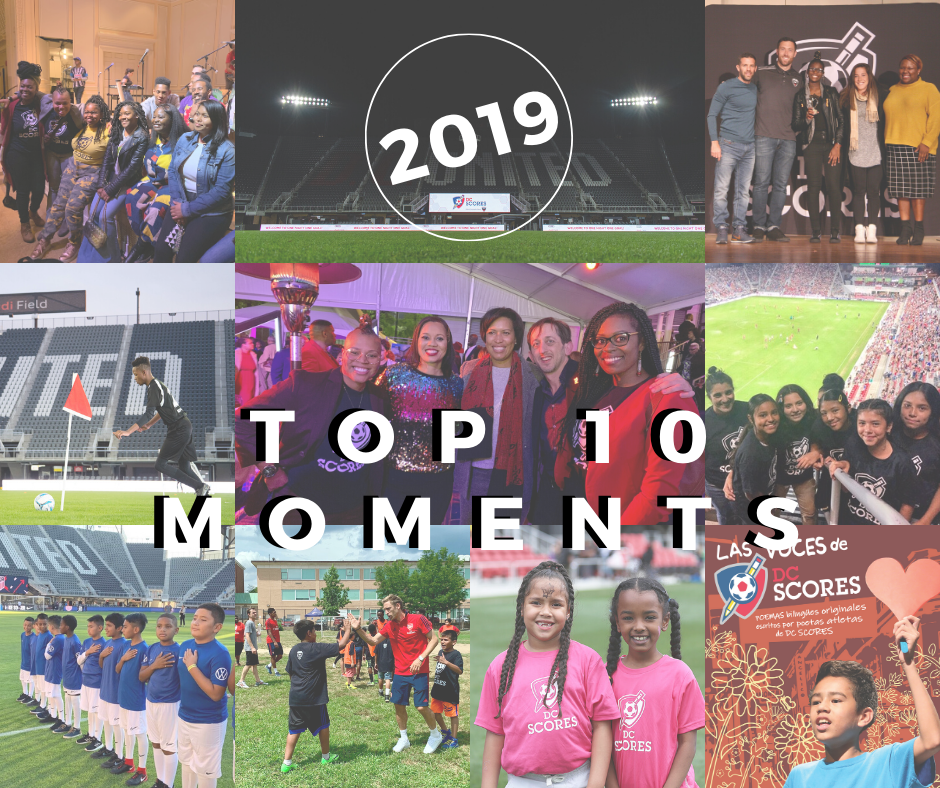 2019 was an exciting year for DC SCORES, filled with an abundance of amazing moments and once-in-a-lifetime opportunities for our poet-athletes.

For over 3,000 kids at 70 sites throughout the District, 2019 was jam-packed with special moments on the field, in classrooms, and throughout the city as well. As we get ready to celebrate the new year, we thought it was necessary to look back on some of the most memorable moments of 2019 and recognize those that helped us get to this point in celebrating 25 years of DC SCORES. 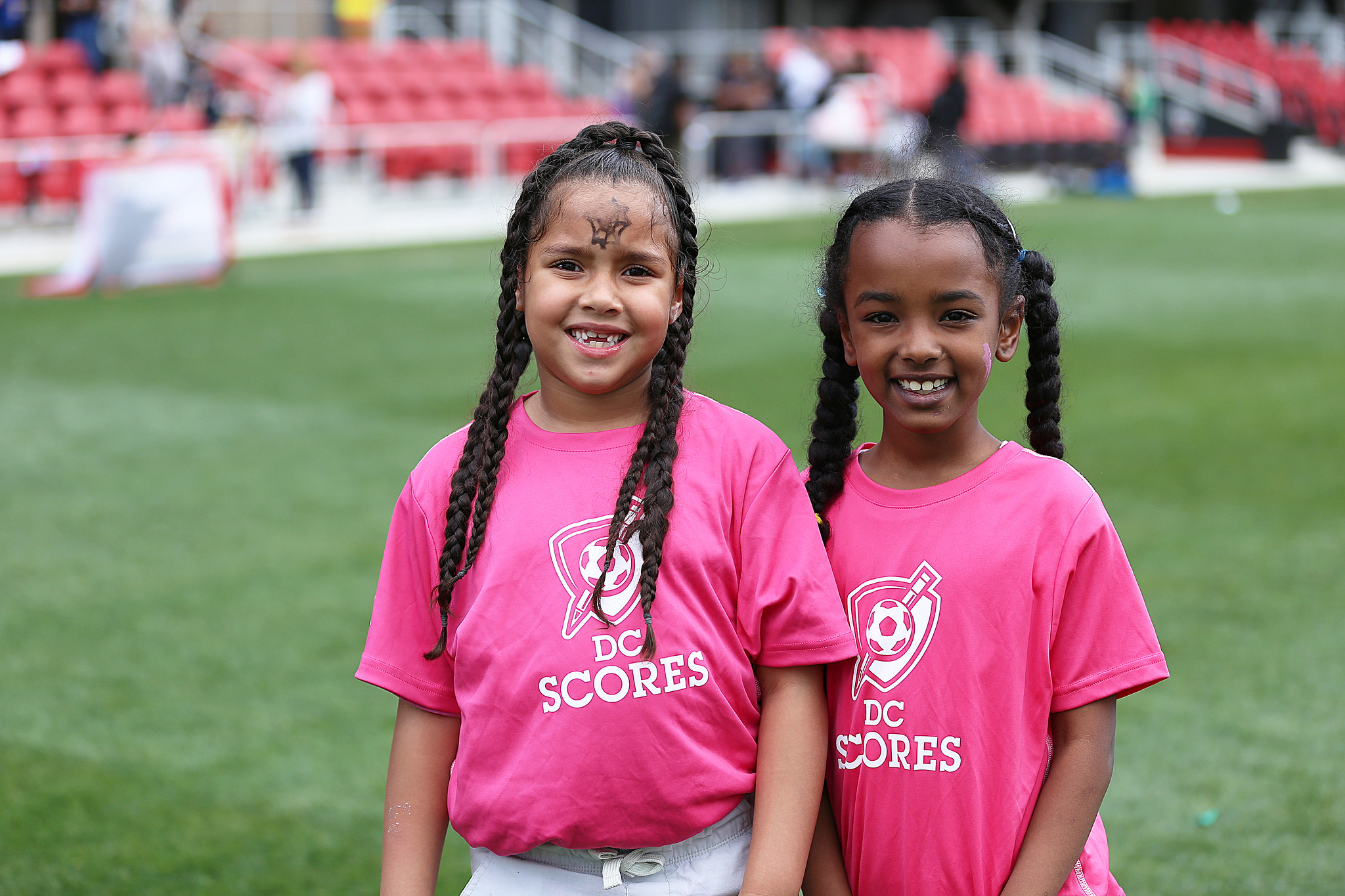 This was a big year for the smallest SCORES participants. The Junior SCORES program grew to include 16 teams out of the 70 sites with DC SCORES programming in the city.

For those not familiar with Junior SCORES, this new program is open to first and second graders, team-based, and focuses on introducing kids to soccer and DC SCORES’ values of teamwork, leadership, and commitment at a young age, so they can build interest in the sport and gain an early understanding of the power of being part of a team.

On top of the expansion in the size of the program, the Juniors also experienced brand new events like Junior Jamboree at Audi Field and Junior Frenzy in the fall season.

2. One Night One Goal 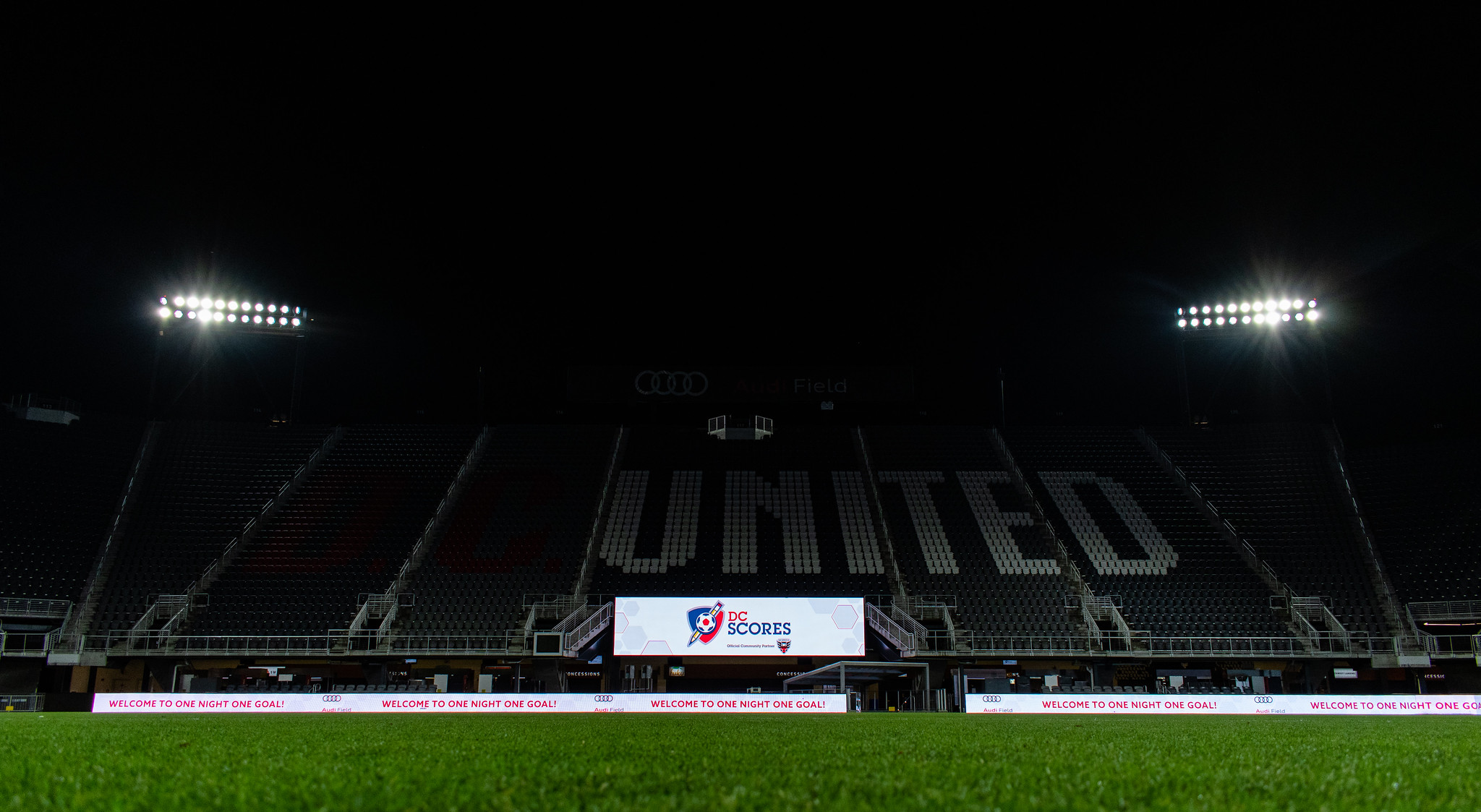 Audi Field hosted One Night One Goal in early May for a special night benefitting DC SCORES.

The grand success of the night was all made possible thanks to all of the sponsors, including D.C. United, Audi, Enlightenment Capital, The Diplomat Group, Levy and Wells Fargo. 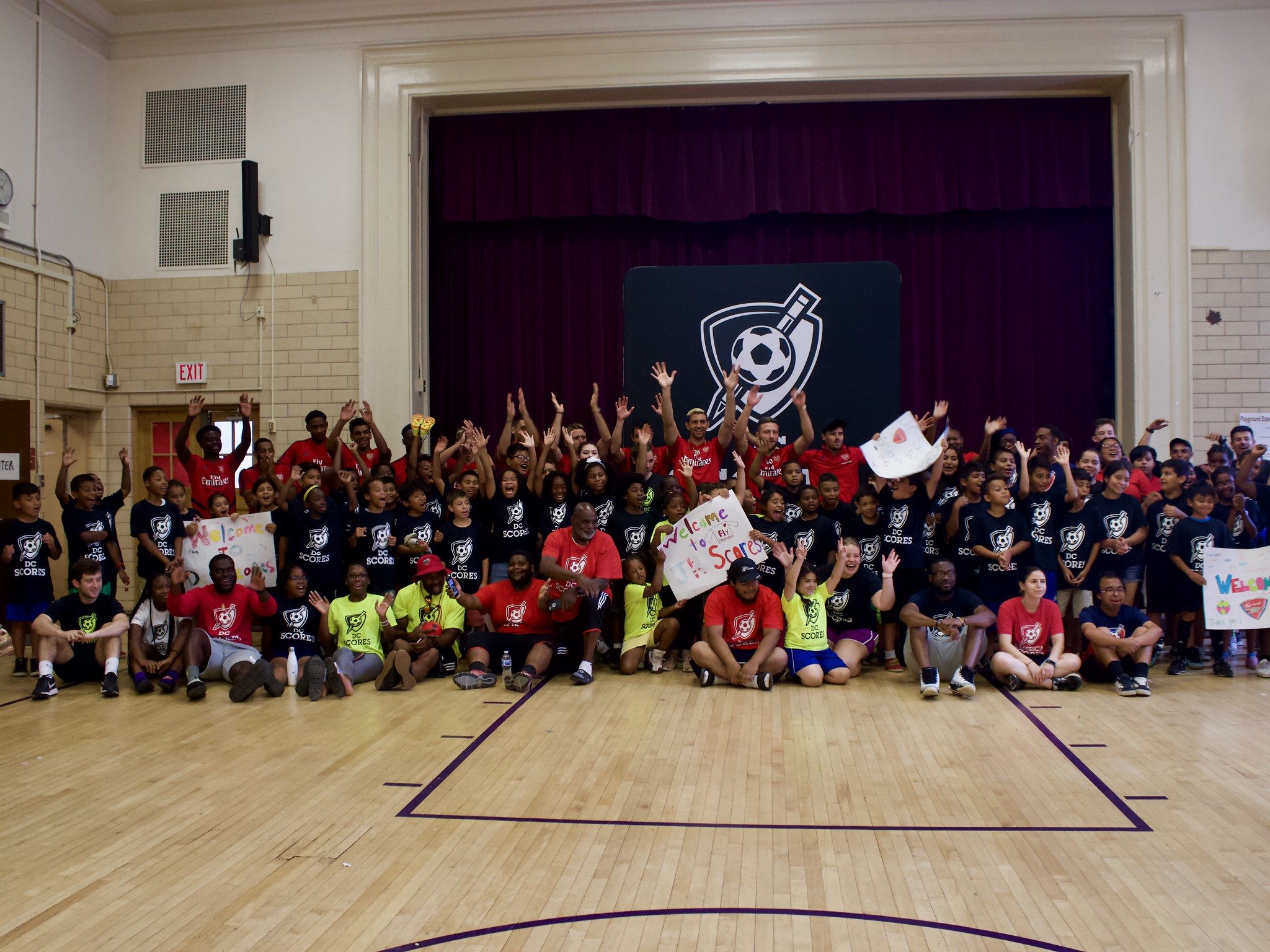 The summer was a fun time for DC SCORES, as many european teams and World Cup champions made their way through DC to hang out with our kids.

Real Betis from Spain stopped by Amidon-Bowen for a soccer clinic before their friendly match against D.C. United. French Ligue 1 sent representation through Saint-Étienne, who hosted middle school poet-athletes and alumni at RFK Stadium for an elite practice. And Premiere League powerhouse Arsenal then stopped by the Truesdell Summer Camp to hang with our poet-athletes.

And the World Champion US Women’s National Team got involved too, as female poet-athletes from Brightwood Education Campus and DC SCORES coaches held a soccer clinic with the help of New Balance and special guest, World Cup champion Rose Lavelle! 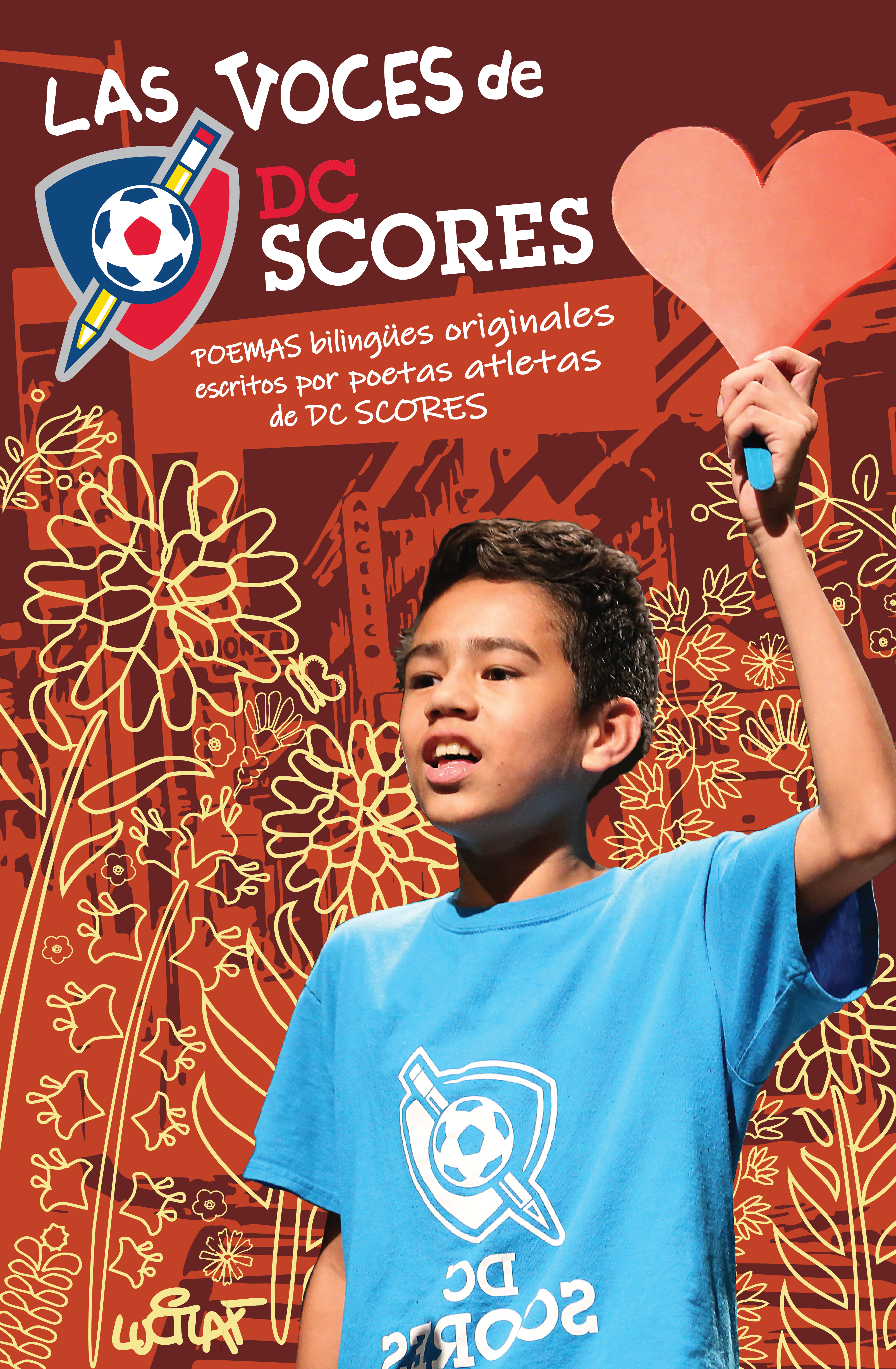 Thanks to the support from the Crimsonbridge Foundation, the O’Neill Foundation, and the Mayor’s Office of Latino Affairs, 2019 was a big year to increase our outreach and engagement with our latinx families.

As over 40% of participants identify as hispanic/latinx, DC SCORES is making an effort to increase our support to our Spanish-speaking poet-athletes and families. In the past year, we’ve produced an all in Spanish-language video with testimonials from parents and alumni, as well as a new Spanish-language website (familias.dcscores.org) targeted for families with programming information.

Additionally, we wanted to celebrate and recognize the bilingual poems that poet-athletes have written over the years through a booklet titled “Las voces de DC SCORES” (The Voices of DC SCORES). Check out the PDF version HERE!

5. D.C. United and the Washington Spirit 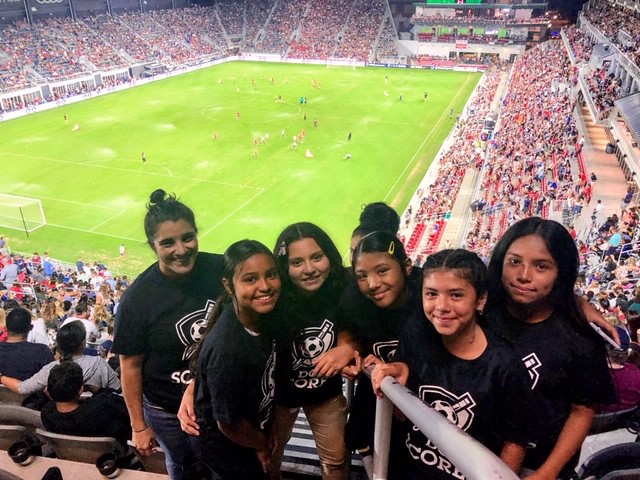 The two professional soccer teams in the region were huge SCORES supporters in 2019.

D.C. United continued to provide amazing experiences for DC SCORES, and show why we’re their Official Community Partner. During the whole 2019 season and with the support of Screaming Eagles, Audi Field’s Section 138 hosted DC SCORES poet-athletes, alumni, families, and volunteers and provided the opportunity to cheer on their favorite MLS team. And the MLS series The Movement showcased D.C. United and their partnership with DC SCORES on the “Chocolate City” episode.

The Washington Spirit increased their support for DC SCORES poet-athletes. The team’s majority owner, Steve Baldwin, is set to be on the host committee for 2020’s One Night One Goal, showcasing the organization’s commitment to helping the largest afterschool program in DC increase its reach throughout the city. SCORES participants and families attended Spirit games at Audi Field, and Spirit players were in full force at the annual Poetry Slam and One Night One Goal.

And the teams also joined forces to support SCORES, as D.C. United goalkeeper, Bill Hamid, and former Washington Spirit midfielder, Joanna Lohman served as the official ambassadors for DC SCORES throughout 2019 - 2020 as we celebrate the program’s 25th anniversary.

6. Supporter of the Year: Volkswagen 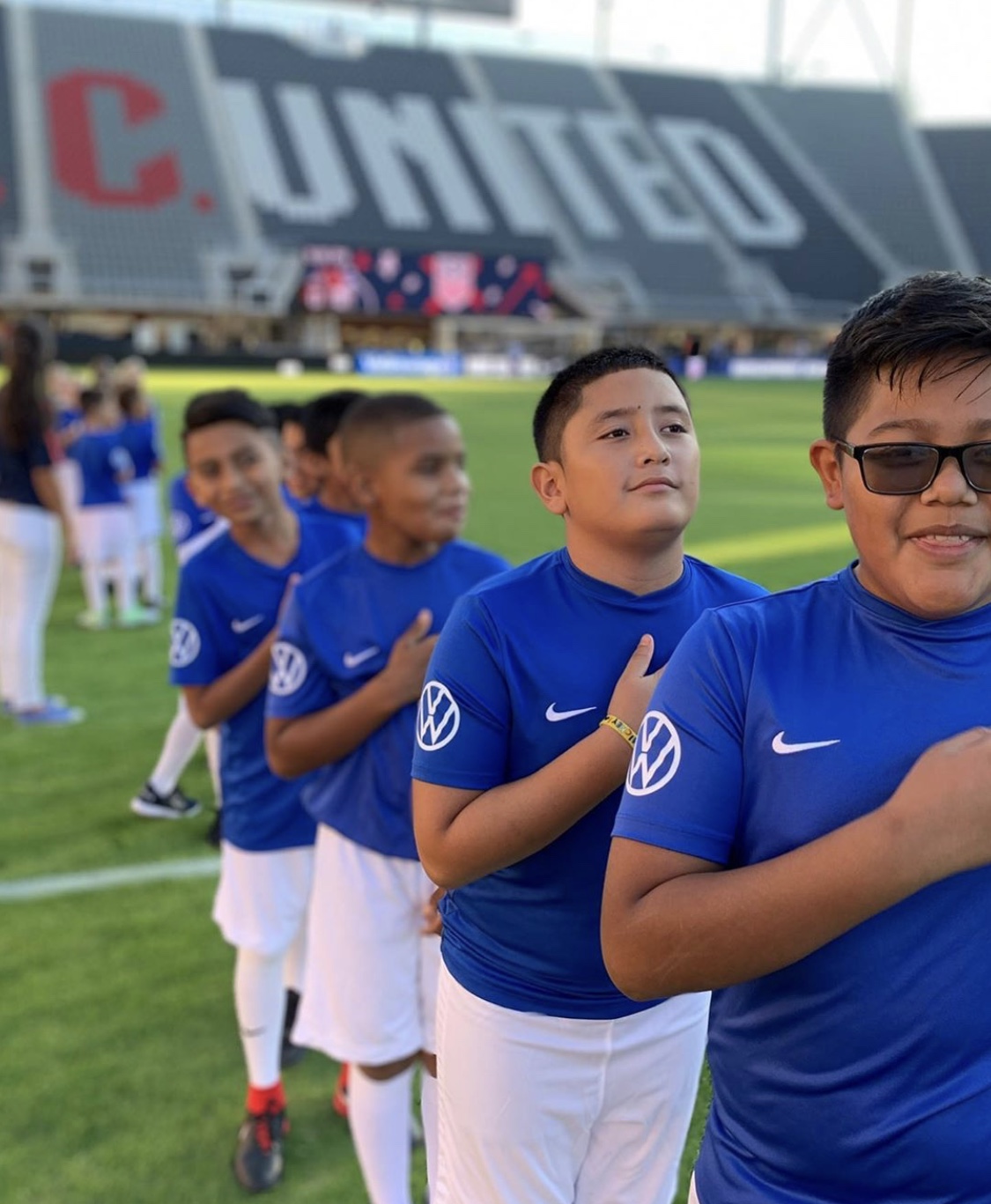 Volkswagen has been a big supporter of DC SCORES for many years. Whether it’s providing teams at Marie Reed Elementary School, sponsoring events like SCORE Awards and SCORESCon, there have been countless ways Volkswagen has made an impact in the local community.

As part of their “Drive Bigger” event, Volkswagen worked with America SCORES affiliates – including schools throughout all wards in DC served by DC SCORES – to fund over $450,000 in classroom projects, including 113 different projects in DC, for a total of over $66,000 in project funding for D.C. teachers!

If you watched the Women’s World Cup this summer, you probably saw Director of Creative Arts and Education, Charity Blackwell, showcase the incredible work being done through America SCORES in a commercial donated by Volkswagen.

Additionally, thanks to Volkswagen’s partnership with U.S. Soccer, the elementary boys team from Truesdell Education Campus walked out with the U.S. Men’s National Team in their game against Cuba at Audi Field!

7. Soccer in the City

This year gave DC SCORES the opportunity to be on the big screen. A new documentary, Soccer in the City, features well-known American and international soccer stars, inspiring coaches, and organizations committed to breaking down barriers, including DC SCORES!

Soccer in the City is now available on Amazon Prime. The documentary prominently features DC SCORES poet-athletes, coaches, volunteers and staff. We hope you enjoy Soccer in the City, and that you will help us share the film and the inspiring stories it tells.

In addition to sharing news about the movie, you can help the film climb the ranks on Amazon by doing any of the following things: 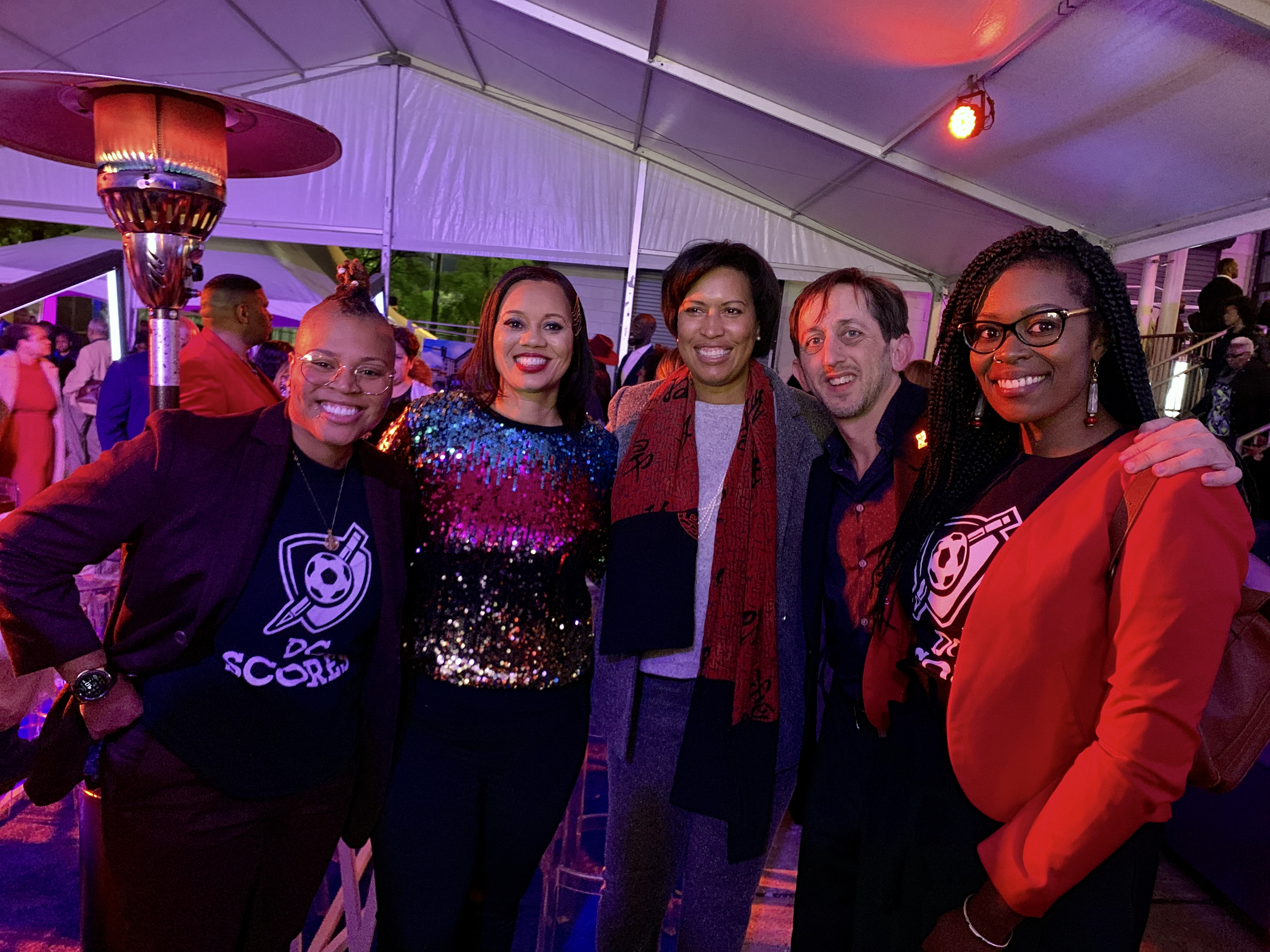 The DC Public Charter School Board recognized the work DC SCORES does in the community by awarding our organization with the DC PCSB Best Practice Award for Community Influence.

On top of the organizational-wide recognitions, various staff members were also acknowledged for their work with DC SCORES. Chief Program Officer, Sean Hinkle, was honored with the President’s Council on Sports, Fitness & Nutrition Community Leadership Award, and Charity Blackwell, was the D.C. United finalist for the 2019 MLS Works Community MVP award.

Additionally, the Catalogue for Philanthropy picked DC SCORES for inclusion in its catalogue as one of the best nonprofits in the DMV area. 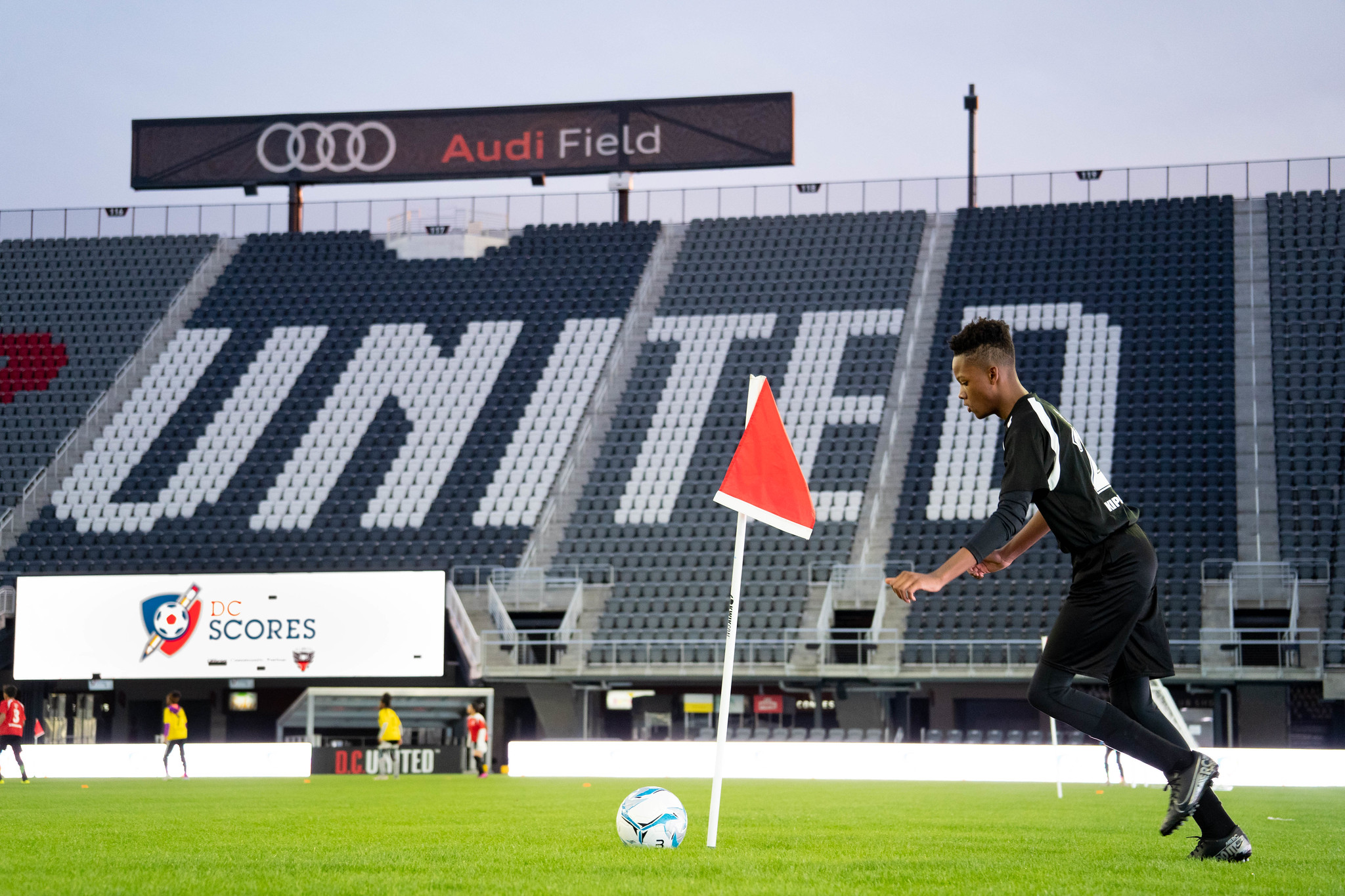 Besides the expansion of teams in the league, the Capital Cup itself grew into a two-part event, where teams played a Division Final at Audi Field and the Championship at The Fields at RFK Campus.

The Capital Cup Championship wrapped up the season at The Fields at RFK Campus. DC SCORES partnered with the District of Columbia State Athletic Association (DCSAA) to host the championship games to offer a new and exciting experience to this year’s Capital Cup.

The poetry component of DC SCORES was elevated like never before during 2019.

Grammy-nominated Tank & The Bangas spent an afternoon with DC SCORES alumni at the Library of Congress for a special opportunity to collaborate and showcase their talent.

Thanks to a new partnership with Busboys and Poets, Youth Open Mics are held on the fourth Saturday of every month at the new Busboys in Anacostia. This space is completely run by the youth and gives everybody the opportunity to share what’s on their mind. This monthly recurring event is open to the public; free for kids and $5 for adults and tickets can be bought at the door.

Finally, Our Words Our City, the blackbox theater showcase, gave some of our talented poet-athletes a chance to shine alongside other professional poets. This one-of-a-kind poetry showcase is making a comeback on February 6, 2020 at Studio Theatre. Join us for a special edition of Our Word Our City, as DC SCORES celebrates its 25th anniversary with performances from current DC SCORES poet-athletes, alumni, professional poets from the DMV area, and featured performer, Clint Smith. Purchase your tickets today!

This has been another fantastic year for DC SCORES thanks to all of the people that make it possible – from the staff, coaches, supporters, volunteers, families, and of course the poet-athletes! 2019 was a busy year, but more importantly, a year filled with new opportunities to continue the mission of creating more neighborhood teams throughout the city.

Thank you to everyone that has been a part of this wonderful year and we hope to team up with you again in 2020!

The Power of a Healthy Lifestyle