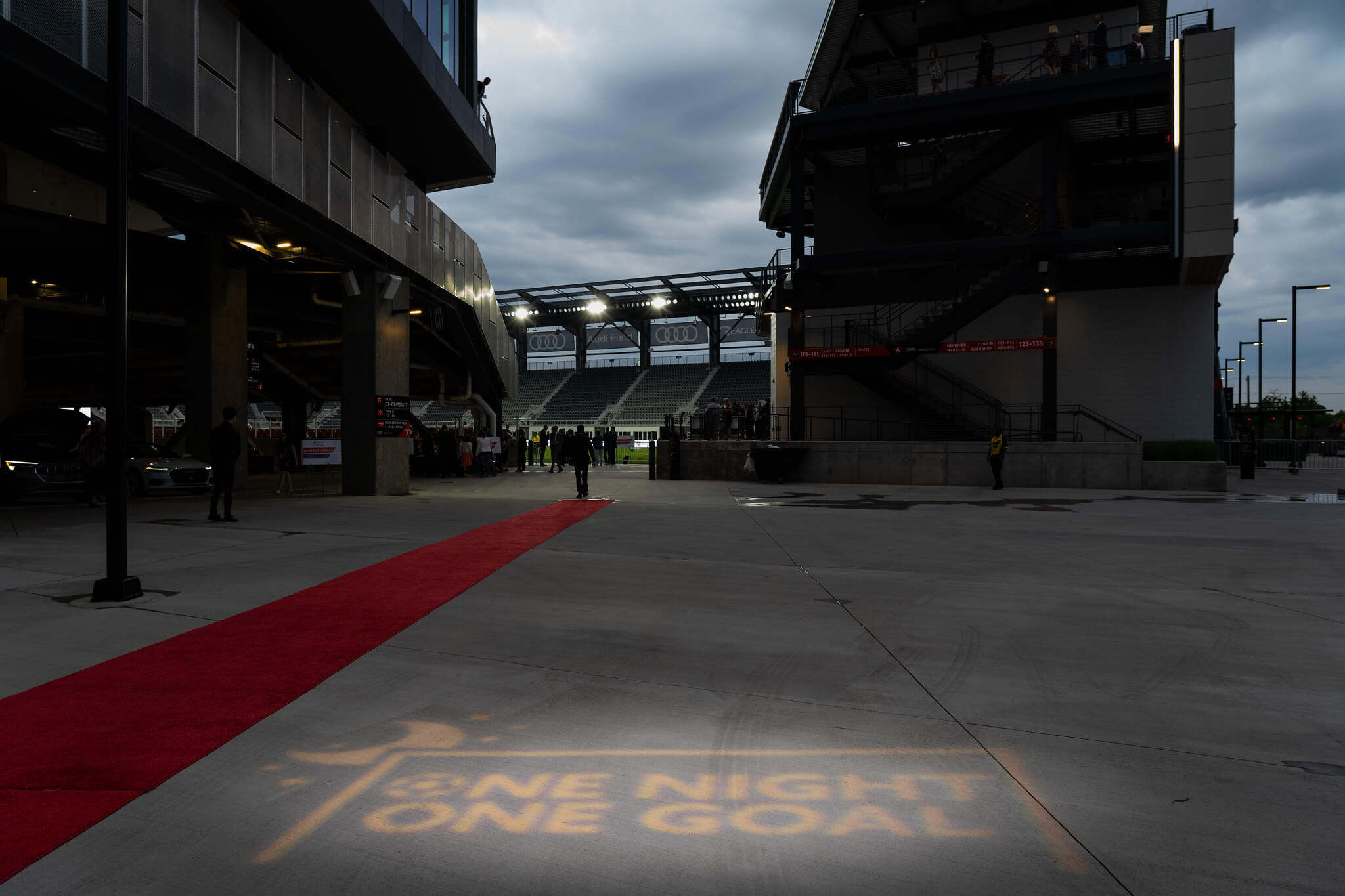 2019 One Night One Goal photo album

Audi Field opened its gates once more for an evening celebration like no other to benefit DC SCORES.

One Night One Goal came back for the second time since October 2018 with even more surprises and exclusive experiences for its attendees. Throughout the night guests had the opportunity to see Audi Field like they never have before as they mingled with the stars from D.C. United and the Washington Spirit.

The summer-like, humid evening started off at the Heineken MVP Club for the Poetry Lounge presented by Busboys and Poets. Soccer and poetry combined as guests enjoyed spoken-word performances by professional spoken word artists like Pages Matam and Marjan Naderi, as well as some of our DC SCORES poet-athletes from Our Words Our City.

While the room filled with the words of the region’s best artists, poet-athletes from Cardozo Education Campus showcased the soccer skills they’ve developed over the season on the same pitch where the pros showcase their talents.

Throughout the night, guests saw the players’ point-of-view as they were led by D.C. United staff members for a locker room experience that included a tour of the first team’s locker room, media room, press box and the players’ tunnel for the full game day experience.

One of the most anticipated add-on experiences of the night was the penalty kick experience, where lucky attendees took their best shot on the field against Loudoun United goalkeeper, Colin Miller. 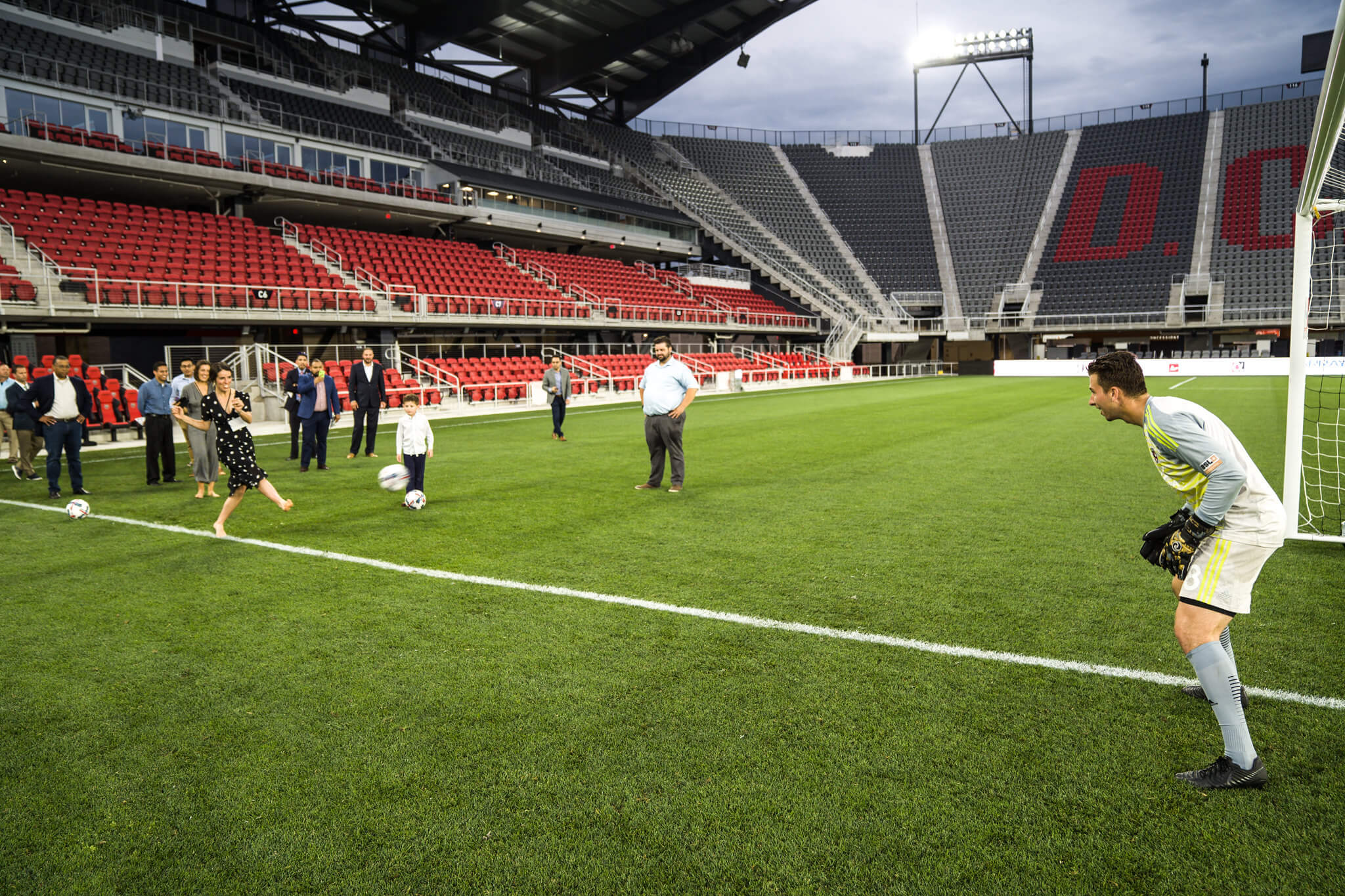 The EagleBank Club hosted the second part of the night, as all of the attendees gathered to continue the party and bid on exciting and unique items and experiences during the live auction.

The big moment of the night was without a doubt the live auction which was hosted by D.C. United Head Coach, Ben Olsen and Enlightenment Capital Managing Partner, Devin Talbott. The live auction included one-of-a-kind items like an Audi R8 lease, a karaoke session with Joanna Lohman, a sleepover at Audi Field, and a sure to be unforgettable dinner with Ben Olsen and Chef José Andrés, alongside none other than Wayne Rooney.

It was really all-star auctioneer, BJ Jennings that stole the show with her enthusiasm and stage presence that really captured everyone’s attention and highlighted each item and experience to really get the bidding going. 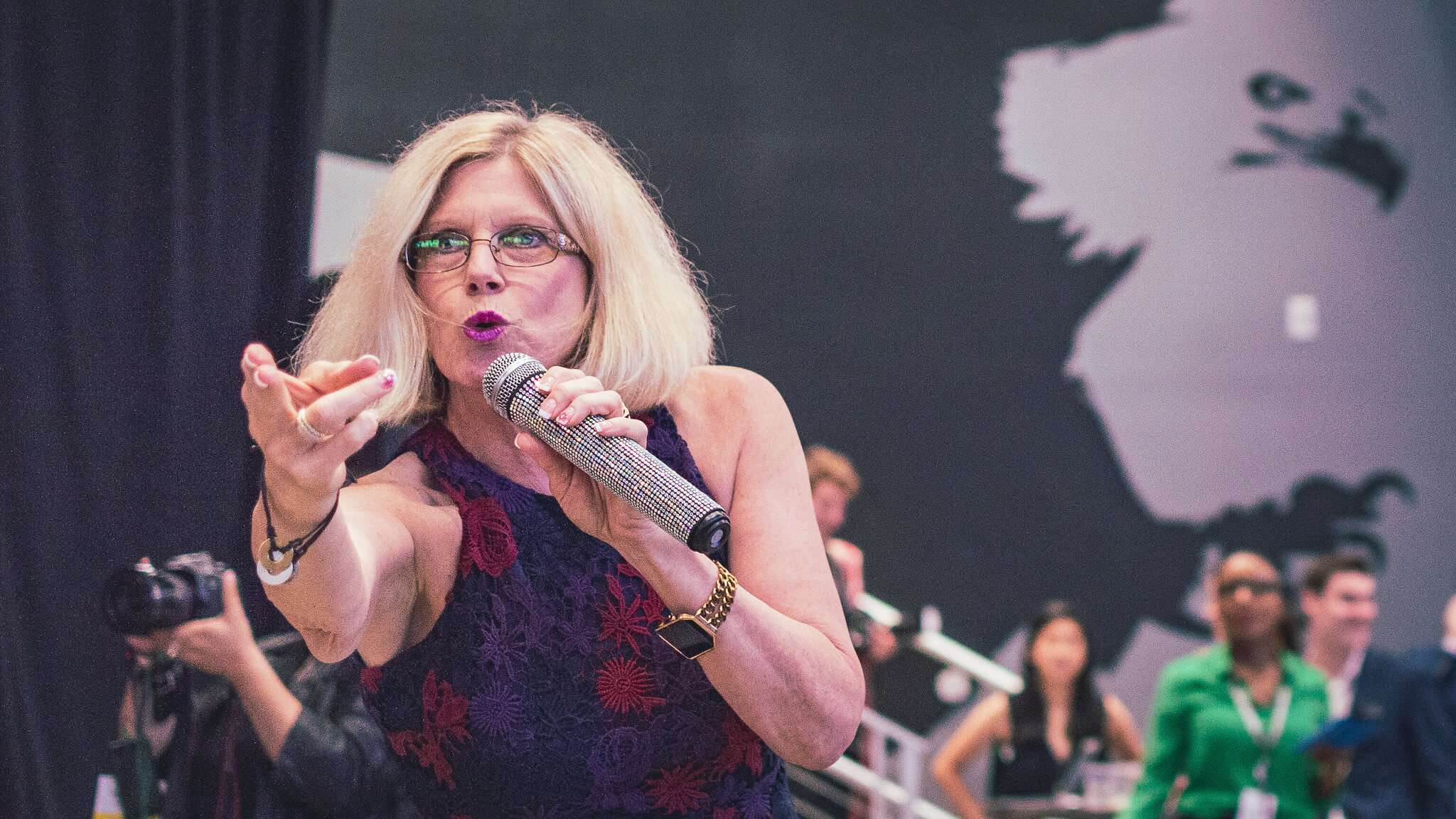 Thanks to the amazing support during One Night One Goal, over $400,000 was raised to support programming for to over 500 kids—15 teams!

DC SCORES is very grateful for all of the city government officials that served as Honorary Chairs, including At-Large Councilmember, David Grosso and Ward 6 Councilmember, Charles Allen, who were in attendance.

The grand success of the night was all made possible thanks to all of the Teammate, All-Star, and Champion sponsors, including D.C. United, Audi, Enlightenment Capital, The Diplomat Group, Levy and Wells Fargo.

Lastly, the night would not have been possible without all of the attendees that showed up for DC kids. DC SCORES is able to provide free, afterschool programming to 3,000 kids at 69 sites thanks to the continuous support of the community.

Expanding Junior SCORES during Do More 24

Making an impact in the community through service-learning projects