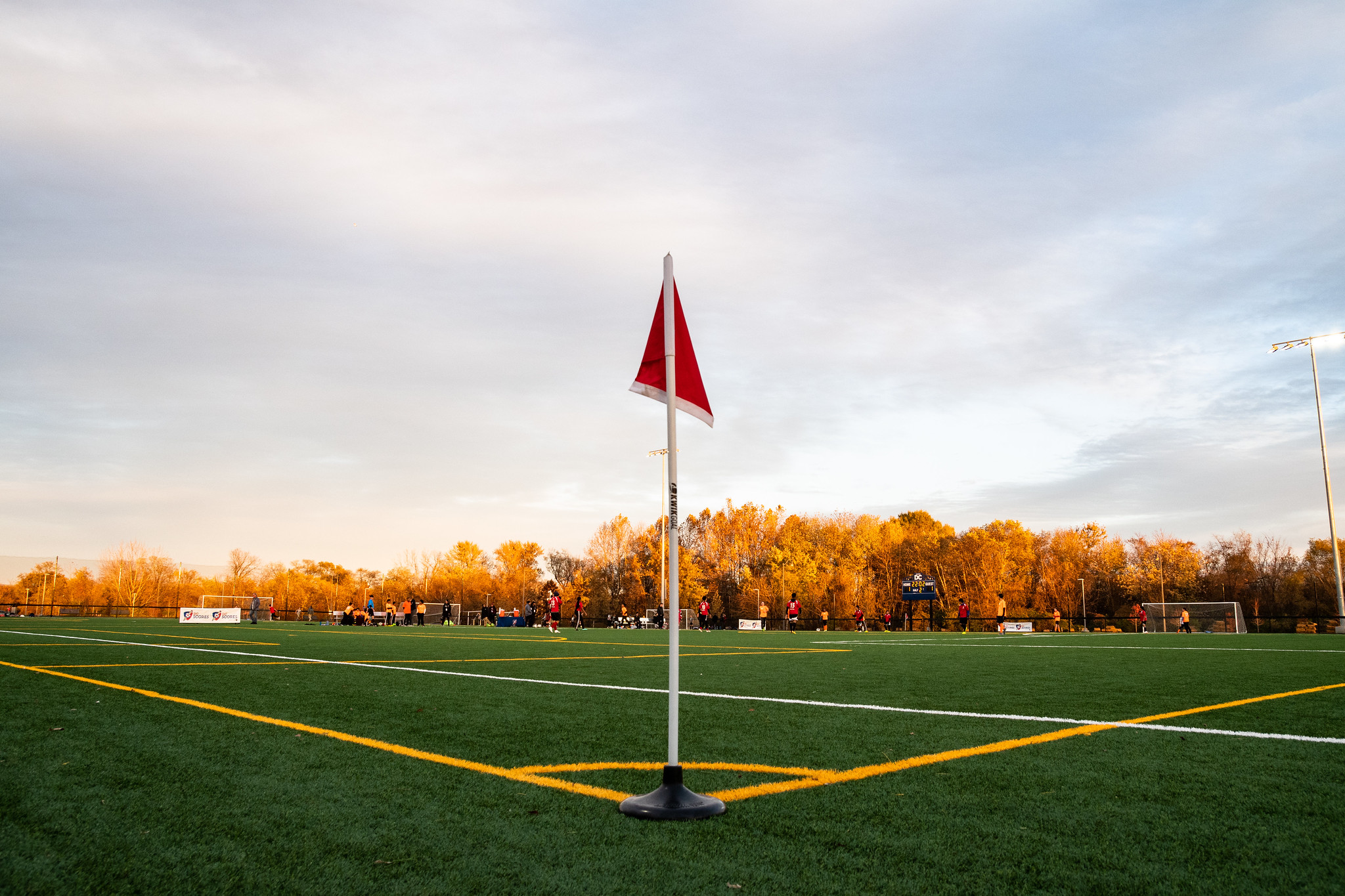 Besides the expansion of teams in the league, the Capital Cup itself grew into a two-part series event where teams played a Division Final at Audi Field and the Championship at The Fields at RFK Campus.

After an exciting season, Audi Field hosted 12 teams to play on the same pitch as the pros for the Division Final in the Capital Cup series. Two games happened simultaneously for the Coed, Girls, and Boys divisions with the backdrop of a picture-perfect sunset and game commentary by D.C. United’s Senior Content Producer & On Air Talent, Claudia Pagán.

Not only was it a great experience for all of the participating teams, but it was also incredible for families and school faculty to witness their teams fight for the division title and the opportunity to play the following week for the championship.

At the end of every game, teams and spectators gathered to recognize all the hard work and sportsmanship teams demonstrated not only during the game, but throughout the season as well. 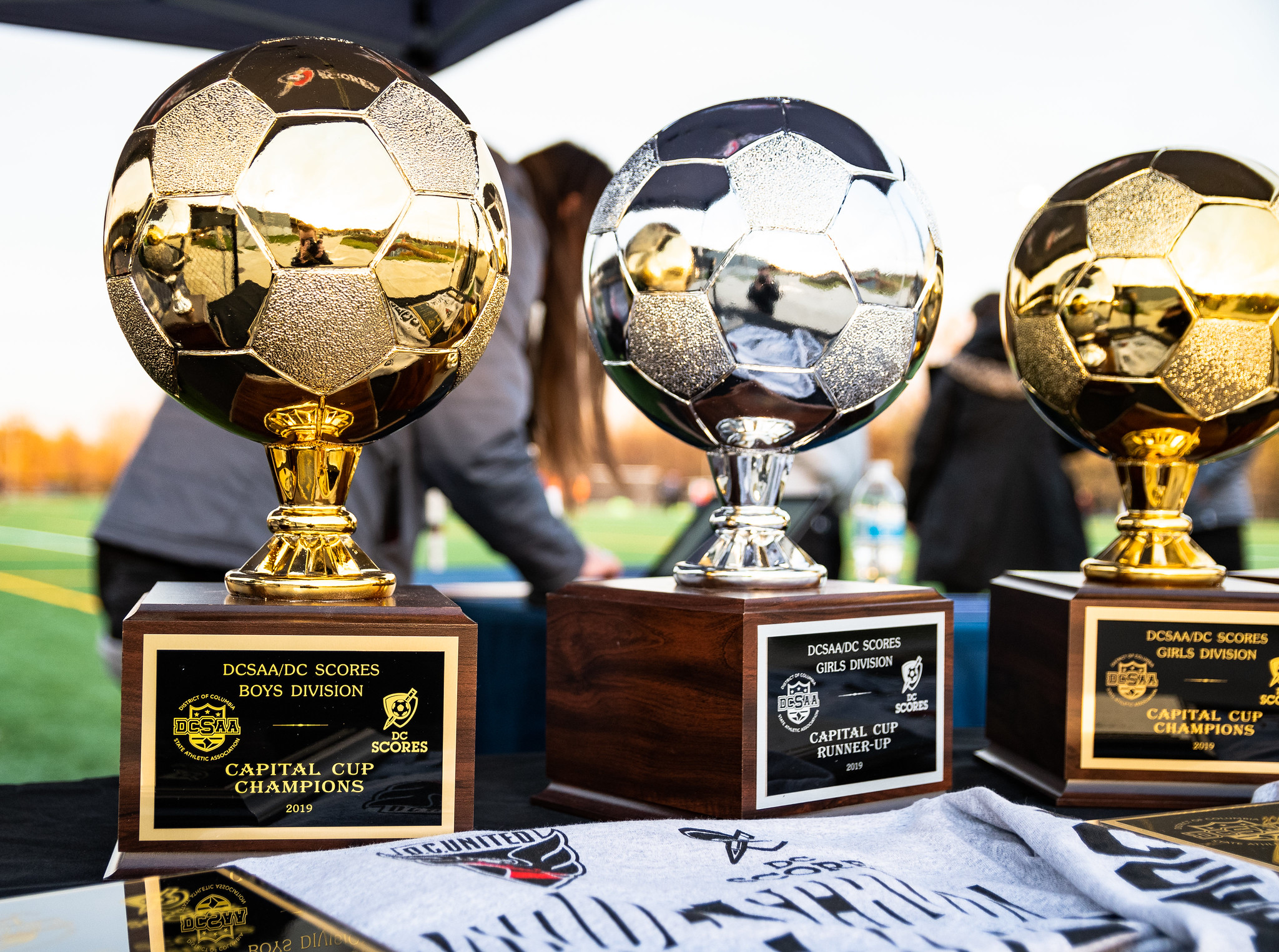 The Capital Cup Championship wrapped up the season on a chilly evening at The Fields at RFK Campus. DC SCORES partnered with the District of Columbia State Athletic Association (DCSAA) to host the championship games to offer a new and exciting experience to this year’s Capital Cup.

Each of the three games demonstrated the highest level of play from all of the teams. These moments are when teams really get to showcase the DC SCORES values of teamwork, leadership, and commitment.

When the referee blew the last whistle for each game, win or lose, teams didn’t fail to show sportsmanship when everything was said and done.

To make the trophy presentation even more special, D.C. United Homegrown player, Griffin Yow, joined the ceremony to recognize all the MVPs and teams for the commitment demonstrated on the field. 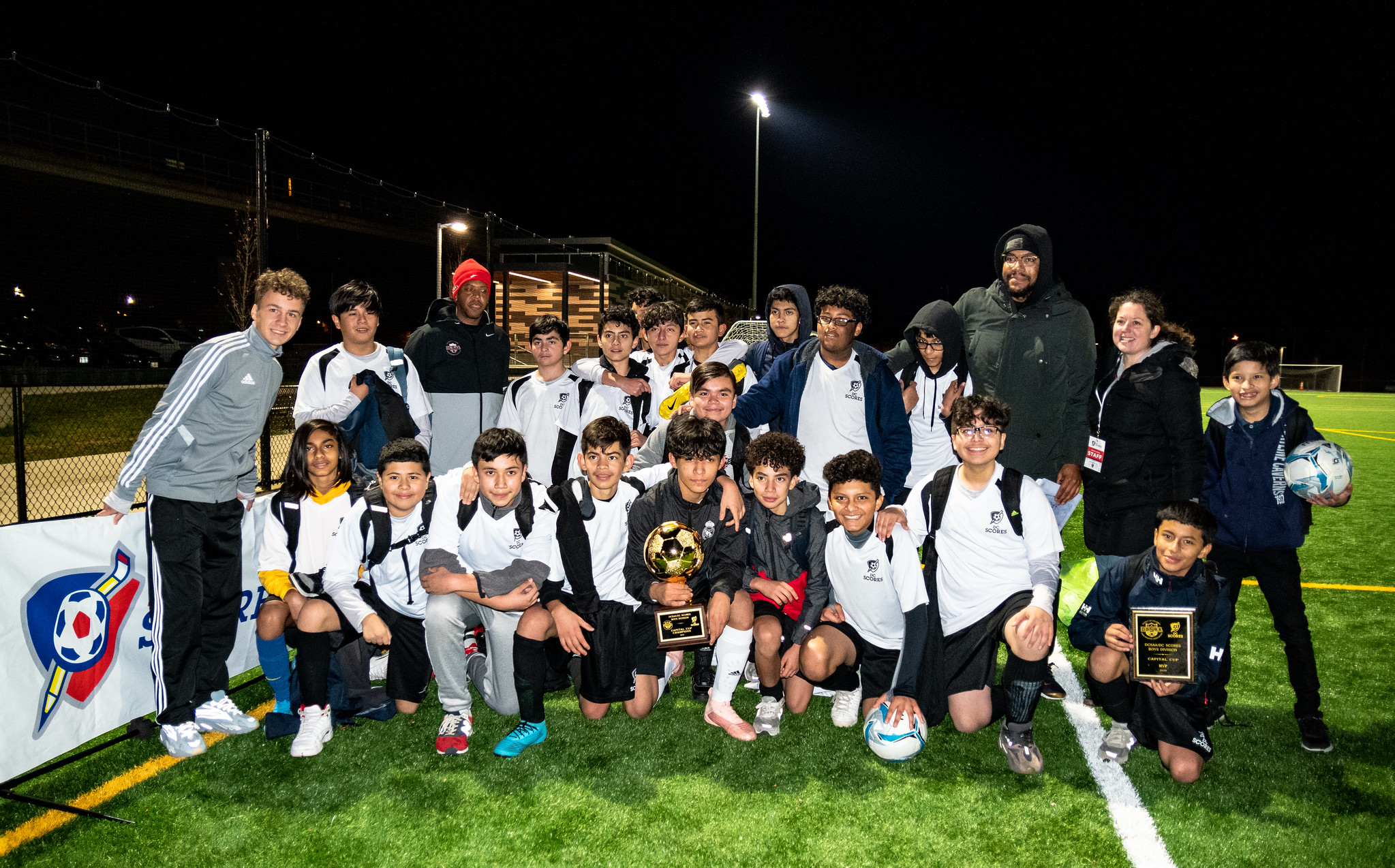 Year after year, DC SCORES aims to make every part of the program better for all participants, coaches, and families from the poetry curriculum to culminating events like this one. As the last event of the Fall SCORES season, Capital Cup was the perfect way to end the season for all of the middle school teams.

Poetry Slam: The most inspiring event of the year