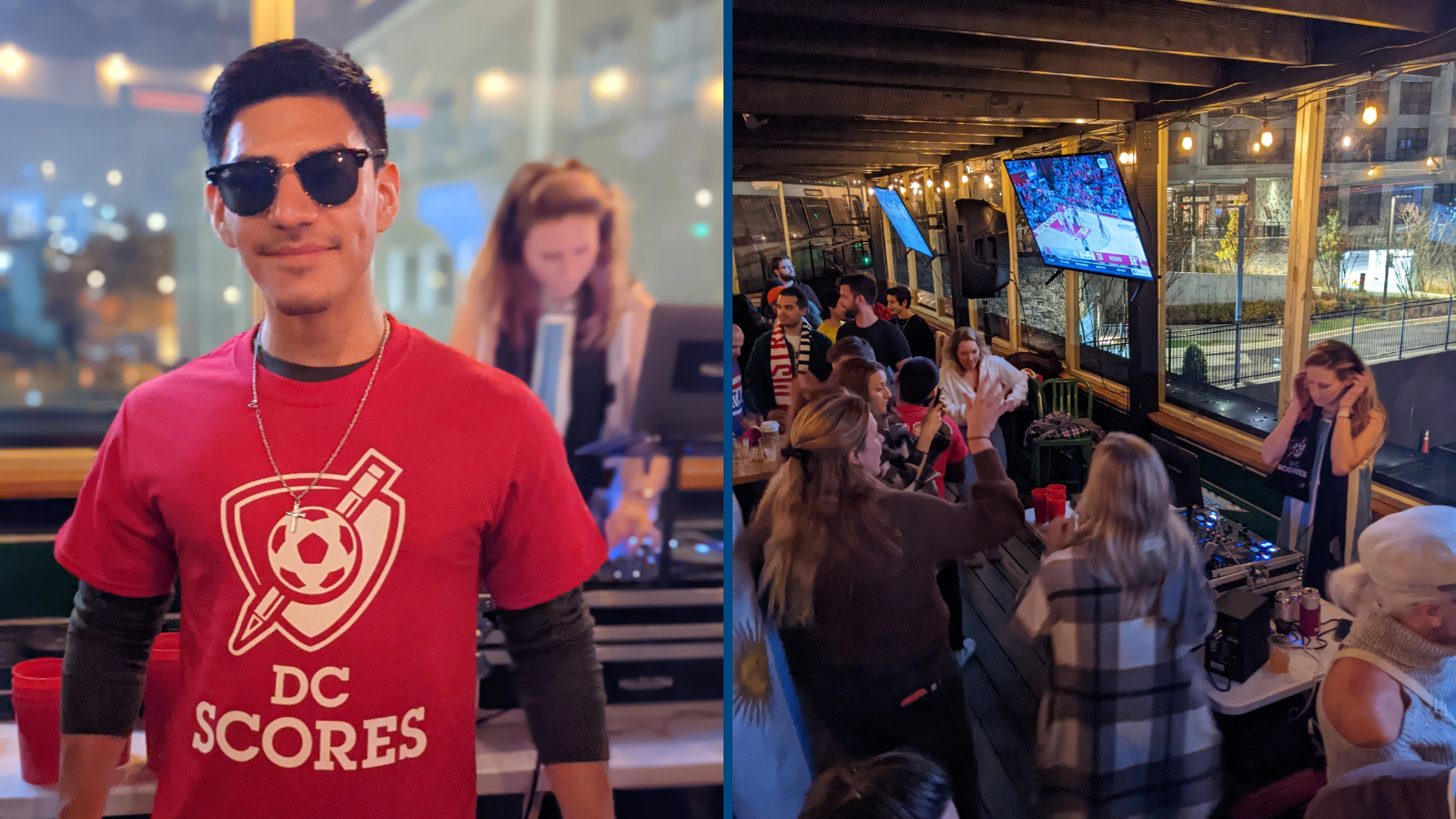 From dance parties to raffles for DC SCORES merchandise, every World Cup watch party has been a huge hit.

As any World Cup manager will tell you, teamwork pays off. This month, that maxim has been especially true for DC SCORES, which has joined forces with numerous partners across DC to capitalize on World Cup fever and raise money for its soccer, poetry, and service-learning programs.

Through watch parties, merchandise activations, and collaborations with partners all over the city, the nonprofit has been raising awareness, and dollars, for its programs serving more than 3,000 kids across the District.

“This year’s World Cup has been great for us to get into the community and partner with local businesses,” said Yasmin Ibrahim, Associate Director of Individual Giving at DC SCORES, who led the organization’s World Cup activations. “It has been really cool to bring different groups together over the last month to watch matches and share more about DC SCORES with them. I’m so glad we’re able to share our love for the sport and our programs with our local community while supporting our young poet-athletes.”

As the tournament moved into the final matches of group stage play, fans across the world came out in force to cheer on their national teams as they competed for a spot in the round of 16. In DC – a hub city of international diplomacy – local embassies held watch parties for expats and locals alike to show their support for the teams in the tournament. 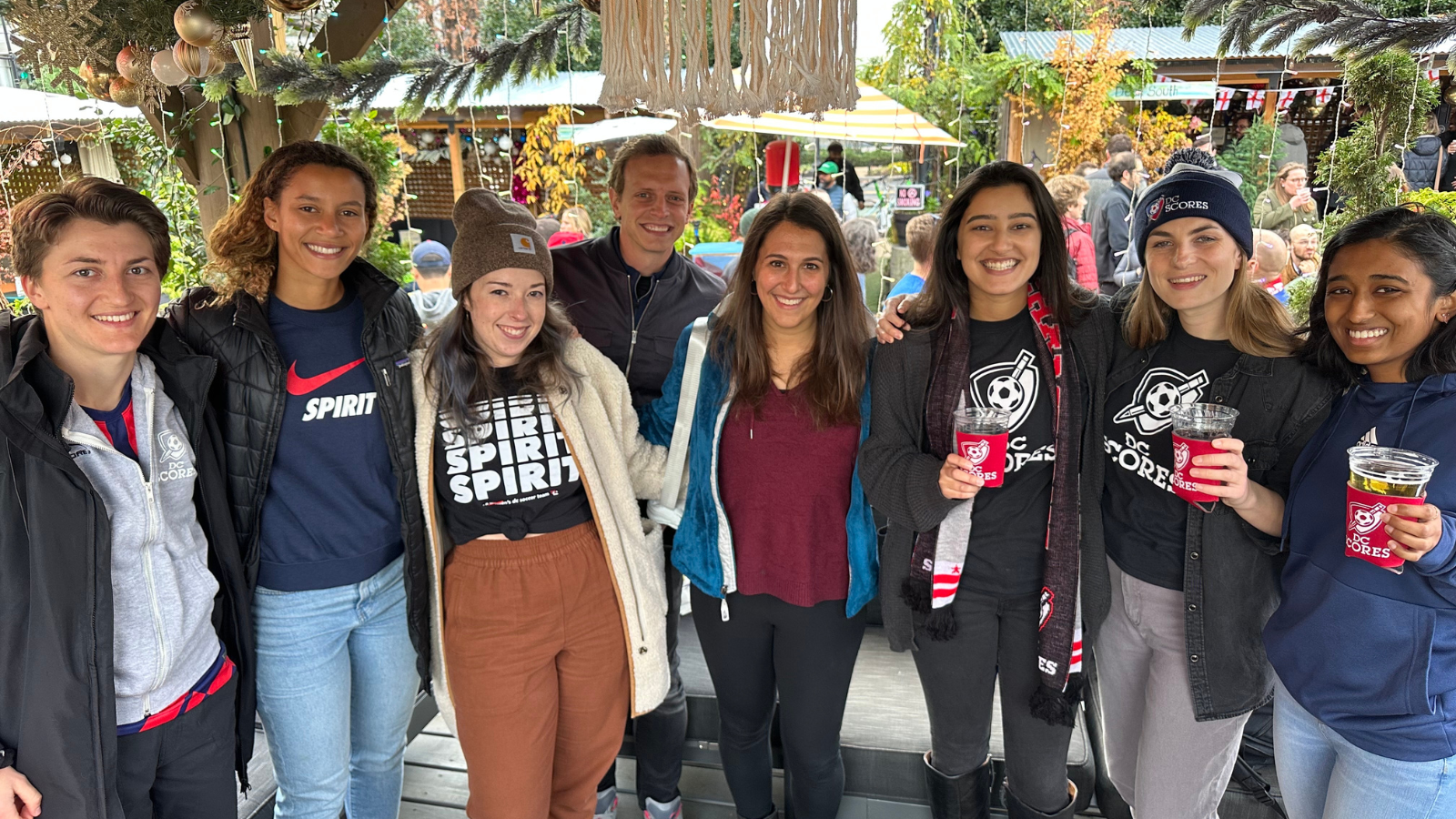 DC SCORES teamed up with the Washington Spirit for awesome merchandise giveaways all afternoon.

On November 29, DC SCORES joined the British Embassy and the Welsh Government at Wundergarten for a watch party for the England vs. Wales match. The historic rivalry between the two UK home nations was amped up as England sought to secure first place in the group and Wales attempted to avoid elimination from the competition. The bar was also home to USA and Iran fans, who showed up for a District Sports-held watch party for the highly anticipated match between the two nations.

Drink specials for the afternoon included a $1 donation to DC SCORES for every Atlas beer purchased, which attendees could outfit with a branded DC SCORES koozie. And, if guests were in the mood for additional free swag, they could pick up even more merchandise from another SCORES partner in attendance — the Washington Spirit!

For the tournament’s first Round of 16 matches on December 3, DC SCORES teamed up with local DJs and the Washington Spirit for an all-day party at metrobar. The morning kicked off with a USA vs. Netherlands watch party, where Washington Spirit players Anna Heilferty and Aubrey Kingsbury cheered on their fellow pros. 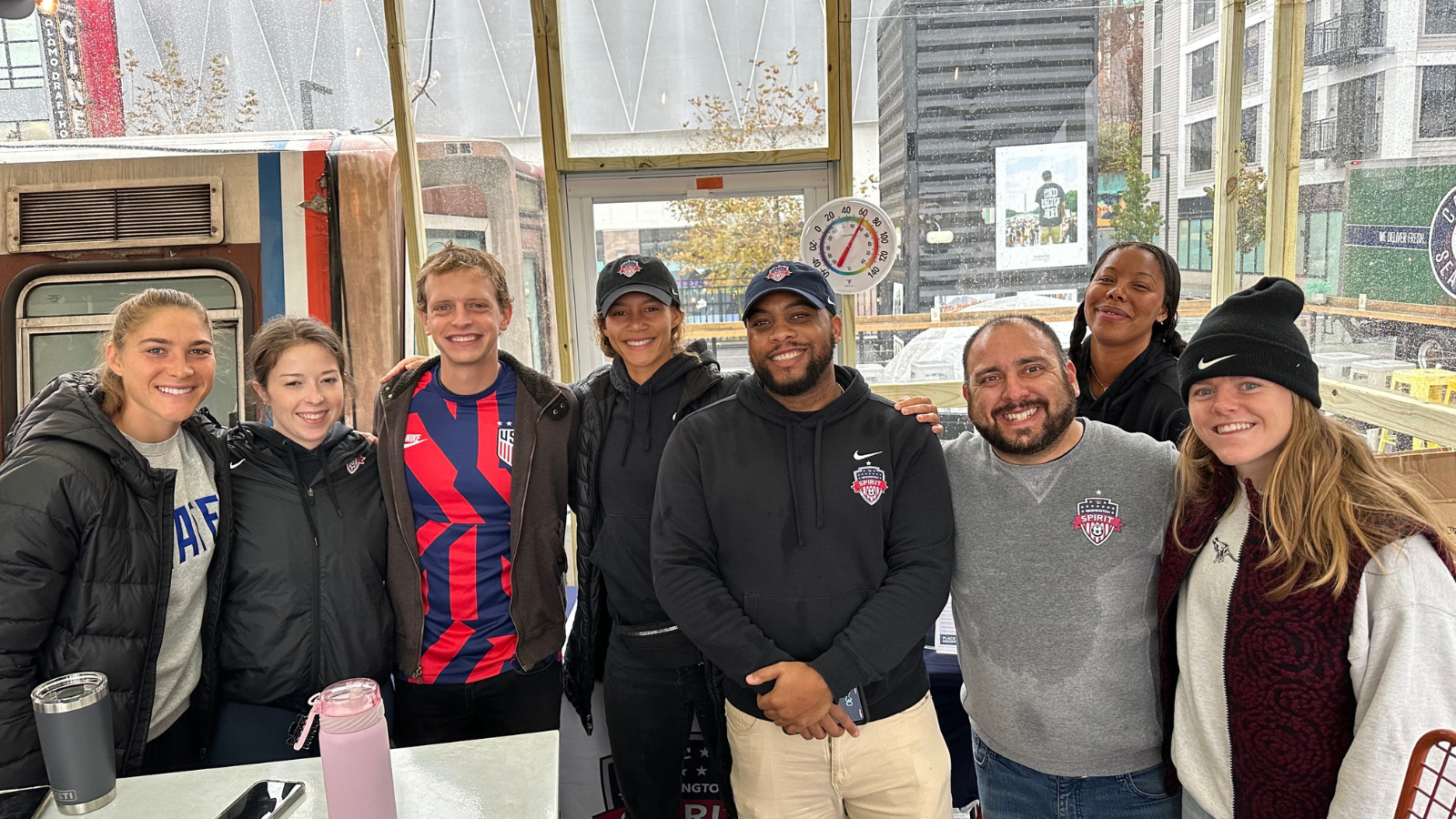 The double-header Round of 16 matches were followed up by a night of dancing and DC SCORES raffles.

In the afternoon, soccer fans turned out for the Argentina vs. Australia despite the disappointment of the United States’ elimination from the tournament. After the final whistle at 4PM, DJ sets from Mazlow, K. JIbbs, dagher, and RESONANT helped the event transition to the dancefloor, with partygoers raising money for DC SCORES through an exclusive raffle.

“Soccer and music are two of my greatest passions in life. As a kid, the field was one of the only places where I didn’t have to grow up too fast. As an adult, I’ve found the same freedom of self-expression on the dance floor and behind the decks,” said DJ Mazlow, who organized the DJ set as a fundraiser for DC SCORES. “The sanctuary and empowerment that I found in soccer and the arts is a privilege that many kids do not have access to. DC SCORES recognizes that and is actively working to change it.”

Check out the DC SCORES TikTok to see highlights from the event!

District Sports support extended beyond the USA matches, too, with their Mundial Month campaign engaging soccer fans’ love of the World Cup through watch parties and brackets supporting DC SCORES and other local nonprofits. 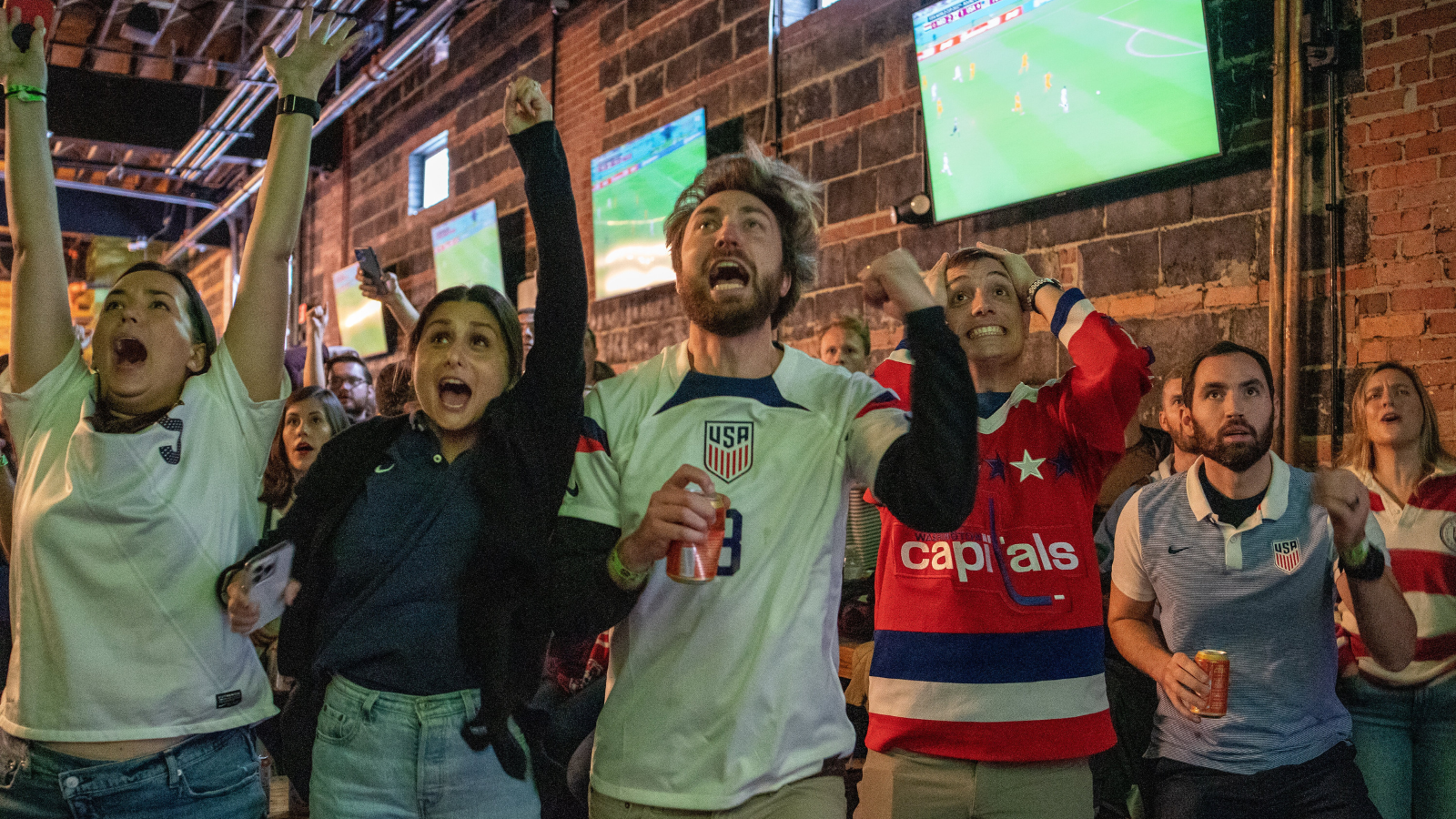 District Sports sold out all of their Hook Hall watch parties and raised thousands of dollars for DC SCORES.

The tournament also presented new partnership opportunities. DC SCORES teamed up with Tin Shop Restaurant Group for the first time to host watch parties at bars around the DMV throughout the World Cup. As part of the new collaboration, Tin Shop bars offered drink specials supporting DC SCORES with every purchase. 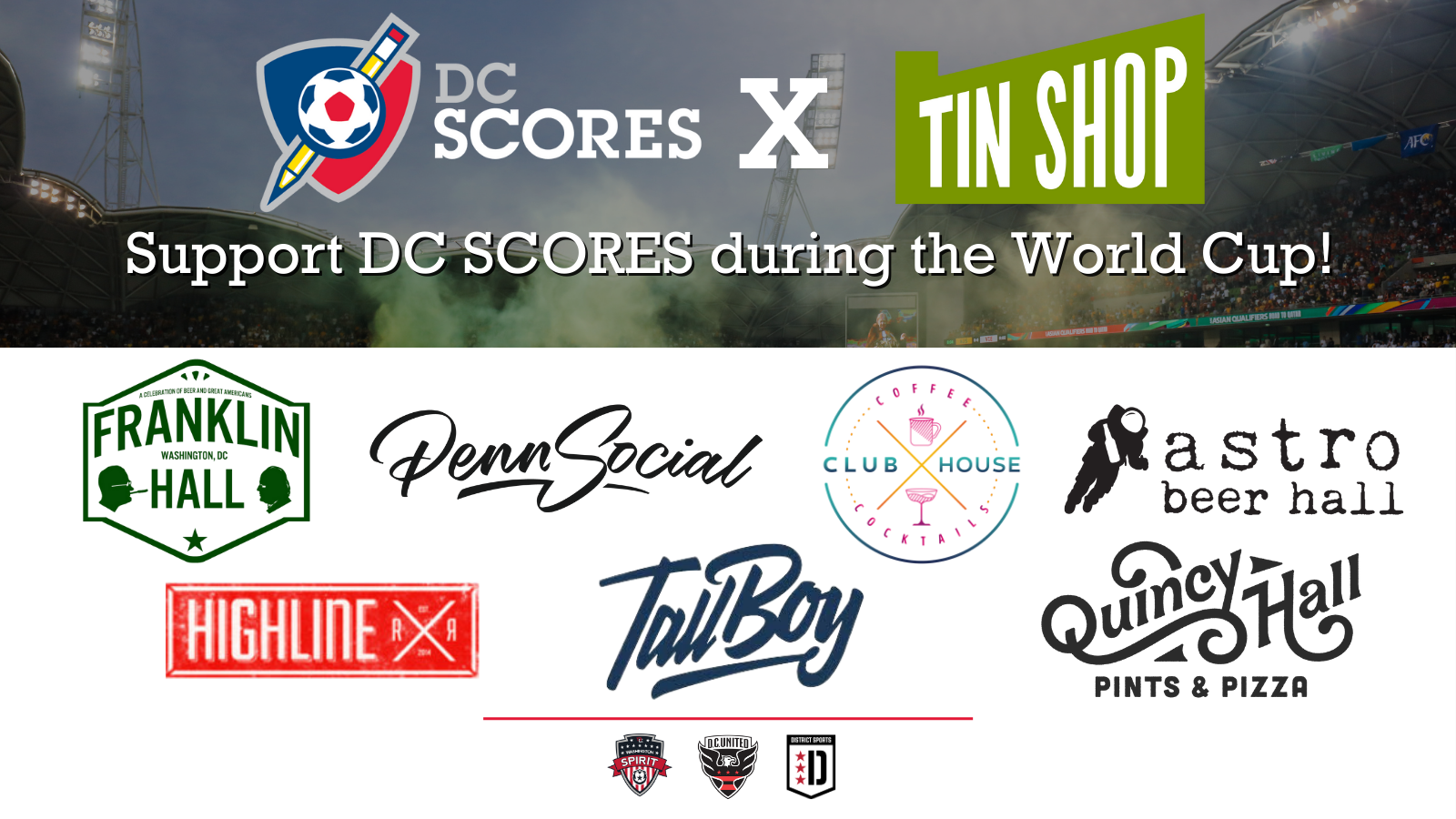 Still looking for a place to catch the finals? Check out these Tin Shop locations: 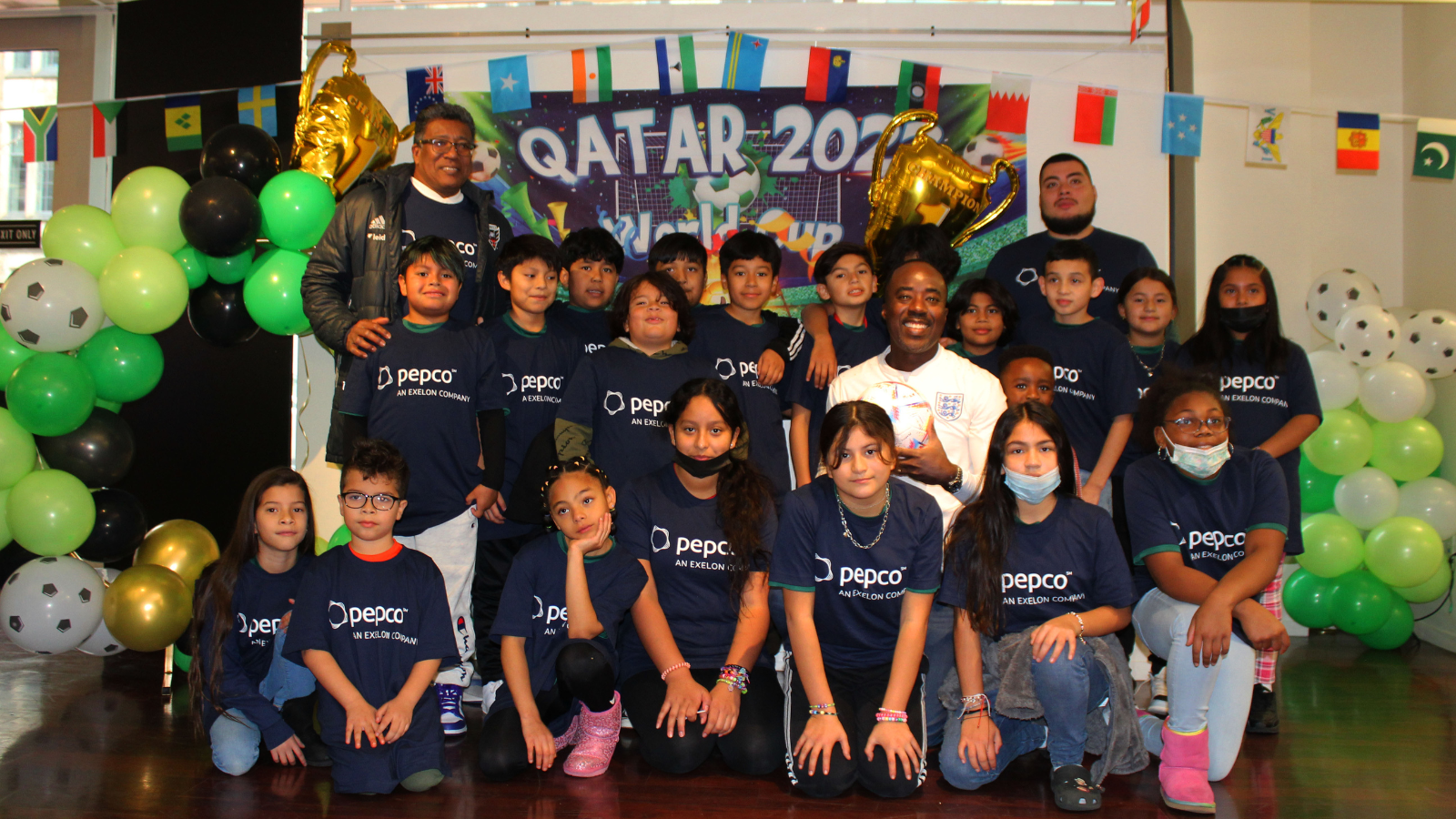 Raymond Elementary School poet-athletes cheered on both sides during the match.

“Our friends at Pepco turned their Edison Place Gallery into an awesome watch party venue, complete with games, popcorn, pizza, cupcakes, swag and more.” said Anthony Francavilla, Chief Development Officer at DC SCORES. “Our poet-athletes had a blast, and got to bring their families along for the fun as well! Pepco sponsored our Poetry Slams this year, so with the watch parties they’ve really got both sides of the poet-athlete covered!”

Want to get in on the excitement as the World Cup comes to a close? Check out the World Cup Corner and follow @DCSCORES on social media to stay in the know for the last week of matches!

DC SCORES Wrapped: Celebrating a Year of Highlights From 2022