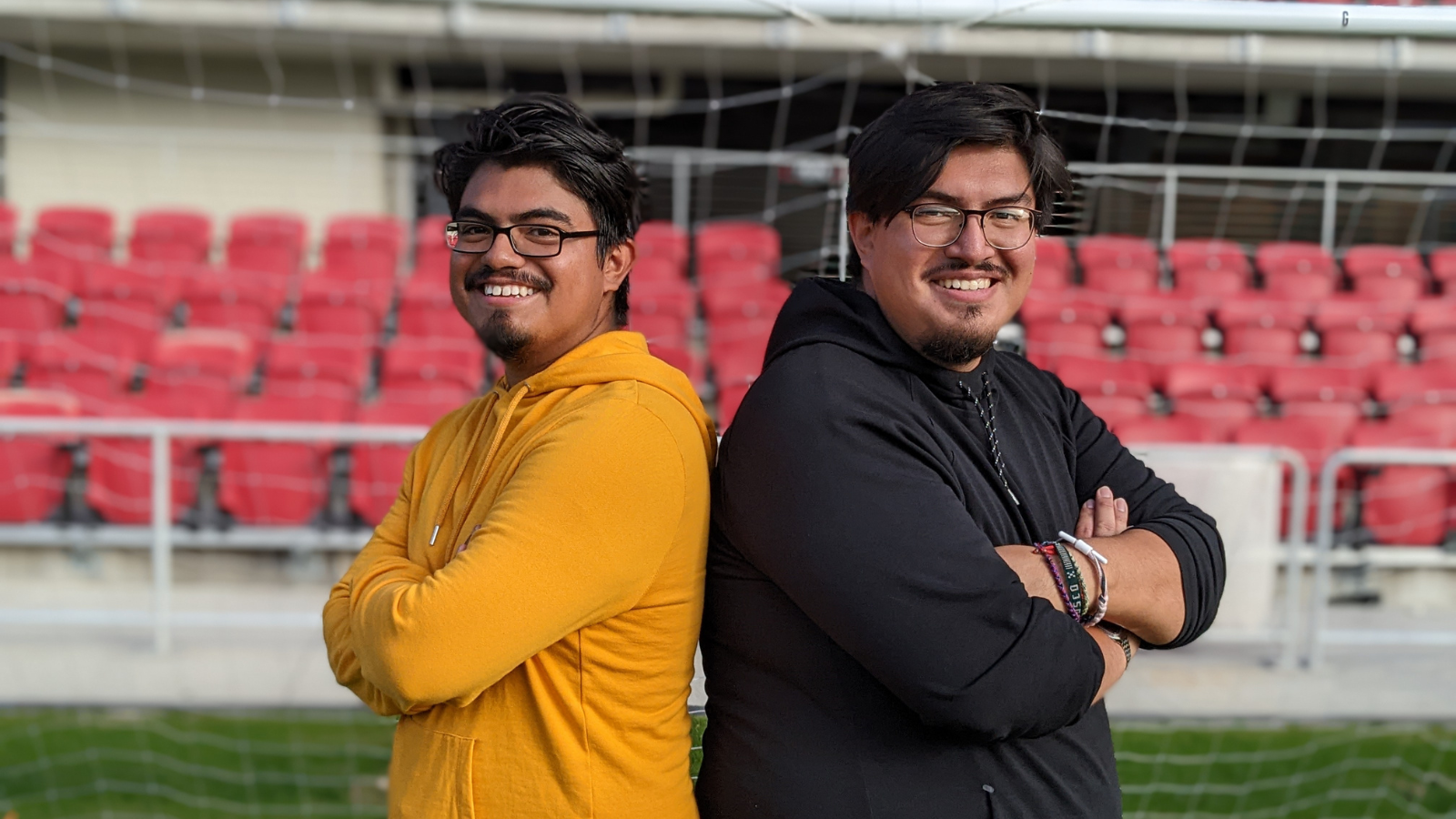 In the close-knit community of DC SCORES, it’s not uncommon to hear people refer to the organization as a family. But for brothers José and Ronald Granados, the phrase is more than just a metaphor. The siblings work together as Up2Us Fellows in the DC SCORES programs team, where they collaborate on site management, equipment administration, and coaching at an elementary school.

“We’re always with each other. There are very few things that José does that I don’t do and DC SCORES is no different!” Ronald says of the close relationship that has helped the pair find a winning formula for poet-athletes, on and off the field.

“Working together comes pretty easily to us, but our bond has deepend since we started at DC SCORES. It lets us work off each other,” says José.

“There was always a soccer ball with us,” says Ronald of the childhood he shared with José.

The youngest of seven siblings, the brothers spent their earliest years in Los Angeles. On sunny afternoons, their father would take them to play soccer in the nearest park. “We’d always be kicking the ball around. Our dad would try to teach us how to play with the ball, how to pass it around,” Ronald recalls. 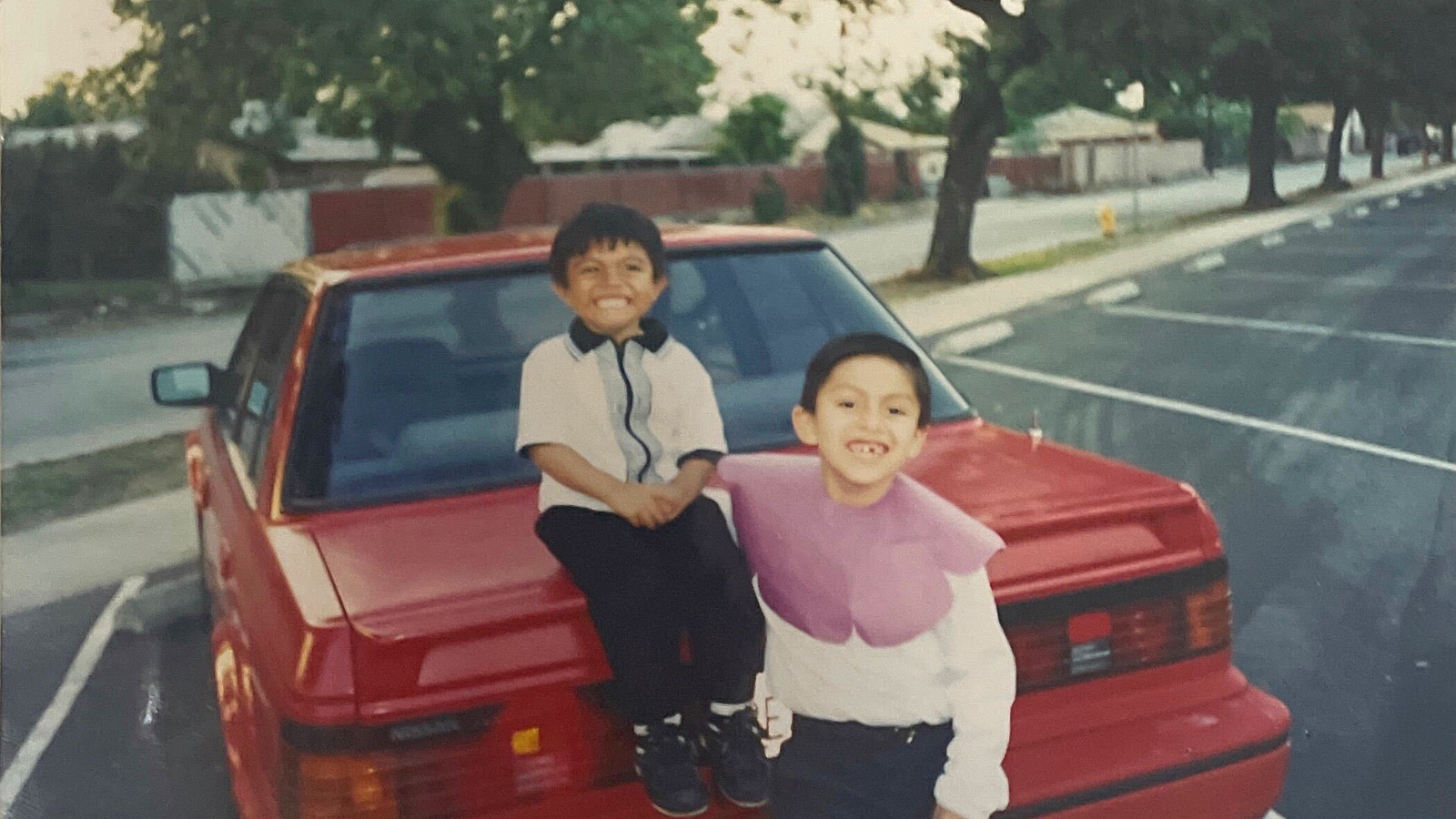 The youngest of seven siblings, José (left) and Ronald (right) have been inseparable since childhood.

Eventually, the Granados family relocated to the U Street neighborhood in Northwest DC. On Sundays, José, Ronald, and their father would make the journey across the city to the RFK training grounds in Northeast to support their neighborhood team, La Chapín, in La Super Copa, a D.C. United-run community league.

La Chapín — named for Chapin Street, the road in Northwest where many of the players lived, and the colloquial term chapínes, which is affectionately used by Guatemalans to refer to themselves — was popular among U Street’s Latin American residents. Both brothers fondly remember the 2010-11 season when the team made it to the La Super Copa semi-finals in front of a crowd full of ecstatic neighborhood families.

“I remember all the kids running onto the field at halftime and Dad pointing out who was who’s kid,” says Ronald. “It was a real family event.”

Today, U Street is a hotspot for large development companies seeking to cash in on the neighborhood’s rapid gentrification. But José and Ronald remember the area before the luxury condo buildings and high-end stores arrived.

“The original neighborhood we grew up in has changed a lot,” says José, who remembers walking past buildings damaged during the 1968 DC Riots and left abandoned for decades afterward.

But lack of investment from government and corporate institutions didn’t stop local community members from creating opportunities of their own. 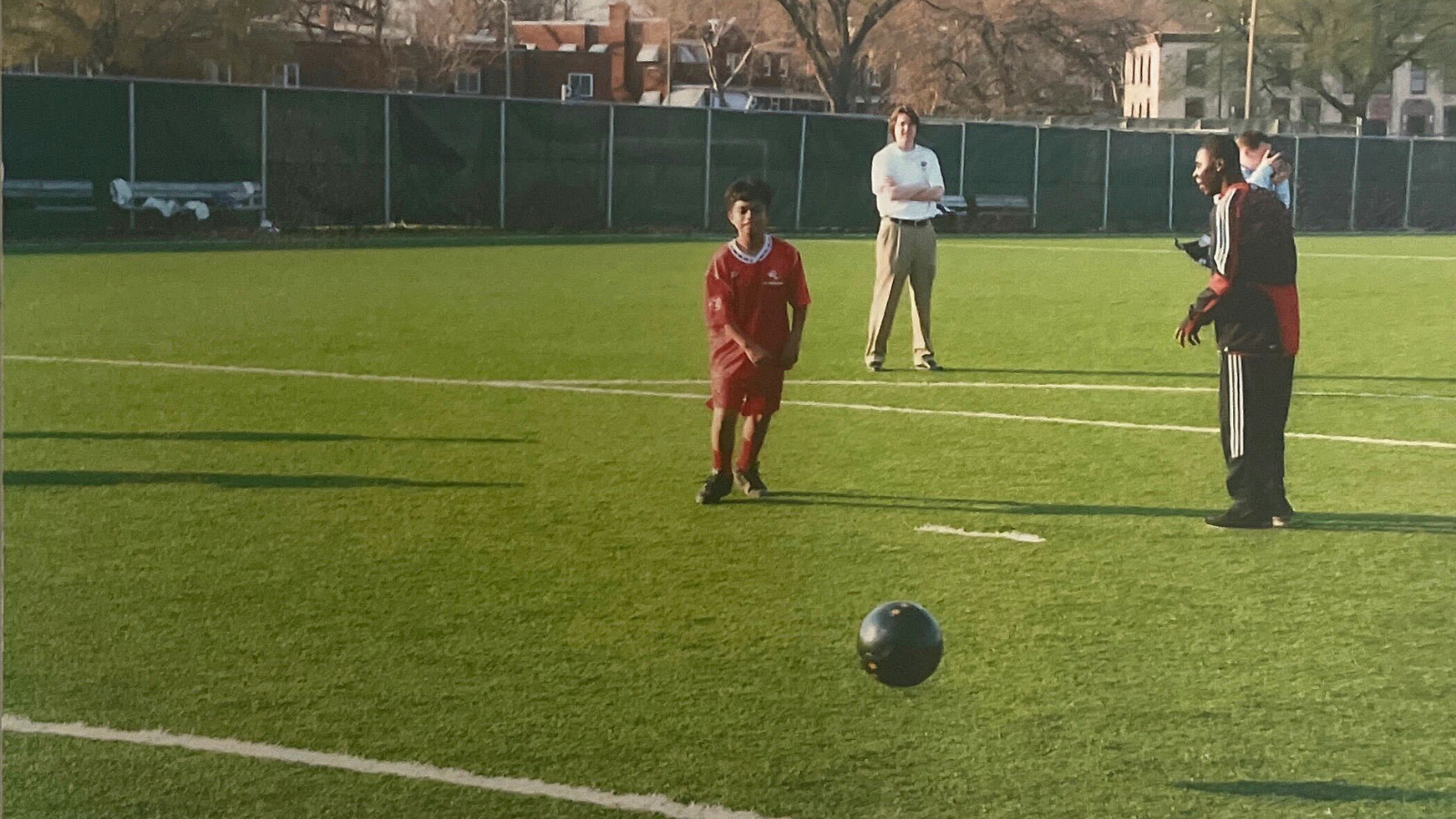 While playing soccer in Malcolm X (Meridian Hill) Park, José and Ronald bumped into a neighbor who told them about a boys’ elementary school team run by Edmundo Miholo, a DC SCORES coach working at Children’s Studio School.

The boys attended Children’s Studio briefly, but had to leave the DC SCORES team when they moved to another school in the area. Fortunately, Miholo also coached a neighborhood team, which he set up for local kids with a passion and flair for soccer. “He took us in,” says Ronald. “He’s someone who really helped us, mentored us in soccer, and gave us something to do besides sitting at home.”

“The Kids Opened Up More”

This first experience of team soccer was especially significant for José. “Coach Edmundo really inspired me,” he says. “He didn’t just stand on the sidelines and yell. He slowed things down for kids and was always laughing. Now, I do the same when I’m coaching. If you show kids you’re enjoying yourself, they will, too.”

He set his sights on an ambitious professional goal: to coach his favorite team, Real Madrid CF, to the Champions League final. José began looking for ways to gain coaching experience and Gerson Quinteros, a DC SCORES coach at his high school alma mater, Capital City Public Charter School, brought him on as an assistant.

Within just a few months of coaching at Capital City, the younger Granados brother began noticing the positive impact DC SCORES was having on his students. “The kids opened up more, they became more comfortable, and that is what we were seeing in their school life, as well,” he says.

So, when the nonprofit asked José if he would be interested in applying for an Up2Us Fellowship at DC SCORES, José leaped at the chance.

Up2Us trains sports-based youth development coaches and places them with local organizations that support young people in urban areas. “Through coaching, I could see the benefit of DC SCORES around the city,” he remarks. “It was easy to say yes to that opportunity.” 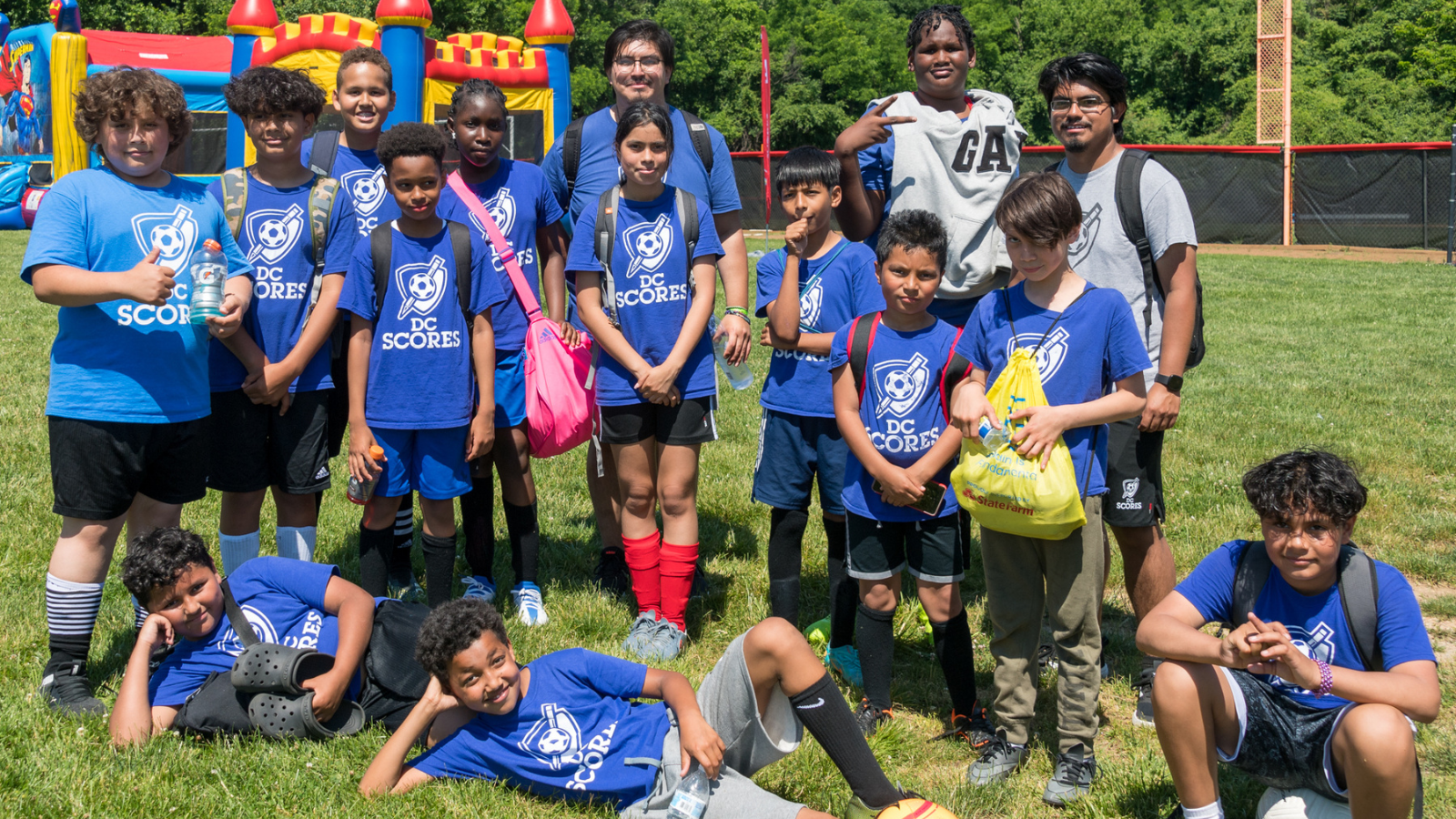 José alongside his Capital City elementary school team at the DC SCORES Jamboree festival this summer.

Watching José’s progression through the organization was inspiring, says Ronald. “As the older brother, I’ve always supported José,” he remarks. “But seeing his growth, from him joining as an assistant coach, to him taking over the team, to getting to work in the office, was really nice.”

Ronald often volunteered with José’s Capital City DC SCORES team and, earlier this year, he applied for an Up2Us fellowship himself. Since September, he has been working closely alongside José at DC SCORES.

“Ronald makes me late for everything!” José teases. “But, it’s still really fun to work with my brother.”

The brothers’ approaches to punctuality are examples of their different work styles. José is more “process-driven,” while Ronald says he prefers a more “relaxed” approach. But the contrasting techniques have proved fruitful, providing a balance between the brothers that works particularly well for their students. “It’s always a good mix when we’re both working together,” Ronald says.

This season, José and Ronald have drawn heavily on their combined strengths as they help their Capital City team rebound after COVID-19 lockdowns. “They’re a different group of kids, in terms of the behavior,” says José, who explains that his students have struggled with social interaction more than in pre-pandemic years.

But this challenge has also made their coaching more rewarding. “Many of our kids never got a chance to play soccer third through fifth grade,” says Ronald. “Each game, you track them getting better. It’s always good seeing that growth from them.”

After seven years of coaching, many of José’s first students are preparing to graduate high school. “Some of them were so timid, so shy, and now they’re on their high school varsity soccer team!” Ronald says proudly of his brother’s students. 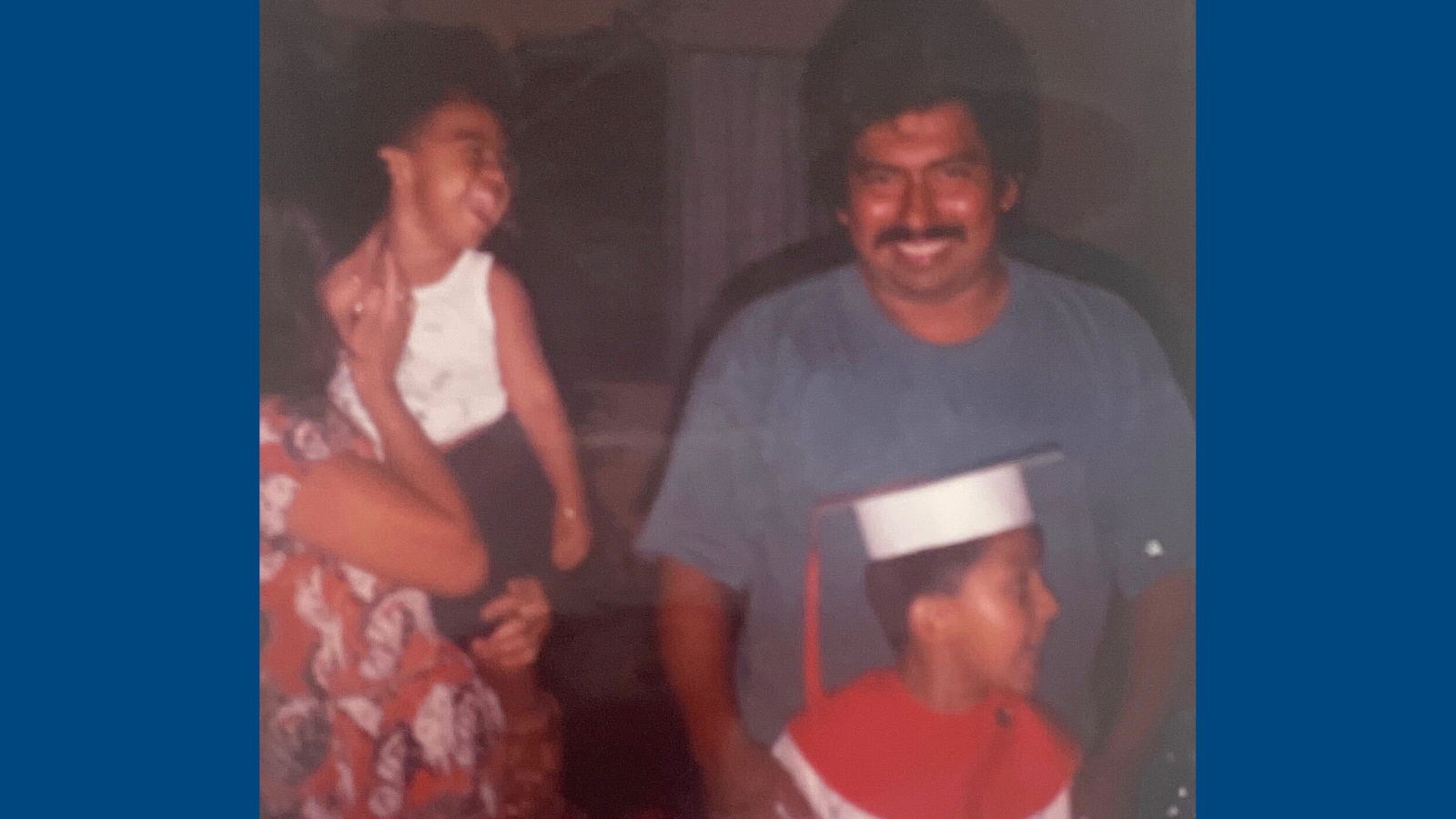 José and Ronald with their parents. Today, multiple generations of the Granados family participate in DC SCORES.

José and Ronald have two nieces who are on the McFarland Middle School DC SCORES team and another who plays soccer and writes poetry through the program at Truesdell Elementary School. But the brothers say that their family get-togethers aren’t the only occasions when you can witness the enduring, generational effect of DC SCORES.

“You see it every day,” stresses José. “I’ll drive by high-schoolers playing soccer together and half of them are in DC SCORES t-shirts. Our legacy is the number of kids out there who we’ve given the opportunity to express themselves, on the field and on the stage.”

Coach Fabiana Duarte Explains How Diversity, Determination, and DC SCORES is Paying Off for District Kids