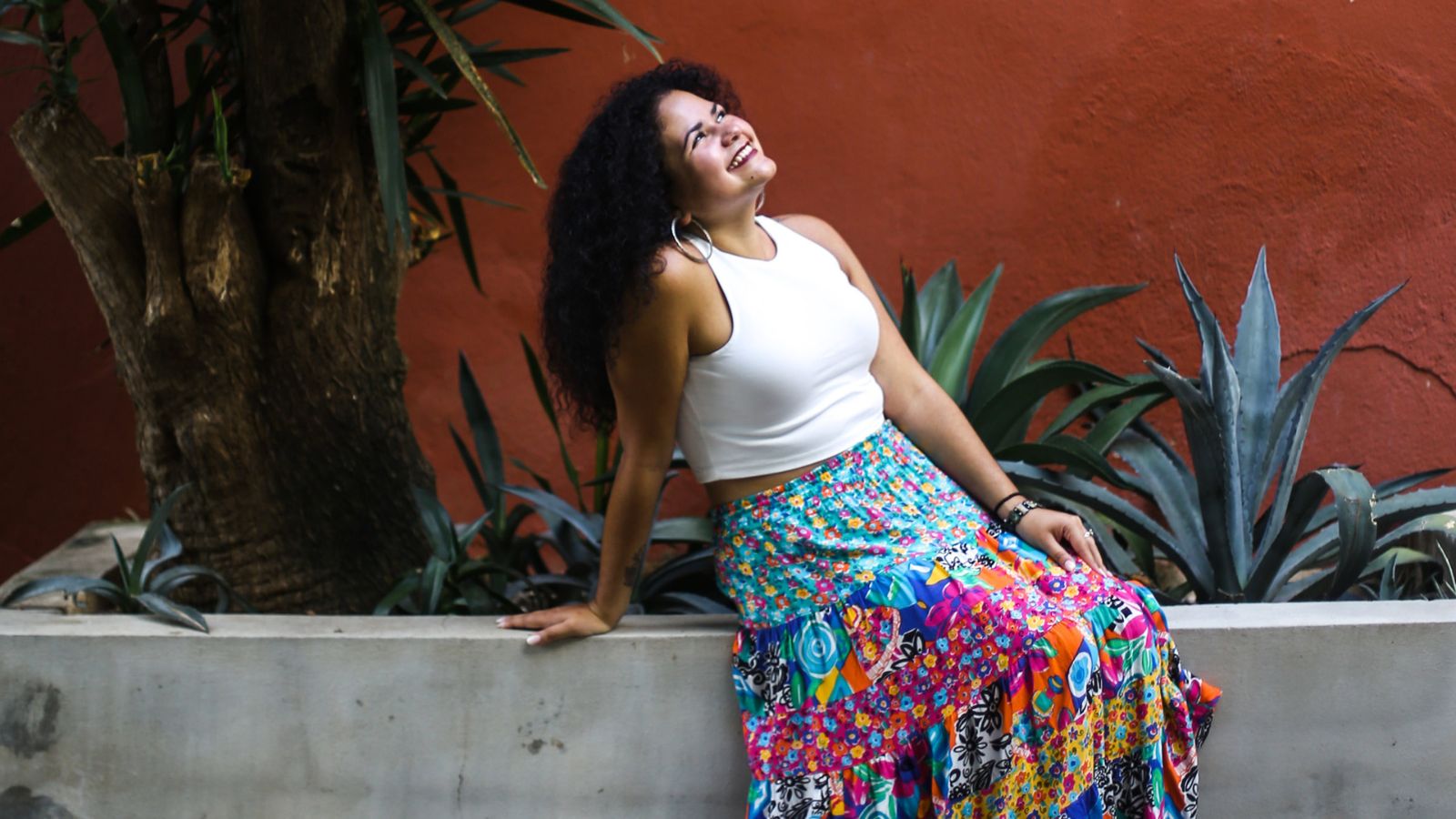 “I kind of joke about this, but it’s become my signature poem,” Figueroa Ramírez says. “I wrote that thinking about what I would like to have heard growing up.”

Integrating powerful self-expression with multi-generational teaching is a hallmark of Figueroa Ramírez’s work on the page and in the classroom. As a teaching artist leading the writing component of DC SCORES’ award-winning soccer, spoken word, and service-learning program, Figueroa Ramírez helps more than 3,000 poet-athletes to build confidence and self-worth through poetry and performance.

“I’ve seen youth enter workshops very reluctant to try poetry and, an hour later, they’re standing up sharing poems about their families, their neighborhoods, their experiences!” she shares. “Sometimes they smile, sometimes they get emotional, but they always feel the warmth of the room.”

Though she was born in Puerto Rico, her father’s military career meant that Figueroa Ramírez moved around the United States during her childhood. Despite twice-a-year visits to family and friends on the island, Figueroa Ramírez says it was hard not to become “Americanized” and detached from the Puerto Rican part of her culture.

Articulating her own identity was made doubly difficult by U.S. misconceptions about race, Figueroa Ramírez adds. “In my culture, our African ancestry is pretty dominant,” she explains. “But even though Puerto Rico and a lot of Latin America is a hodgepodge of European, African, and Indigenous cultures, a lot of the time that gets erased.”

As a teenager, she turned to poetry, partly as “a form of self-care” and partly as an attempt “to try to undo that erasure.” Figueroa Ramírez vividly remembers the first time she performed one of her poems just after college; the piece explored her intersectional experiences as a Black, Latinx woman living in the United States. Afterward, a Middle Eastern audience member sought her out to thank her for the performance. “She was saying that she felt the same way,” explains Figueroa Ramírez. “That’s where I realized the impact my poetry could have.” 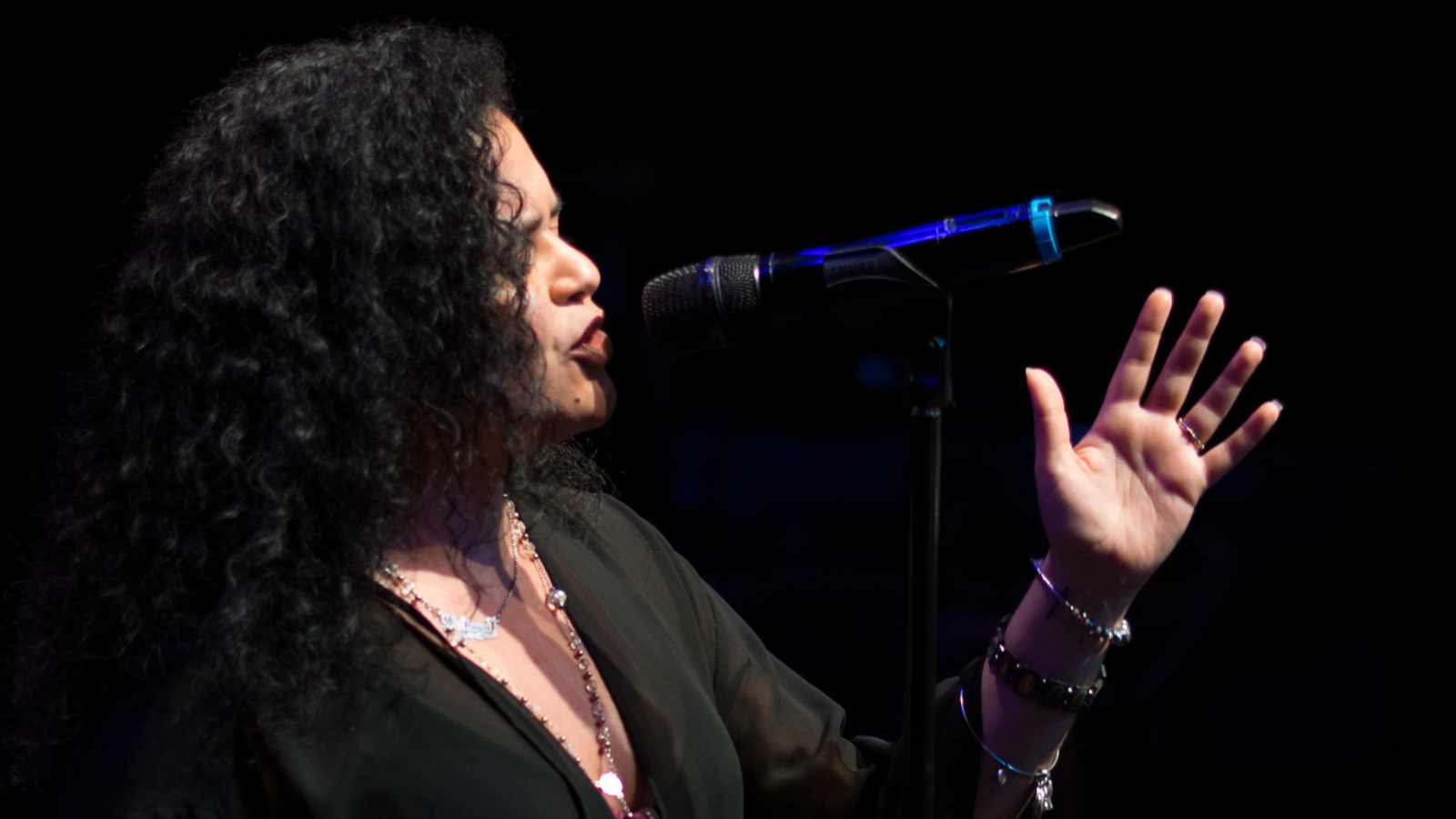 In addition to teaching poetry workshops, Figueroa Ramírez regularly performs her work at events in DC and across the United States.

It was in high school, when she first read works by Puerto Rican writers such as Julia de Burgos and Willie Perdomo, that Figueroa Ramírez began to consider a career as a professional poet. “I started seeing faces that were more like mine,” she recalls. “That’s when I realized, maybe I can do this, too.”

After majoring in English at college, Figueroa Ramírez sought out poetry-focused professional opportunities and connected with VONA, a community organization that provides workshops and mentorship programs for writers of color. It was through VONA that she began working with Perdomo, the writer whose work had so inspired her as a teen.

This artistic trajectory deeply influences Figueroa Ramírez’s work at DC SCORES. As an artist inspired by writers who share her Afro-Latinx background, she strives to introduce poet-athletes to works that speak to their experiences. In May, Figueroa Ramírez hosted Dominican-American poet Elizabeth Acevedo at Our Words Our City, a poetry showcase that highlights the work of DC SCORES students alongside professional spoken word artists.

“Representation is important. Elizabeth is an Afro-Latinx poet, she’s from the DMV area,” explains Figueroa Ramírez. “Many of our students are Latinx so it was important to me to have her, so poet-athletes could see someone they could relate to in that way.”

Making poetry relatable also means meeting children where they are. More than 40% of DC SCORES poet-athletes identify as Hispanic or Latinx, and many of them speak Spanish as their first language. “If I notice that poet-athletes feel more comfortable speaking in Spanish, I’ll speak to them in Spanish or walk them through a little bit of the lesson in Spanish,” Figueroa Ramírez says. “I’ll encourage them to write in Spanish. It’s encouraging them to be themselves.”

Listing a series of stereotypes about the District’s Latinx population — that everyone in the community arrived in the city by crossing the border, that all Black Latinx people are from the Caribbean, that Latin American residents don’t speak English — Figueroa Ramírez underlines the many ways that Latinx children’s experiences are misrepresented.

“We’re not a monolith,” she stresses. “There are so many different experiences within the community, so much intersectionality, complexity, pain, healing, beauty, and power.” 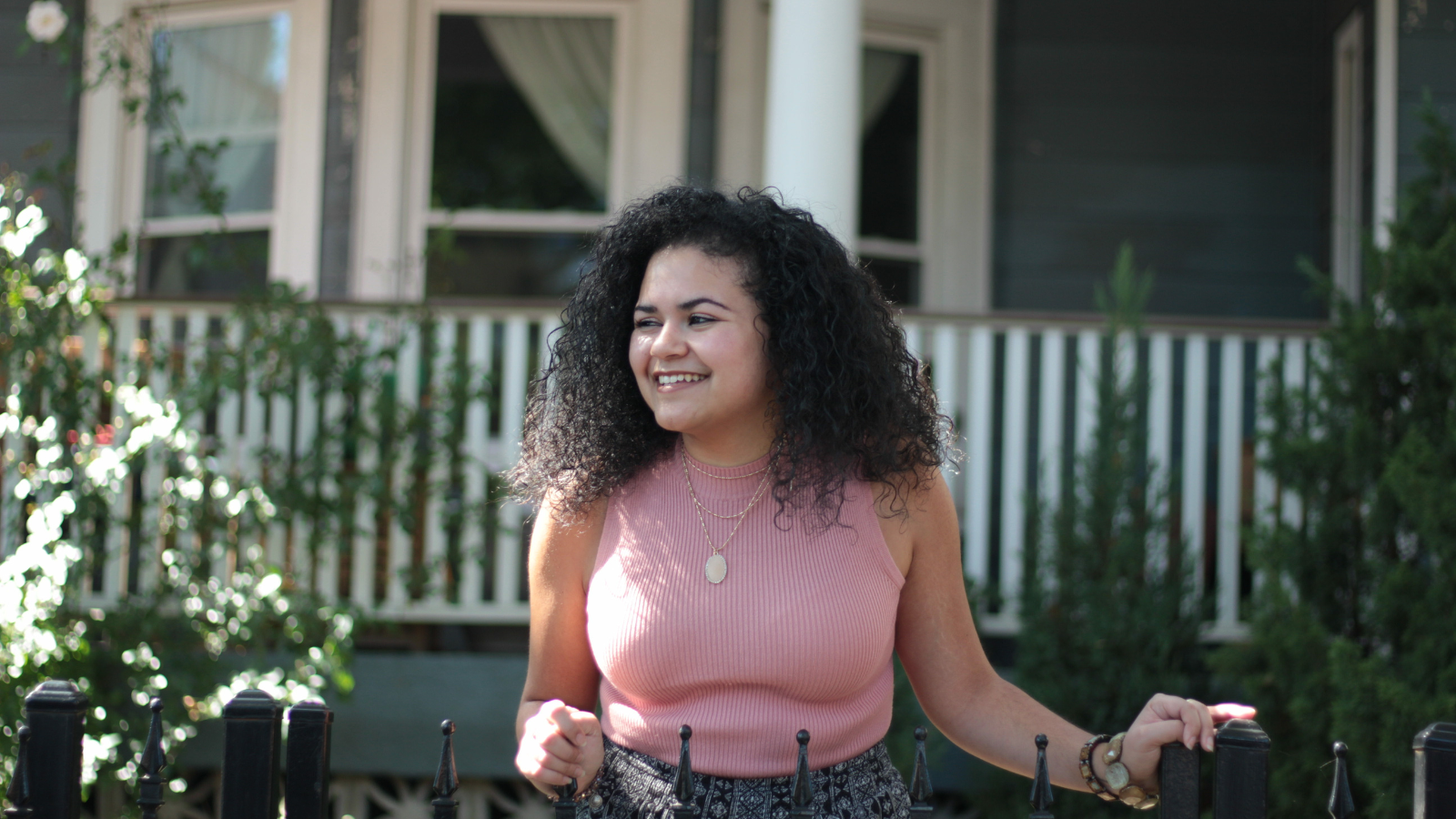 For Figueroa Ramírez, DC’s poetry community has been a space where Latinx people can celebrate their diversity and build cross-cultural connections with one another. For instance, she says, “There’s a lot of Salvadorans in this area and there could have been a time when maybe I felt like I couldn’t relate to them, or they couldn’t relate to me. [Being in the DC poetry community] opened up an opportunity for more closeness.”

And, just as her first performance once inspired a Middle Eastern woman in her audience, Figueroa Ramírez believes that poetry can bring people from disparate cultural backgrounds together. She advocated for DC SCORES to translate its resources into Amharic, the predominant language spoken by the more than quarter of a million Ethiopians who live in the DMV, and has introduced her students to a range of work by international poets from Latin America and the Caribbean to Sub-Saharan Africa.

“There’s more camaraderie,” she says. “What I’ve always noticed coming into the DC poetry community was the welcome, the belongingness, the warmth.”

Readers can support DC fundraising for Hurricane Fiona relief efforts in Puerto Rico at these District businesses, which are donating a portion of their profits to organizations working on the island. Readers outside the District can support relief efforts by donating essential items, such as first aid kits, water filters, and solar lamps, to Brigada Solidaria del Oeste, a Puerto Rican mutual aid group, or by making financial contributions to Global Giving’s Hurricane Fiona Relief Fund or PRxPR.