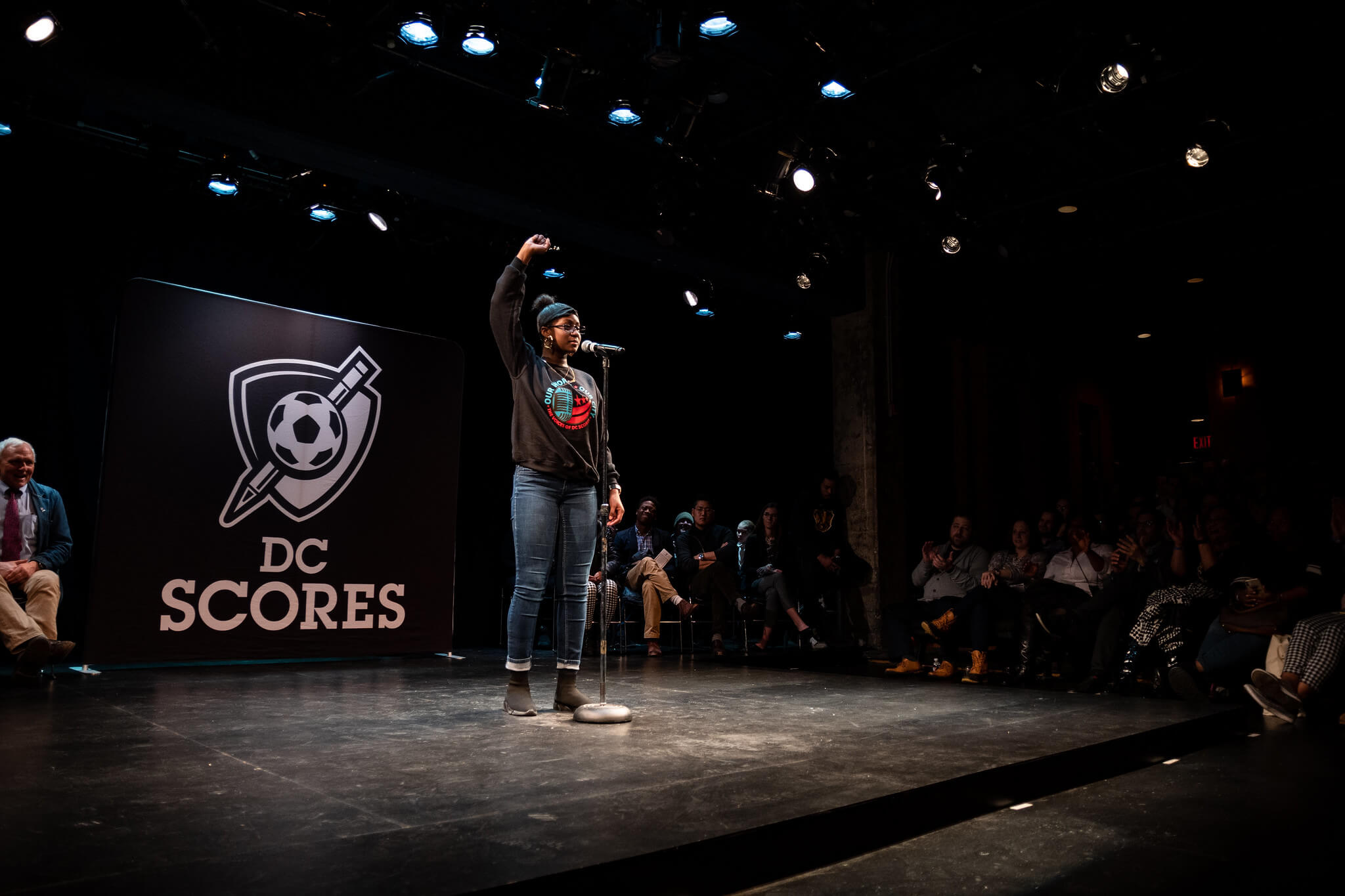 2020 Our Words Our City Photo Album

Studio Theatre once again opened its doors for another edition of Our Words Our City on Thursday, February 6, 2020. The sixth edition of this black box theater poetry showcase had a special aura to it as DC SCORES continues celebrating its 25th anniversary.

This year’s Our Words Our City celebrated the past, present, and future of DC SCORES with 16 poet-athletes taking the stage, alongside professional spoken word artists, including featured poet of the event and longtime supporter, Clint Smith.

The show started with the host of the night and DC SCORES Director of Creative Arts and Education, Charity Blackwell. She kicked off the event by welcoming the audience members and introducing two of the Our Words Our City Host Committee members – DC Councilmember, David Grosso, and Host Committee Chair, Anne Woodworth – who thanked everyone in the audience for their support of DC SCORES.

To honor the 25 years of DC SCORES, the night followed the theme of the past, present, and future, as all 16 poet-athletes and alumni that performed represented one of the stages of our history.

Throughout the night, professional spoken word artists, including former National Slam Champion, Jacob Mayberry “Black Chakra”, and D.C. Youth Poet Laureate, Marjan Naderi, showcased their talent during the event. The audience also enjoyed a special performance from Kimball Elementary School Principal, Johann Lee, who performed a piece he wrote while he was a teacher to inspire his students.

Of course, it isn’t an Our Words Our City without a community poem. This crowd favorite activity involved three distinct poem prompts passed around the theater for each attendee to contribute their own poetry. The prompts included “25 years ago I was…,” “TODAY I WILL” acrostic, and “Dear young poet-athletes.” 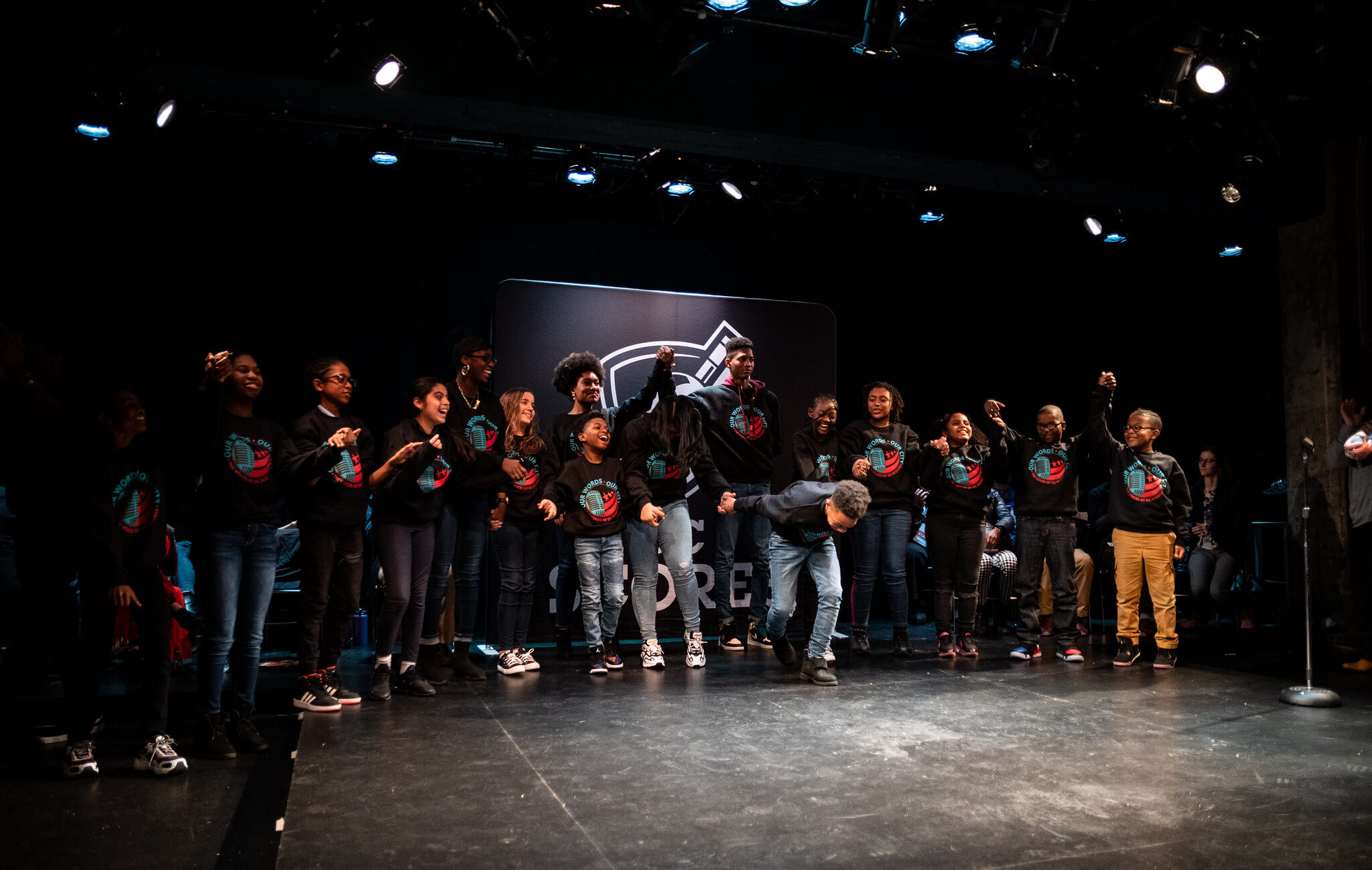 There’s no question that the words of night’s performers resonated with everyone in the theater. Our Words Our City continues to be an extraordinary opportunity to give DC SCORES poet-athletes and alumni a stage to share their experiences and showcase their talent.

A special thank you goes out to all the attendees, the Studio Theatre staff and Ghibellina, for catering food for the event. This experience would not have been made possible without the support of the community, and the countless hours of hard work put in by Charity, Spoken Word Fellow, Carlynn Newhouse, and Operations Manager, Greta Adjei Silas.

To summarize the night, host committee member Hiram Larew, put it best – “A memory-making evening. Thanks to all the magicians who made it shine.”

Blooming into another Spring SCORES season