The setting was perfect. There was no chance of rain this year so the fields at the Maryland SoccerPlex were ready for the action. Everything was set-up to receive over 40 teams for the 17th Annual DC SCORES Cup to benefit DC SCORES.

The largest annual charity soccer tournament in the region took place on Saturday, June 22, 2019, where over 600 participants from companies around the greater Washington, DC area gathered to compete for bragging rights and support a great cause.

DC SCORES Chief Executive Officer, Bethany Henderson, spoke to all the teams after their first couple of games to thank them for participating so more kids in DC get the opportunity to play as well. During this time, players also had the chance to view the America SCORES commercial that was donated by Volkswagen and has been playing during World Cup games!

Numerous well-known company logos printed on colorful shirts played on 10 fields in over 100 soccer games. The day-long tournament didn’t culminate until four teams hoisted up the coveted trophy for each division.

When the teams weren’t on the pitch, players got to enjoy lunch from Mission BBQ and sit back and watch FIFA Women’s World Cup games on a jumbotron throughout the day. Longtime supporter, DrinkMore Water also made sure everyone stayed hydrated throughout the warm, soccer-filled day. 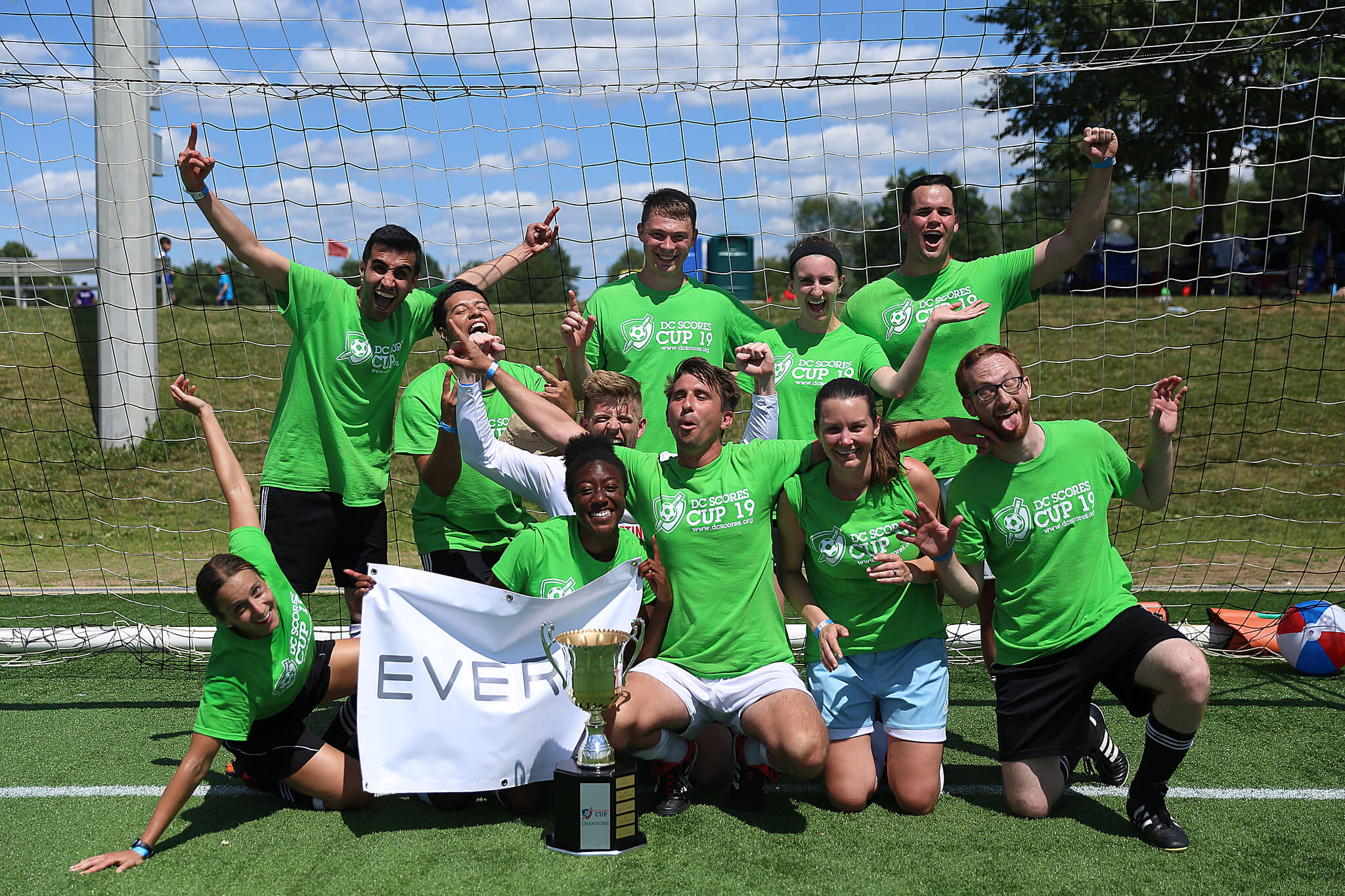 Thank you again to all 42 participating companies and firms (including multiple-team entries!) that showed up for DC kids!

To learn more and get a head start on 2020, check out www.DCSCORESCup.org.

Making an impact in the community through service-learning projects