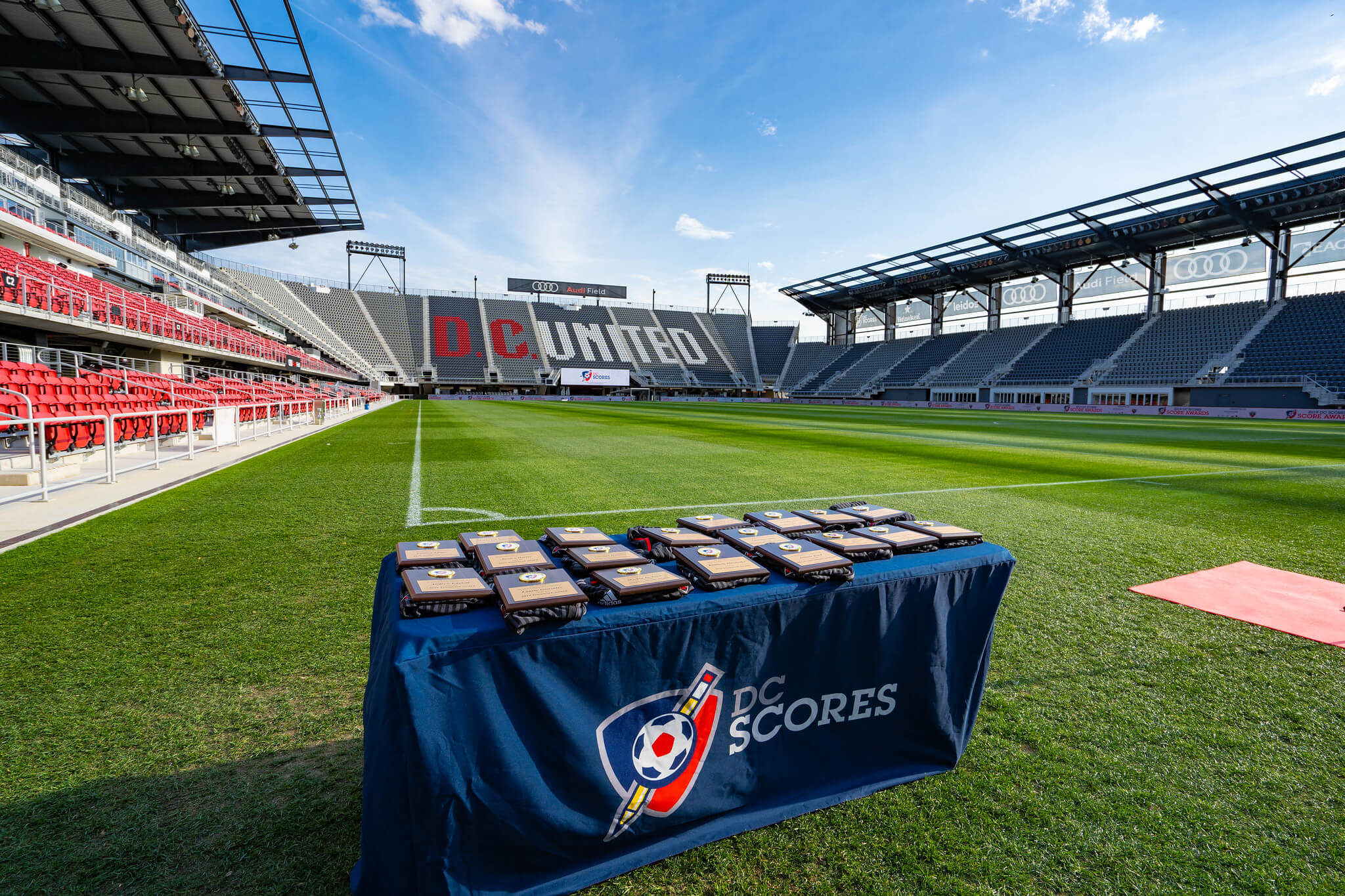 Over 200 coaches, volunteers and supporters gathered at Audi Field during Teacher Appreciation Week for the 7th Annual SCORE Awards.

The perfect weather and breathtaking venue set the stage for an amazing evening to honor all of the people that make DC SCORES possible for the 3,000 poet-athletes across the city.

As the Spring SCORES season wraps up next month at Jamboree, SCORE Awards serves as a time to stop and reflect on another successful season filled with tons of soccer games (when it’s not raining) and thoughtful and meaningful service-learning projects that will benefit the community.

Once the reception started, the Heineken MVP Club filled up quickly with attendees enjoying fresh empanadas and pies from Timber Pizza, as they overlooked the pitch where Wayne Rooney and Luciano Acosta work their magic.

The program started with remarks from Chief Executive Officer, Bethany Henderson, and the introduction of Ward 4 Councilmember and DC SCORES advocate, Brandon Todd.

This year, three coaching teams and 9 individuals received awards recognizing their hard work for making this program possible. As a special token of appreciation, each award recipient received a customized plaque and D.C. United jersey, given out by Councilmember Todd and D.C. United player, Akeem Ward.

See below for the award winners. 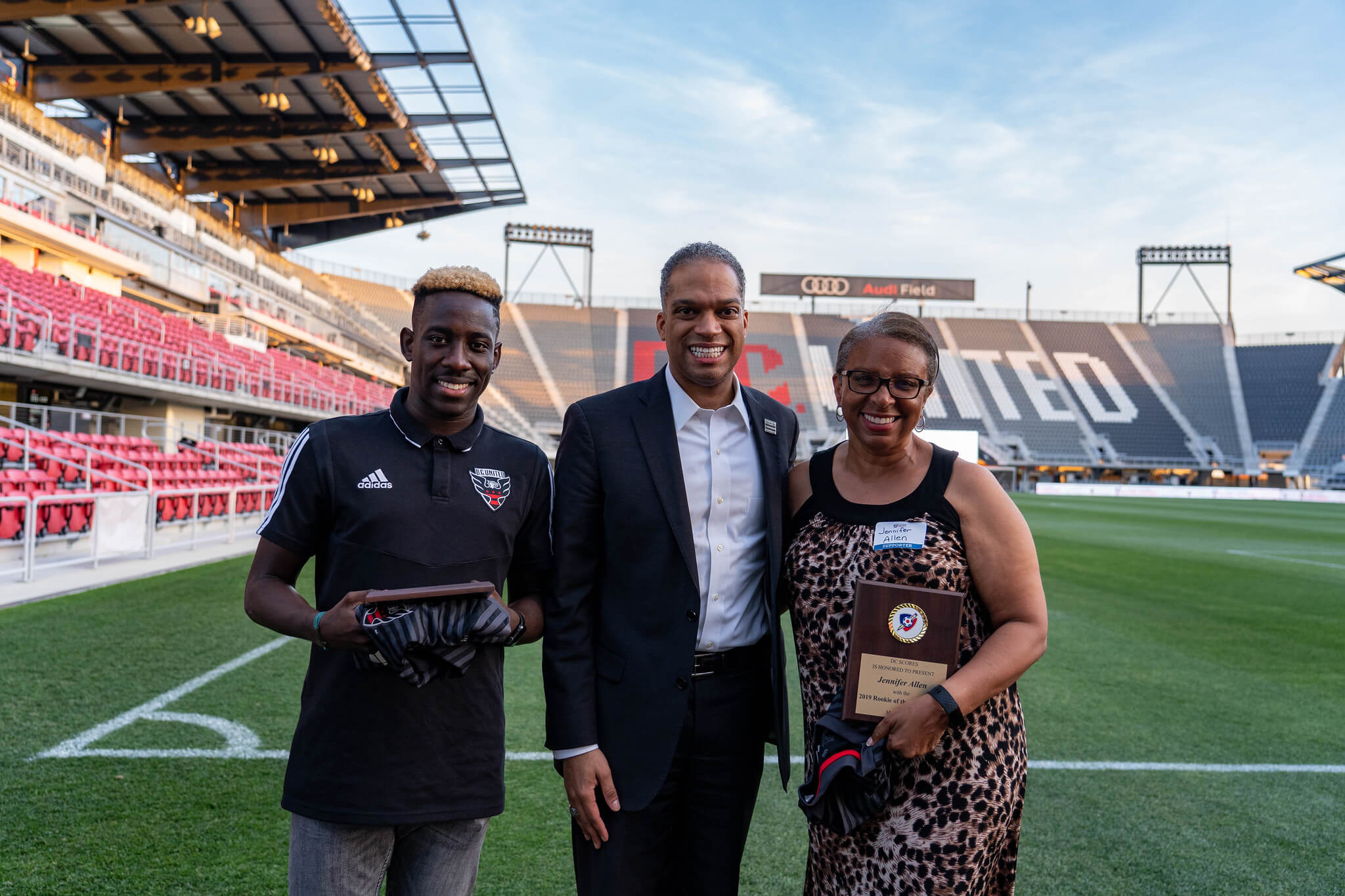 In between the award ceremony, attendees witnessed heartwarming spoken word performances from Danny and Kemiya from Our Words Our City, who wrote original poems for their coaches thanking them for all they do for their teams. It’s safe to say there wasn’t a dry eye in the house!

This memorable event would not have been possible without incredible sponsors and supporters including D.C. United, Volkswagen Group of America, Levy and Timber Pizza! 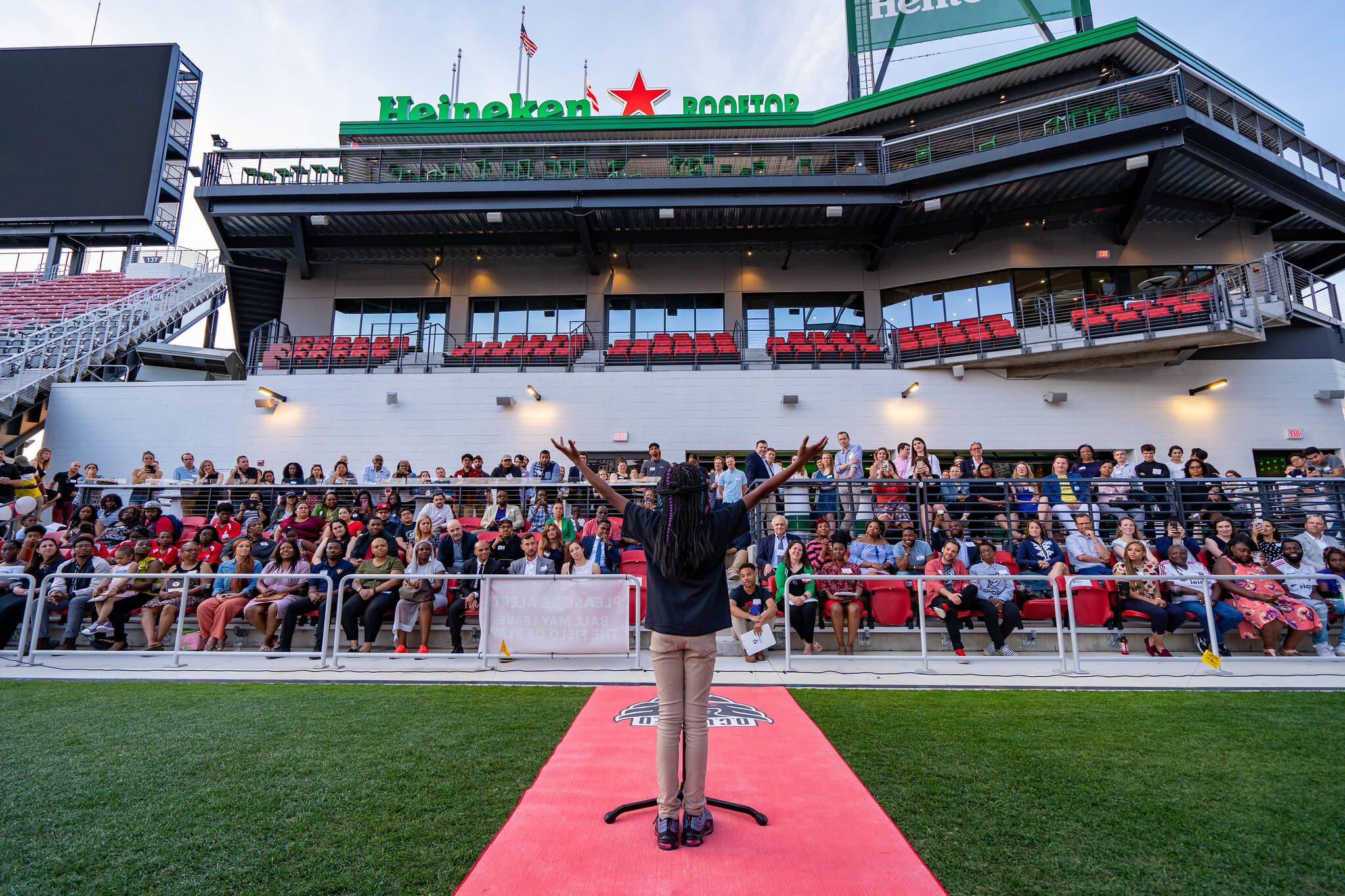 The impact DC SCORES has on kids in DC is achievable because of the coaches, volunteers and supporters that make it a reality. Thank you coaches for your endless amount of love, patience and commitment to DC SCORES poet-athletes!