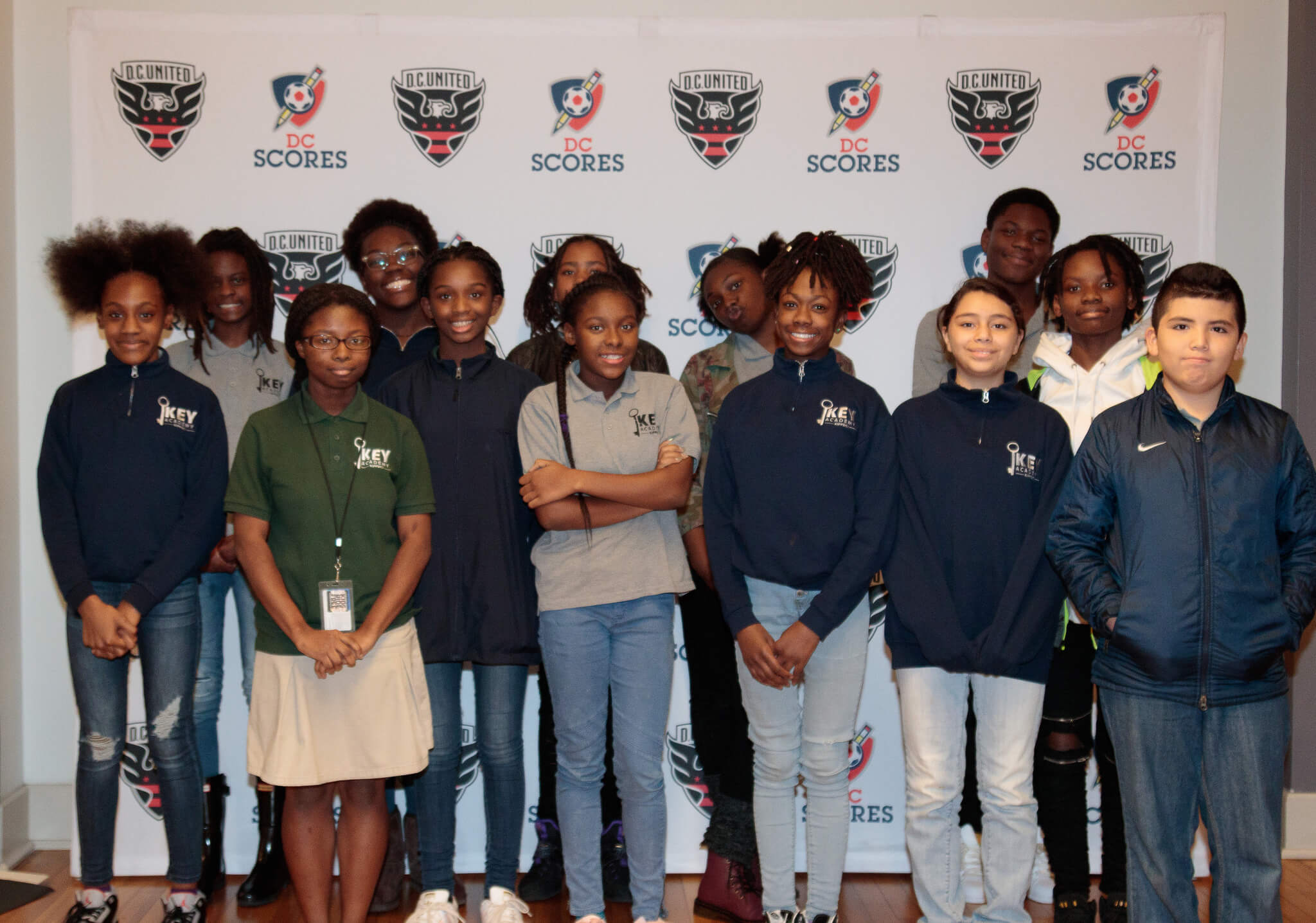 There’s not much else to say for all the support during Giving Tuesday. We know that there are a lot of amazing organizations doing great work, so we really appreciate you picking DC SCORES during this time of giving.

Thanks to more than 260 individual donors, during the 24-hour Giving Tuesday period, we raised over $23,000 to create opportunities for MORE kids in DC. If you’re still interested in helping, there’s still time to give.

Alexandra Mack, DC SCORES soccer program coordinator and KIPP DC: KEY Academy soccer coach, saw the impact of providing kids the opportunity to be a part of a team this fall season. Read about her experience below.

It is hard to know what to expect as you drive into the inner city with a bag of soccer balls, to meet a team made up of middle school boys and an entire season ahead of you. New beginnings seem to have a way of presenting life in light of possibilities.

I remember the first day of practice for many reasons, but there is one moment in particular that stands out. For some players, soccer is just another sport they play, but for others, it seems to be ingrained in their nature. For Trashard, an 8th grader, it was the latter. The ball seemed to follow his every beck and call, it was my first reminder that season of why soccer is called the beautiful game.

As the season went on, I came to the realization that I wasn’t the only one who had noticed his natural talent. Throughout practice, I would overhear him calling himself a “god” and then a continuation of praises echoed to himself would follow. He was adamant in his belief that our entire team was at the mercy of his talent. An 8th-grade boy who knows he is good at something can be a dangerous thing. This presented the difficult challenge of guiding his talent toward the sweet spot of humility and away from the downward spiral of cockiness. Most conversations with Trashard throughout the season seemed to revolve around this pursuit.

I don’t remember when exactly he started extending his hands to help more often than he raised his voice to yell or when he found the pattern of praising others more than himself. But I have found that we are never quite sure of the exact point of growth in life, it seems to consummate itself through steps back and even some moments of standstills before we find ourselves rising. Trashard paralleled this. As a coach, standing on the sideline of your players’ games is a privilege, but standing on the sideline of their lives is an absolute honor. As I stood in both spaces, I couldn’t help but applaud again and again as a middle school boy, turned into a young man with the sport we both love as a guiding factor. An 8th-grade boy who is finding the sweet spot of humility is a powerful thing and as the season went on, our entire team became benefactors of that.

The ball still seems to follow Trashard’s every beck and call, but nowadays, it is apparent that character is leading up ahead. This has been my greatest reminder of the season for why soccer is called the beautiful game. When I drove into the inner city for practice one last time, it was hard to believe all I had experienced. I packed up soccer balls, watched as my team of middle school boys left the field for the last time, an entire season behind us. The end of a season like this, has a way of presenting life in light of who we are all becoming.

Thank you for creating opportunities for MORE kids in DC!