At the foot of the Department of Education, the Dwight D. Eisenhower Memorial Park will make its home and our Leckie campers got a sneak preview of the future park during a site visit with Clark Construction.

Clark Construction, a long time supporter of DC SCORES and DC SCORES Cup participant, invited our Leckie campers to the site where they spent some time understanding what goes into building the future Dwight D. Eisenhower Memorial Park and what kind of safety precautions must be taken by Clark Construction workers on the site.

Campers and counselors learned about everything from what materials are required to building the park to what needs to happens to make sure everything runs smoothly and according to schedule.

Then it was time for our campers to construct their own versions of the ark with art materials and present their final products to the rest of the group.

Some campers replicated the murals they saw on the park blueprints with toothpicks and markers while other decided to construct the beams, statues, trees and grassy areas that will give the park its historic feel.

Perhaps the most creative idea I saw come to life was a camper’s idea to shape down the styrofoam into a “sandy walkway” like one they saw in the park blueprints.

After putting our creative juices to the test it was time to get our hands dirty. The real fun came into play when our campers were able to venture out onto the site but not before putting on construction wear of their own from the helmets down to the vests and gloves. 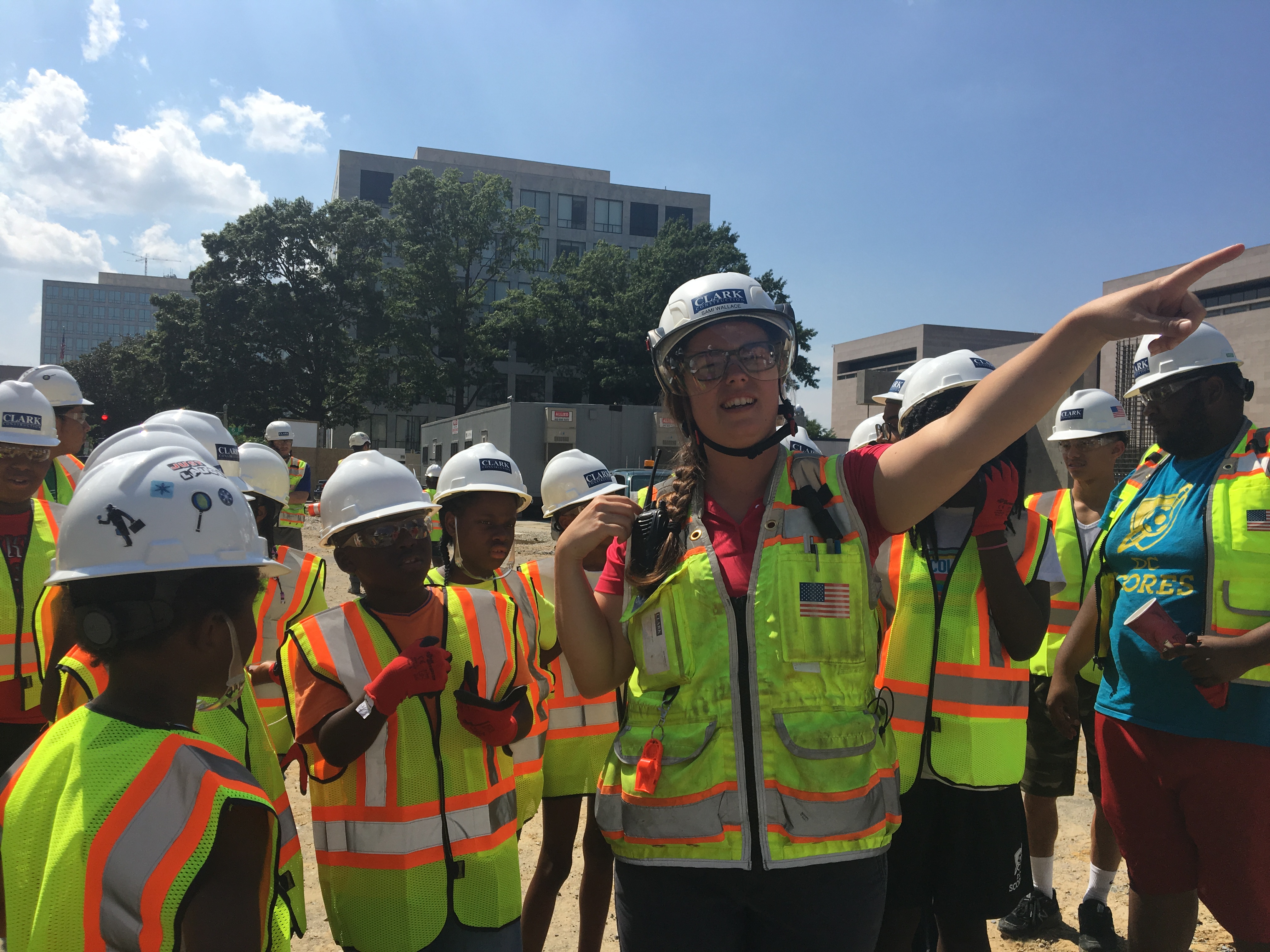 Finally, after a fun day under the sun, it was time to wrap things up the best way our campers know how–through a DC SCORES vs. Clark Construction soccer game on the national mall. Clark Construction put up a good fight on the field but ultimately took the loss to our resilient campers and counselors.

Putting on an event like this means a lot to our campers and counselors but just as much to Clark Construction as well reveals Clark contractor Mike Levy. When asked what this event meant to him he said, “putting on an event like this means so much to me especially being able to reach out to some of the youth in the area, teach them a little bit about construction, get them outside,” says Levy.

“It also means showing them what careers they can have and also work up a little bit of a sweat and play little bit of soccer which I always love to do,” he says enthusiastically.

Many thanks to Clark Construction for extending an invitation to our Leckie campers to their site. Our campers and counselors couldn’t have asked for a more exciting field trip to see the future Dwight D. Eisenhower Memorial Park come to life off the blueprints.

Coaches gear up for the Fall SCORES season with Coach Kickoff