Even on the hottest summer days, you can find Stephanie R. and Katie B., two soon-to-be DC SCORES alumnae, on the soccer field at Tubman Elementary School. During the free, two-week soccer camp, they showed the younger campers all the right moves to make on the field.

I watched them from the sidelines as they showed their younger teammates examples of passing techniques to get just the right amount of touches. Despite the heat, their dedication is relentless. 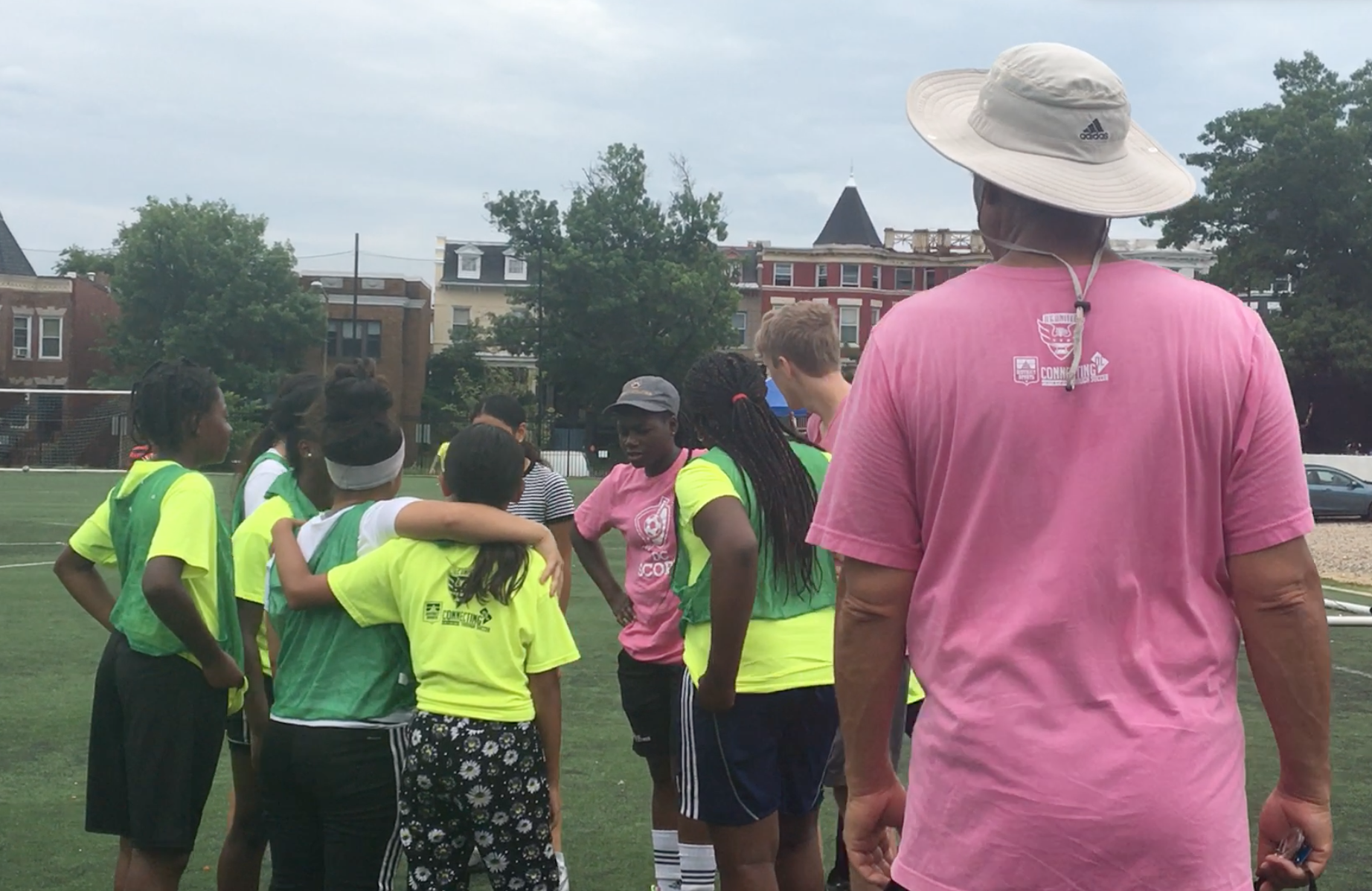 Campers celebrate with each other and their counselors after a well-played final summer camp game.

When I asked them why they still come out to play soccer, they both agree on one thing: leadership. As experienced DC SCORES poet-athletes, they’ve learned to value this skill during the season in games and with service-learning and poetry.

From the day they’ve started to this moment, it’s clear that there’s nothing stopping them from being leading examples of DC SCORES’ values of teamwork, leadership and commitment.

“For me, I like to play soccer because it’s gives me something to work for. At the end of it you’re not going to win every game and you have to be okay with that because it’s really about having fun and supporting each other,” says Katie.

At Tubman’s soccer camp, they worked all week long to sharpen their skills. Each day they come for Summer SCORES at Tubman, they work on a new skill and gain a more thorough understanding of the game and one another. 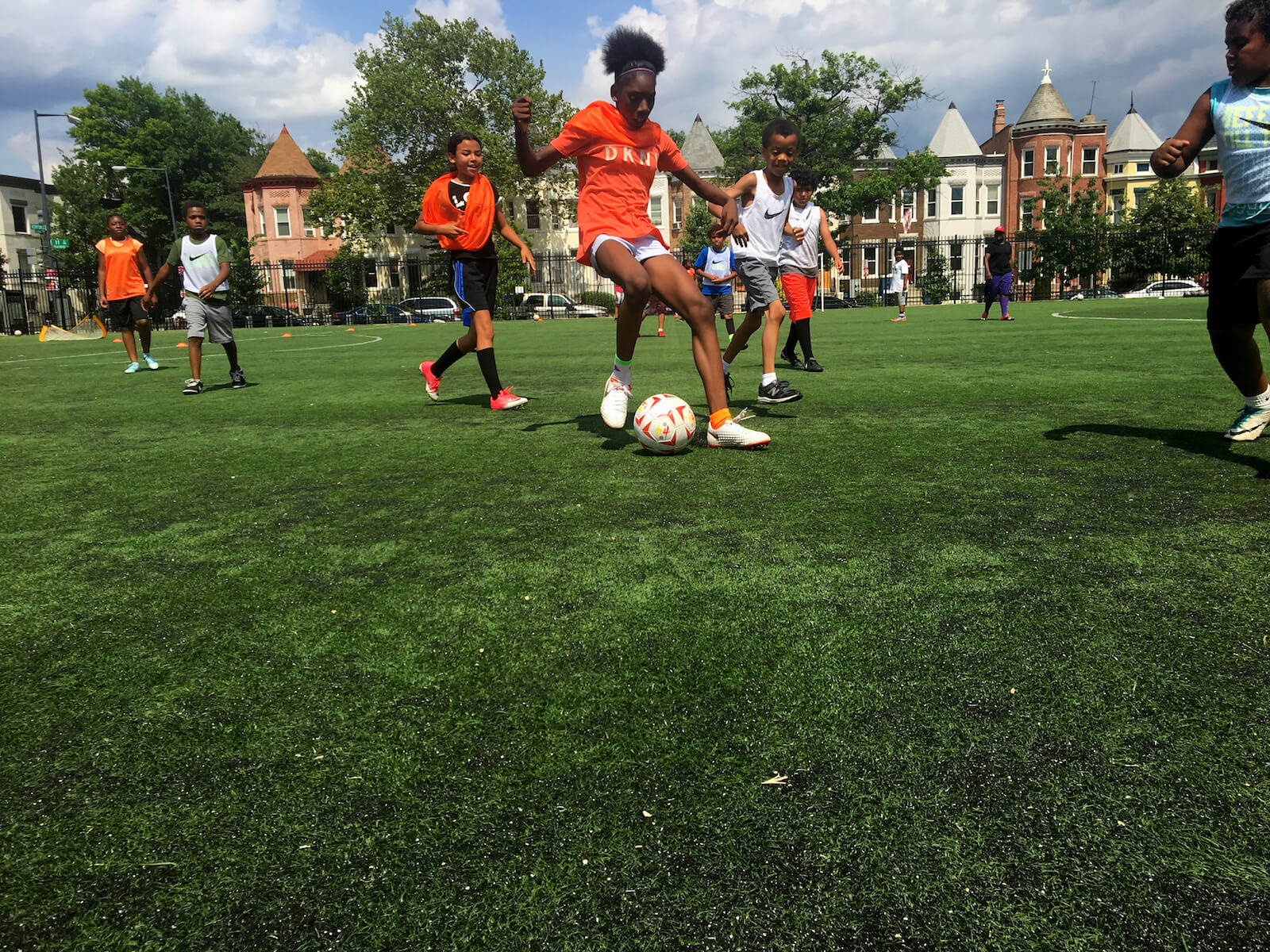 Tubman campers learn how to work together during a practice game.

They play with kids of all different skill levels who may not necessarily have been in DC SCORES programs in their own schools. Their given the opportunity to be mentors and to lend them a helping hand.

“The thing I like most about Summer SCORES is that we get the opportunity to meet new people that we’ve never played with before. You get to learn new ways to better yourself while learning from them too,” says Stephanie.

Stephanie and Katie are the oldest of their age group at Tubman. In the fall, they will be attending high school and plan to continue playing soccer in the future.

Summer SCORES provides the opportunity for students like Stephanie and Katie to keep growing as students and as individuals during a critical developmental time in their lives. The skills and values they learned from DC SCORES will shape them into the people they want to become in the future.

“This game [soccer] bridges communities together–people are able to understand each other just from being on the field together. As someone who has coached kids from all walks of life for years now there’s truly something amazing about watching these kids grow. Where else can you find that?” says Coach Keith Tucker.

Only at DC SCORES.