Oscar, is rising college freshman and DC SCORES alumnus. Everything that he has worked for has led him to this moment as he sits in this gymnasium with me. Nothing is ever simple and neither is his journey that has required an overwhelming amount of dedication, courage and humility to get him into college.

This undertaking is a daunting feat in itself but nonetheless one that brings him excitement and hope in his eyes as he continues to tell me about the future he envisions.

He tells me about the things that are important to him, from his family to his achievements, to his pursuit of a successful career.

“It hasn’t been easy and there’s been times I wanted to give up,” Hernandez says. “But it’s experiences like this and the kids that make it all worth it.”

This summer, Oscar is taking on the role as a senior camp counselor for Truesdell’s summer camp. He is leaving his mark on DC SCORES, previously as a poet-athlete and now as a counselor. Since joining he has embraced his role as a role model to young campers who look up to him. He hopes that his presence has impacted the campers the way they have impacted him. 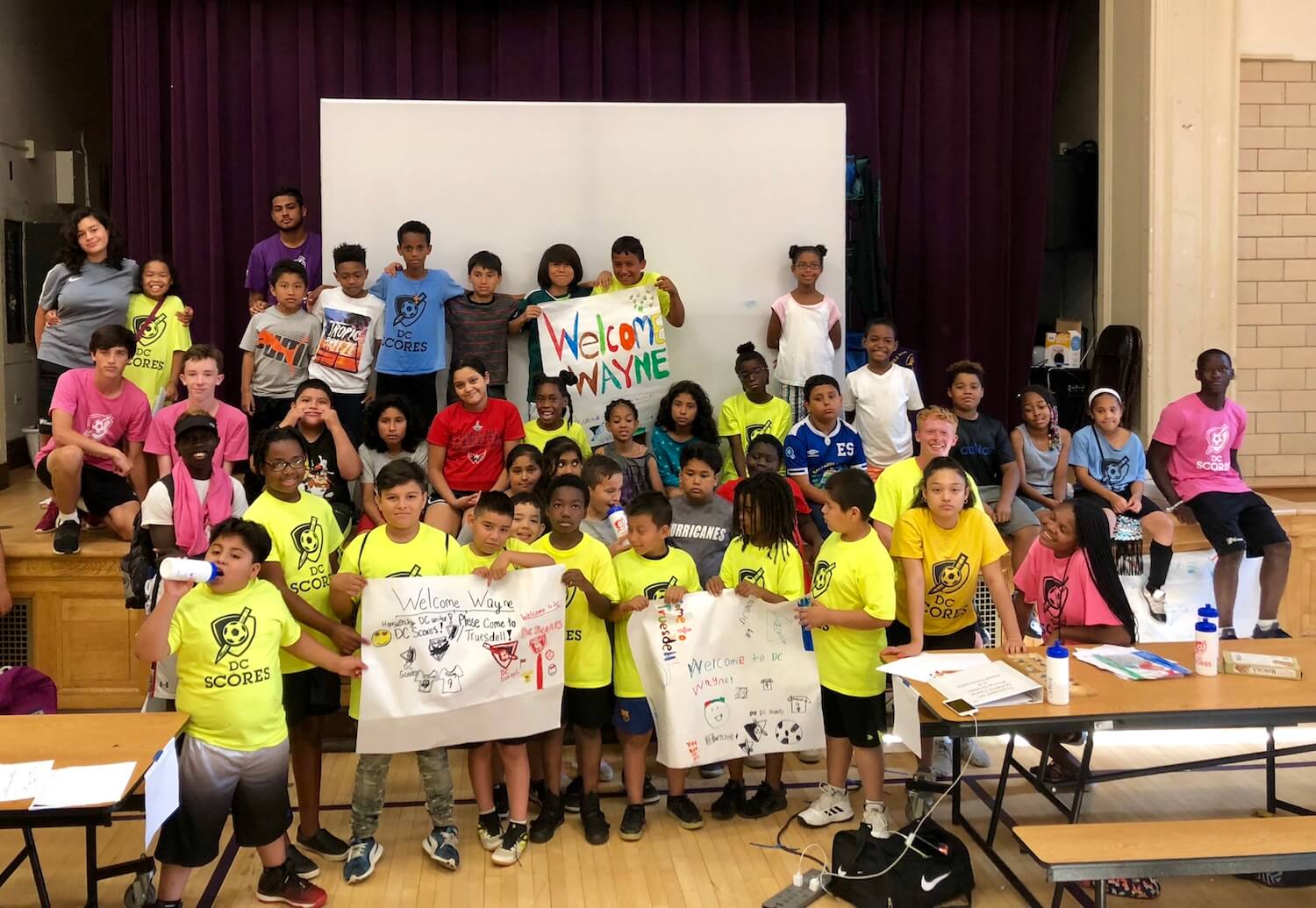 DC SCORES high school and college-aged counselors have the opportunity to be enrolled in Mayor Marion S. Barry’s Summer Youth Employment Program (SYEP). This program extends young adults like Oscar the opportunity to garner work experience and skills needed for a bright future in the workforce.

As a participant of SYEP, Oscar is learning how to be an effortless leader. He sees himself in his campers and hopes to see them prosper by giving them the same tools he was given to succeed. He works with them to make sure that they develop the confidence and determination to be a part of something greater than themselves.

In looking back on his favorite DC SCORES experiences he recalls that his most recent visit to DC United’s Audi Field for their ribbon cutting ceremony.

Hernandez describes it as an experience he’ll never forget, “I couldn’t believe that Wayne Rooney and Paul Arriola were right there in front of me. I really hope this day sticks with the campers as much as it did for me.”

Oscar will be heading to Marymount University in the Fall and intends to major in Criminal Justice.

“I don’t know for sure what’s ahead but I know that I wouldn’t be here without SYEP and DC SCORES. And for that I am so grateful” he says.

The future awaits, Oscar. Take hold of it. I know yours will be bright.