Wow, what a year! 2017 was the year of special events for DC SCORES. From a communications perspective, it was almost hard to keep track of all the spaces we represented in, the performances our kids put on, and the soccer exhibitions we participated in.

But an afternoon at any of our 59 sites from NW DC to SE or from SW to NE reminded us that DC SCORES core programming remains the heart of what we do — giving kids a team, on the soccer field and in the classroom, and a safe space every day after school.

While this was a near-impossible exercise, here are 7 Highlights from 2017 (in no particular order):

1. Our Words Our City
Bringing a new event into the fold is never a sure thing, but our newest poetry showcase was a unanimous winner. On a chilly October evening, 13 kids including current poet-athletes and alumni performed for an overflowing room at Busboys and Poets. From 10-year-old Natalia to 18-year-old Myiah, the kids inspired the audience and each other — leaving everyone wanting more. And that’s what happened again in November, when seven alumni took the stage at Studio Theatre for the second edition!

2. Awards Season!
This was truly a program-validating year for DC SCORES. In a span of a month during the summer, we were celebrated three times as a model nonprofit in Washington, DC. The Center for Nonprofit first chose DC SCORES as the winner of its 2017 Advancement in Management (AIM) Award. Then, weeks later, it chose us as the winner of the Board Leadership Award. Additionally, the Catalogue for Philanthropy picked DC SCORES for inclusion in its catalogue for the fourth time as one of the best nonprofits in the Washington, DC area. 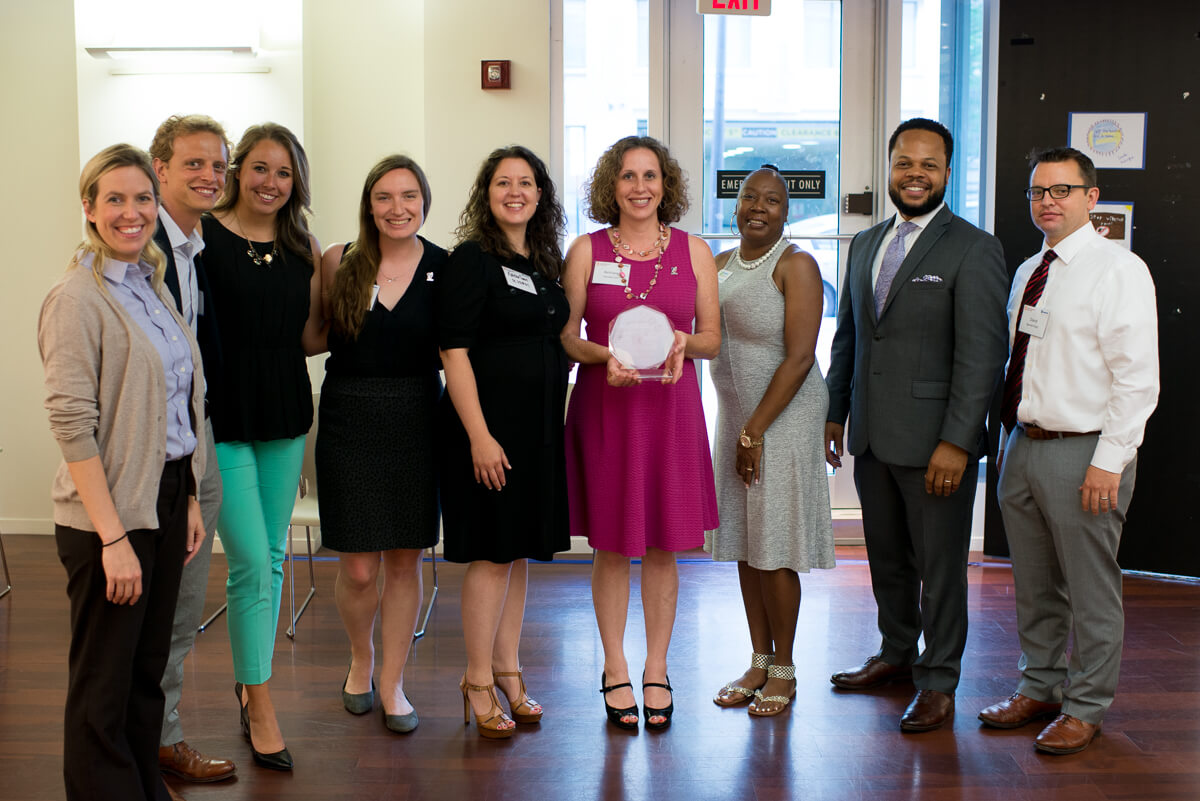 3. Soccer Opportunities Abound
More and more, thanks in large part to being the official community partner of D.C. United, we are unlocking special opportunities for kids to play soccer and meet soccer stars. In 2017, DC SCORES kids got to play on the field at RFK Stadium during halftime of a D.C. United game, meet DCU players, and get autographs. Also, our fiscally-sponsored Open Goal Project opened many doors for talented young players including organizing a tryout in coordination with D.C. United and sending alumni stars Ariana and Precious to tournaments near and far.

4. We grew!
For every new kid whom we’re able to provide DC SCORES for, there’s another on the sideline. That is the stark truth and that is why growing sustainably, while maintaining our high-quality program standards, continues to stay at the top of our priority list. This year, we served more kids ( over 2,500) at more schools and recreation centers (59) than ever before. Look for continued growth in 2018!

5. Kids perform everywhere!
From groundbreakings to anniversaries, to in front of the TV camera, DC SCORES poet-athletes were in high demand this year. They performed at the groundbreaking of the new D.C. United stadium, Audi Field; at the World Bank Group; at the 15th anniversary of the Catalogue for Philanthropy; and live on NBC, to name a few. 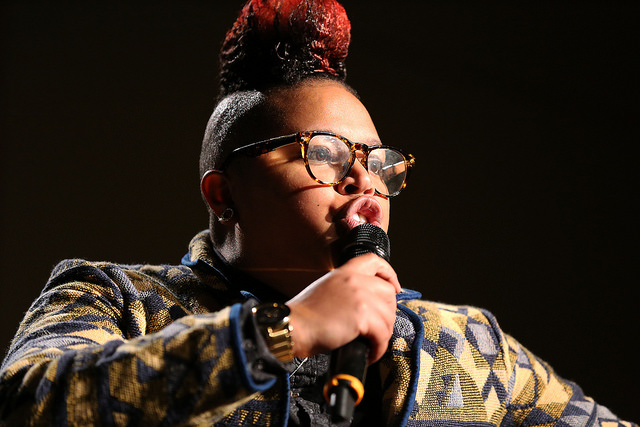 6. The addition of Charity Blackwell
Adding Charity Blackwell as our Director of Writing was a huge boost to our writing program last summer. Charity was very familiar with the SCORES model, having served a year as an AmeriCorps coordinator and also emceed the DC SCORES and America SCORES Poetry Slam! events. But adding her to the team, along with several others, took our poetry program to another level which was on full display during the two-night 20th Annual Poetry Slam!.

7. And finally, we’re moving!
Breaking news — DC SCORES is moving! While 1224 M St. NW has been our beloved home for 13 years, we are excited to join the U.S. Soccer Foundation in our new shared space. See below and come visit in 2018. Happy New Year, everyone!

DC SCORES alumni at the DC Council Roundtable on Education

Winter SCORES: Combining soccer and nutrition for a healthy 2018