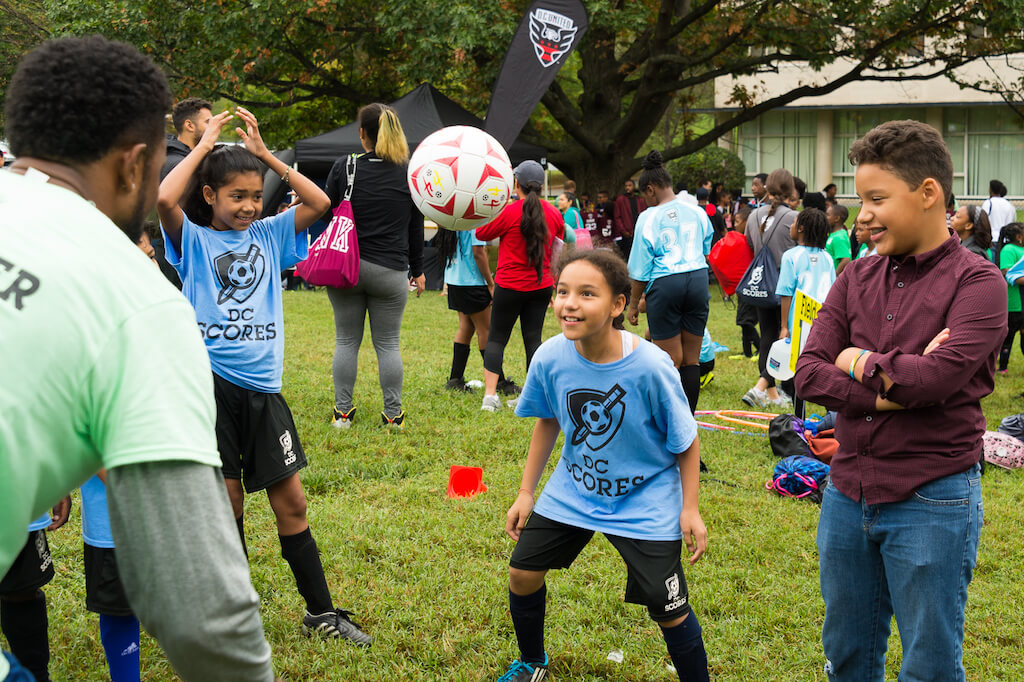 Tier 1: DC SCORES teams decked out in their soccer uniforms – a different color for each school – rotated between stations made possible by myriad volunteer groups. Every 20 minutes, they switched. Soccer shooting with D.C. United, and autographs with professional goalie Travis Worra; Mad Libs with City Kids; “catch or head it” with Grant Thornton LLP; relay races with November Project DC. Wherever you looked, volunteers led activities that kept each group of poet-athletes engaged and smiling.

Tier 2: Soccer. Nothing but non-stop soccer across six fields. A group of volunteer referees so large that breaks were plentiful led games from 9:30am-2:30pm. DC SCORES teams from the eastside of the city played those from the westside – making new friends and building community with each game and high 5 line after. On the corner of Field 2, DJ RBI dropped the beats all day. What better way is there to transition from one game to the next than dancing? Off to the side of the booths, teams and community members enjoyed a nutritious lunch from Revolution Foods. Kids not playing posed for photos with D.C. United mascot Talon, always a fan favorite. 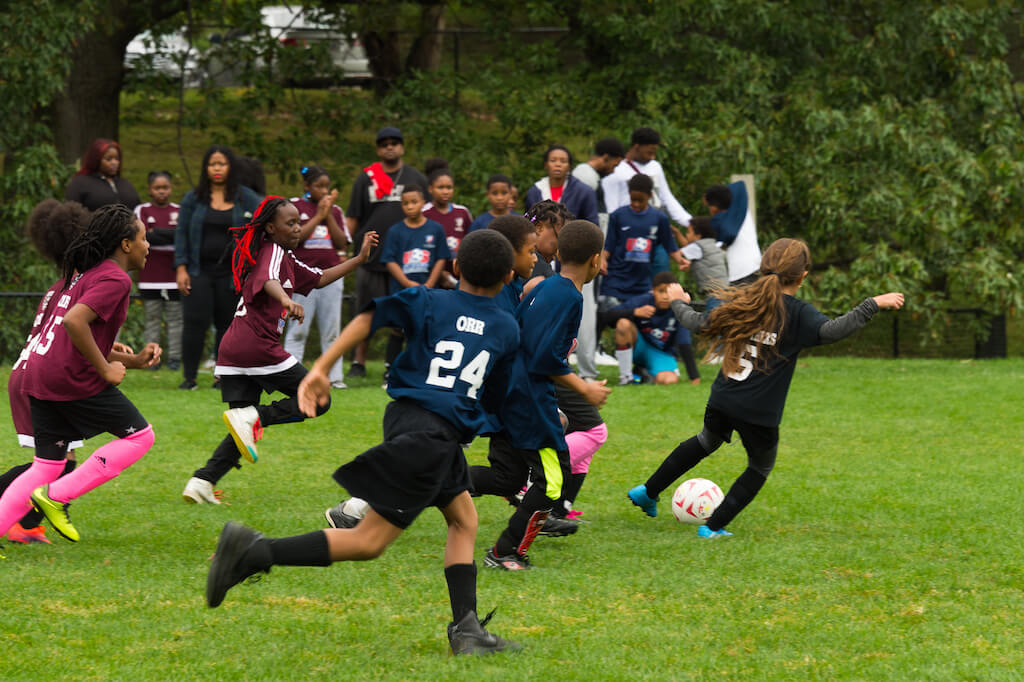 Tier 3: And lest we forget the upper tier. A steep walk up the grassy hill brought one to yet another two soccer fields and constant action. Parents plopped down chairs alongside the field, relishing the opportunity to watch their kids play. While we have game days every Thursday and Friday, 4pm weekday games are hard to attend. Saturday brought out hundreds of families. Kids kicked the soccer ball with their younger brothers and sisters. A boy, maybe 3 or 4, was spotted pulling along a bag of balls. A Thomas Elementary School poet-athlete gave a young girl a piggyback ride up the hill. A group of girls rolled down the grassy expanse, always a favorite, laughter-inducing activity.

Everywhere, kids, parents, and others embraced the fun atmosphere. The day rolled along incredibly smoothly thanks to 150-plus volunteers, many representing groups and companies, and others on their own or with friends. Each volunteer made a tangible impact from the first goal set up in the dark at 6:30am to the final piece of trash picked up at 3pm. 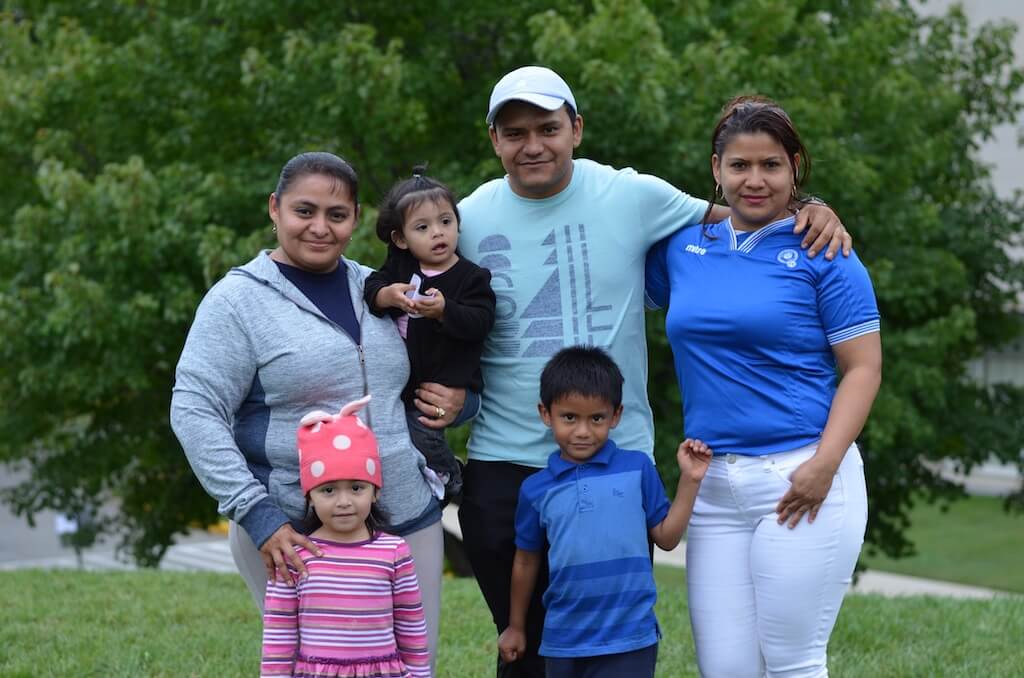 Toward the end of the day, Ward 5 Councilmember Kenyan McDuffie stopped by, chatted with different teams of kids, and then helped present the Sportsmanship Award to Brightwood Education Campus - Elementary. Every kid decked out in their blue uniform cheered while clapping loudly, but really they could have been applauding the more than a thousand people spread out across Trinity’s three-tiered grass amusement park.

From the kids, to the alumni who helped, to the volunteers, to the partners, to the board members, to the staff, and everyone else, the 20th DC SCORES Fall Frenzy encapsulated exactly how our program builds and strengthens communities. 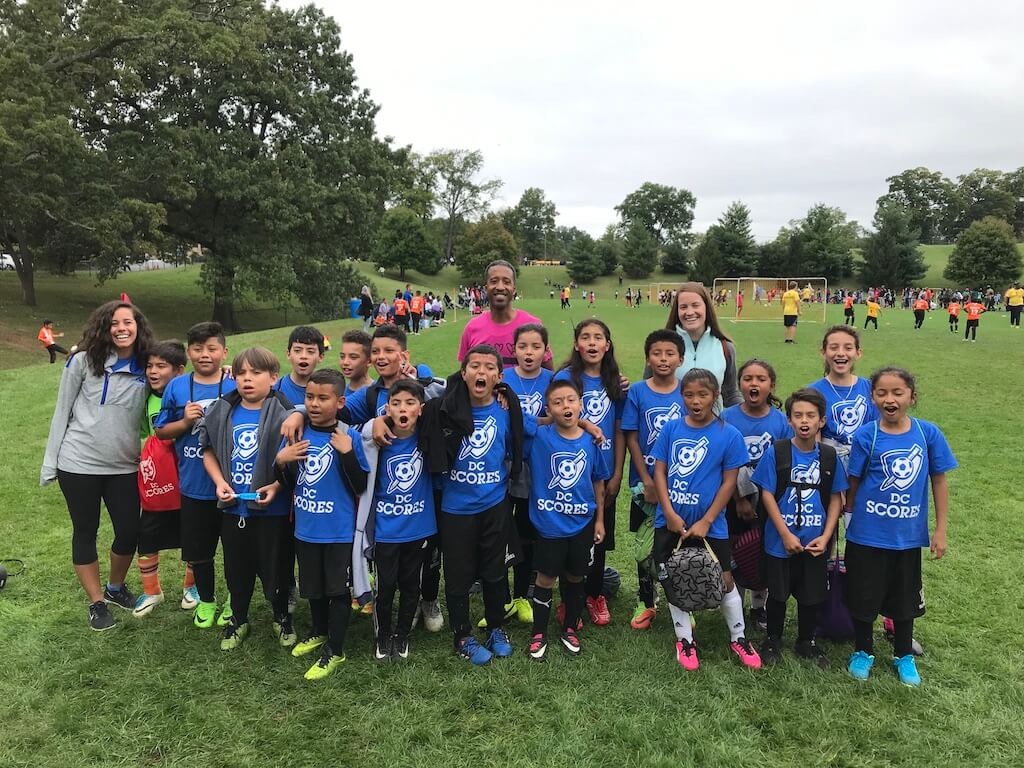 Coach Guzmán: Making an impact for more than 10 years