When the opportunity came to nominate a coach for a Hispanic Heritage Month award from the Mayor’s Office on Latino Affairs, it was a clear consensus that Coach John Guzmán was the perfect choice. 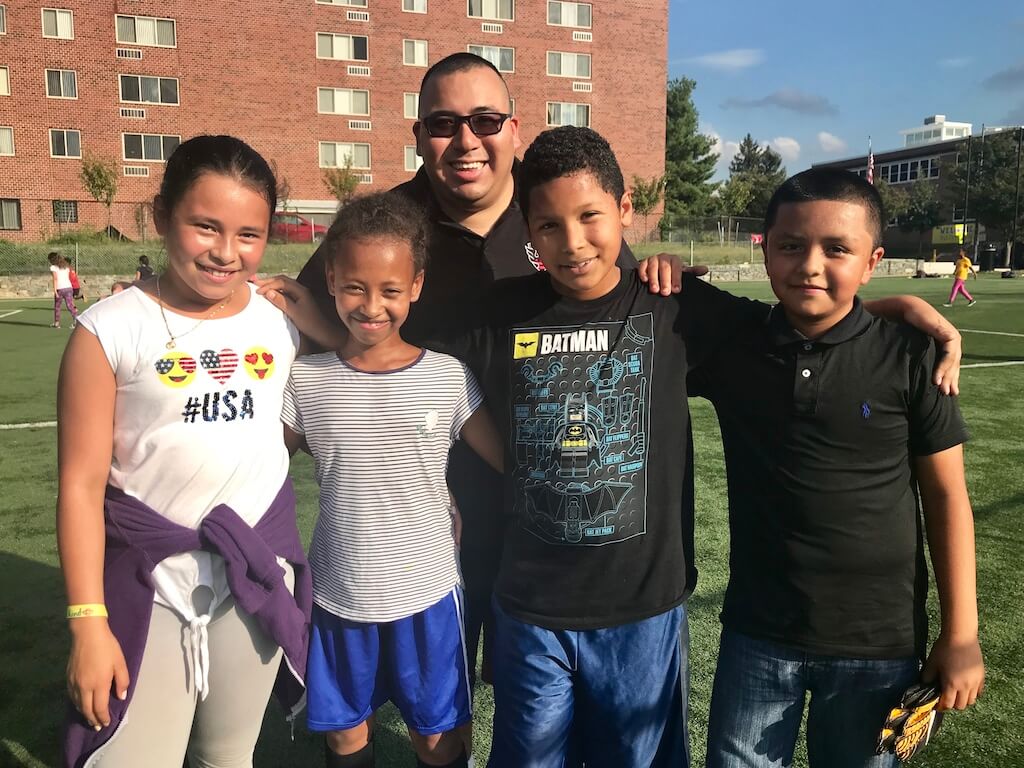 Coach Guzmán is a DC native who has been a part of the Bancroft Elementary School community since he attended himself in the late 1990s. As the oldest of six children to Peruvian immigrants, Guzmán also attended Bell Multicultural High School and served in the Army National Guard as an aircraft technician.

Apart from working as the Strategy and Logistics Assistant at Bancroft, he is also finishing his bachelor’s degree at UMBC in Accounting, which he hopes serves as an example for his poet-athletes to pursue higher levels of education.

As a former DC SCORES participant, one of Guzmán’s reasons to come back to coach was to provide poet-athletes with the same experiences he had growing up.

It’s this commitment to giving back to his community that has made him stand out as a DC SCORES all-star. 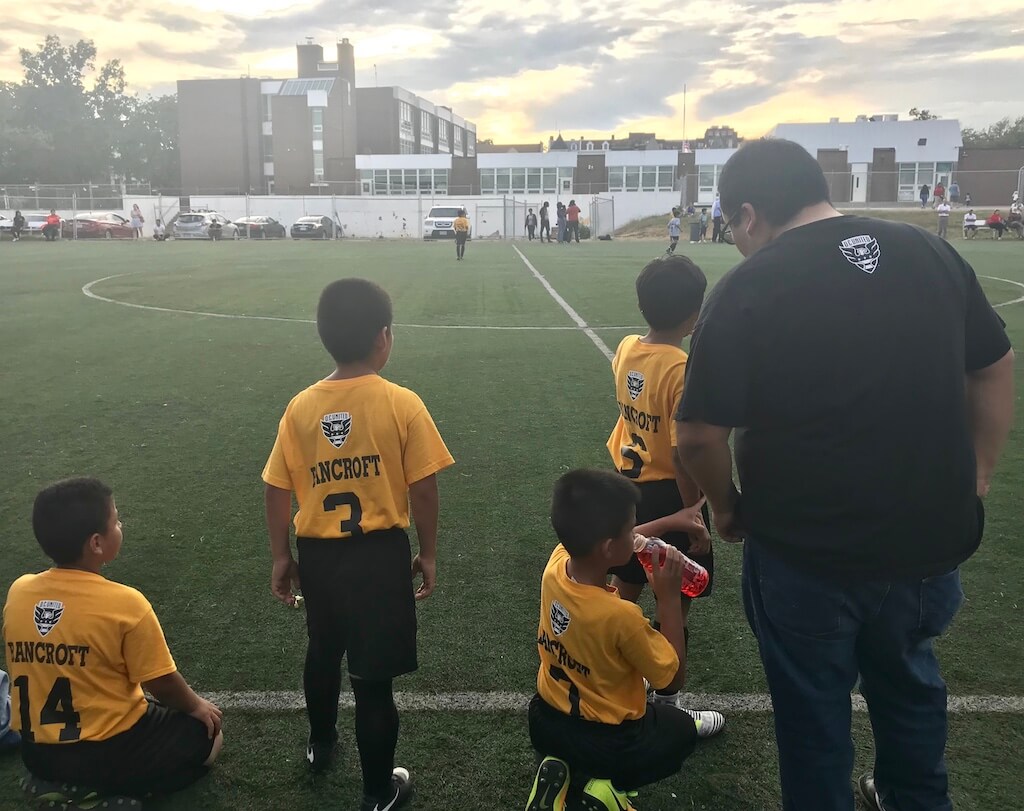 The relationships he builds and the trust he has developed with students over the years has helped kids feel more connected to the school, the neighborhood, and the city.

His invaluable work through DC SCORES has made a lifelong impact on all the students he’s served throughout his tenure as coach, especially with students emigrating from other countries.

Approximately 75 percent of Bancroft’s student population is of Hispanic origin, and Coach Guzmán is able to relate to the students and serve as a valuable resource for parents. It’s no surprise to hear poet-athletes gush over their coach and a man who is clearly a role model in their lives.

The accepting culture Guzman has helped develop in the community has created a family environment that enables his students to not only improve academically but also helps develop them into leaders who feel compelled to give back to their community.

There’s not much else to say but gracias, Coach Guzmán!

DC SCORES adds eight leaders to Board of Directors

Community is the theme at 20th Annual Fall Frenzy