Sometimes I wish I could hit rewind, Moonwalk that yellow brick road Go back in time and, Be a kid again Cuz

The riveting opening lines of A’dora Willis’ original poem from Our Words Our City last February are not, however, an apt description of her life.

A’dora, 18, doesn’t need to hit rewind or be a kid again. The DC SCORES alumna and recent high school graduate has her future figured out. On a recent afternoon during a rare break from her summer jobs triumvirate of doctor office work, daycare work, and teaching karate lessons, A’dora matter-of-factly laid out her plans.

She will attend Bowie State University beginning Aug. 28. She will study nursing. Upon graduating, she will work in the field for a few years before returning to school and ultimately becoming a nurse practitioner.

During her journey, A’dora will continue to write. She will continue to put a pen to paper about her life, and about the world around her. While her future path may be predetermined, her creative side has never been stronger, more thirsty to express the feelings, the thoughts, the rhymes and the rhythms that she first learned about in DC SCORES.

Way back when. When she was a kid.

“If I was never involved in DC SCORES, I never would’ve found my love of poetry,” A’dora says, “and I think that’s really been a key in who I’ve become.” 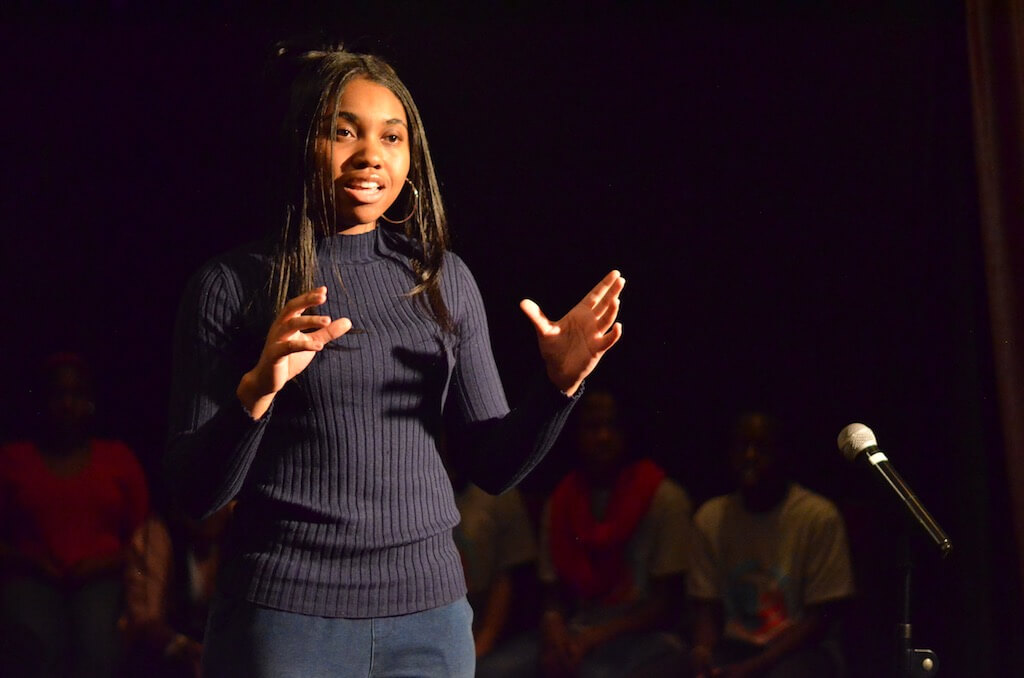 I just had to take a moment and reminisce the, Days when I didn’t have a blue clue as to, What was going on out in the real world Ahhh… Ignorance is bliss

Except that A’dora and her classmates at Arts and Technology Academy did know what was happening around them – violence in their neighborhood. Gun shots coming from Clay Terrace. On one occasion, cherry bombs that came soaring over the school’s fence.

All of this while A’dora was in first, then second grade, and could finally become a part of DC SCORES in third grade. She joined because of the soccer, but soon realized that Coach Curry and Coach Lancaster wouldn’t allow her or any kid to play in the Thursday games if she didn’t attend every poetry session.

And so, A’dora learned about the spoken art form.

She had done some writing already with her mother, a minister, but DC SCORES opened up A’dora’s creative world. All of a sudden, she and her teammates – ages 8, 9 and 10 – had a platform on which to express their feelings about the violence at Clay Terrace, about what scared them and affected their everyday lives.

A’dora’s team took the stage at Kelly Miller Middle School for the Eastside Poetry Slam! And captivated the audience. They won the first of a handful of Golden Mic trophies for the best team performance.

“I think a lot of kids did enjoy delivering the poem because it was a way to talk to the community … even though we’re kids, we have a voice,” A’dora says. “I felt it was my time to really voice that.”

Poetry had struck a chord in young A’dora, but Hardy Middle School didn’t have a poetry program – or a soccer team. She focused solely on academics and did well, but something was missing.

A’dora’s family moved to Greenbelt, Md., and she attended eighth and ninth grade there. Then, she moved on to Eleanor Roosevelt High School. In 10th grade, A’dora heard from a few friends that they were into poetry and that there was a local slam. She should sign up, they said. 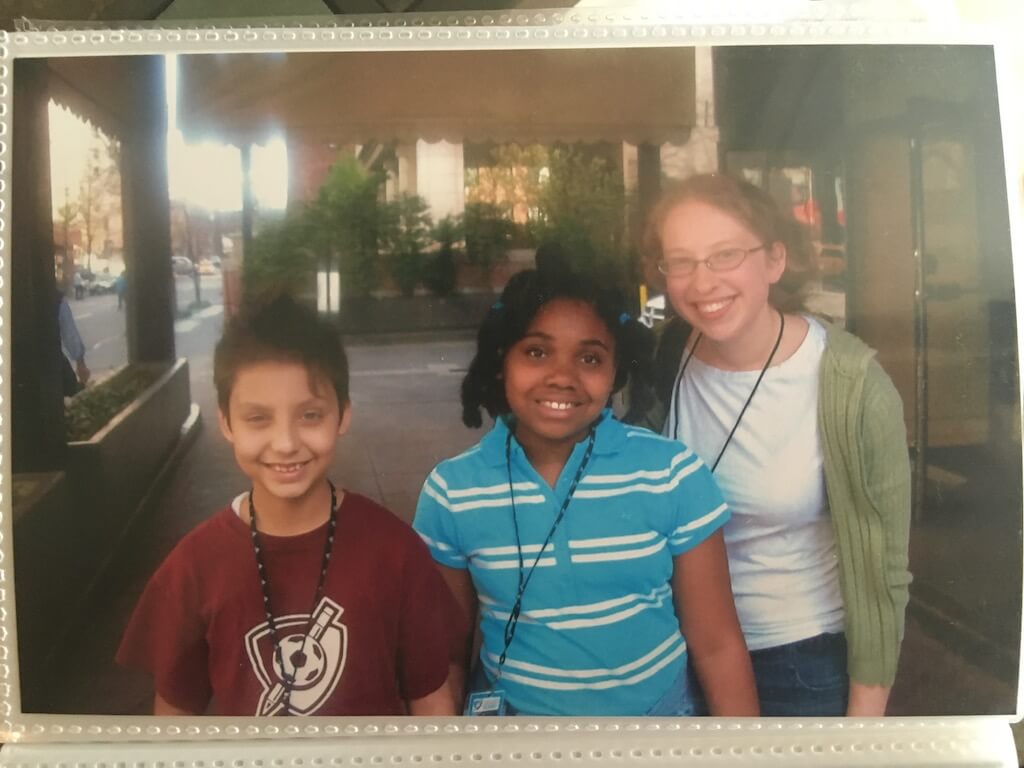 ABOVE: A’dora was selected as one of two DC SCORES poets to travel to NYC for the National Poetry SLAM!

She wrote a new poem, “Branch Out,” and killed it in the open mic forum. She felt emboldened. Later in the year, there opened an opportunity to perform as a team in a local competition. A’dora’s baby cousin had recently been tragically killed in a car crash. She wrote a poem, “Miss Unforgotten Gem,” about the baby and her other cousin, the father.

Poetry. Self-expression. Feeling empowered to write about the hardest things. A’dora’s ATA days were well behind her, but that burning desire to write and deliver had returned.

“I was able to really get back into my flow and develop my style,” she says. “It was an ‘I was back home’ kind of feeling.”

I too Have a Dream, that In 2017, Even under Donald Trump’s regime We will become one And blessings shall fall even when the deed is done

A’dora’s Mom bought a house in Congress Heights and A’dora transferred to Suitland High School during her junior year. There was no poetry program, but the bug to write wasn’t leaving again.

A’dora reached out to DC SCORES, asking about opportunities to perform. It just so happened that during her senior year, there was a new event for which both current and former program participants were needed – elementary school, middle school, high school and even college age poets on one stage, united by creative expression.

She decided to write a new poem. The world was changing all around her. She was no longer a little girl.

A’dora went to the pre-Our Words Our City workshop with the other poets and standout DC SCORES Poetry Slam! Emcee and spoken word artist, Charity Blackwell. If anyone knows a great poet, it’s Charity. After hearing A’dora practice “King of the Jungle,” Charity grinned widely.

A’dora doesn’t like to talk about where she sees herself as a poet, but Charity’s words stuck with her. On a February evening in front of a packed audience at Busboys and Poetry, A’dora shared a small stage with 12 others. One by one, they stepped to the mic, and the bright spot on stage.

So can everyone hear me?…

“I felt like this was my home because DC SCORES is where I got my start,” A’dora says of the night. “Doing this event was really enlightening for me, was really humbling for me. I was able to see the other kids and I was like, ‘Oh, my gosh, this was me, this is where I was at some point.’

“I hope they’re inspired to keep going with poetry.”

A’dora will. She recognizes that the art form, especially in today’s society, is powerful. It might just be a hobby. It might never make her a dollar in a doctor’s office. But she can’t imagine her life without it.

“Even still today there’s a lot going on in the world and I think poetry is just a good way to voice that and spread those words to other people,” A’dora says.