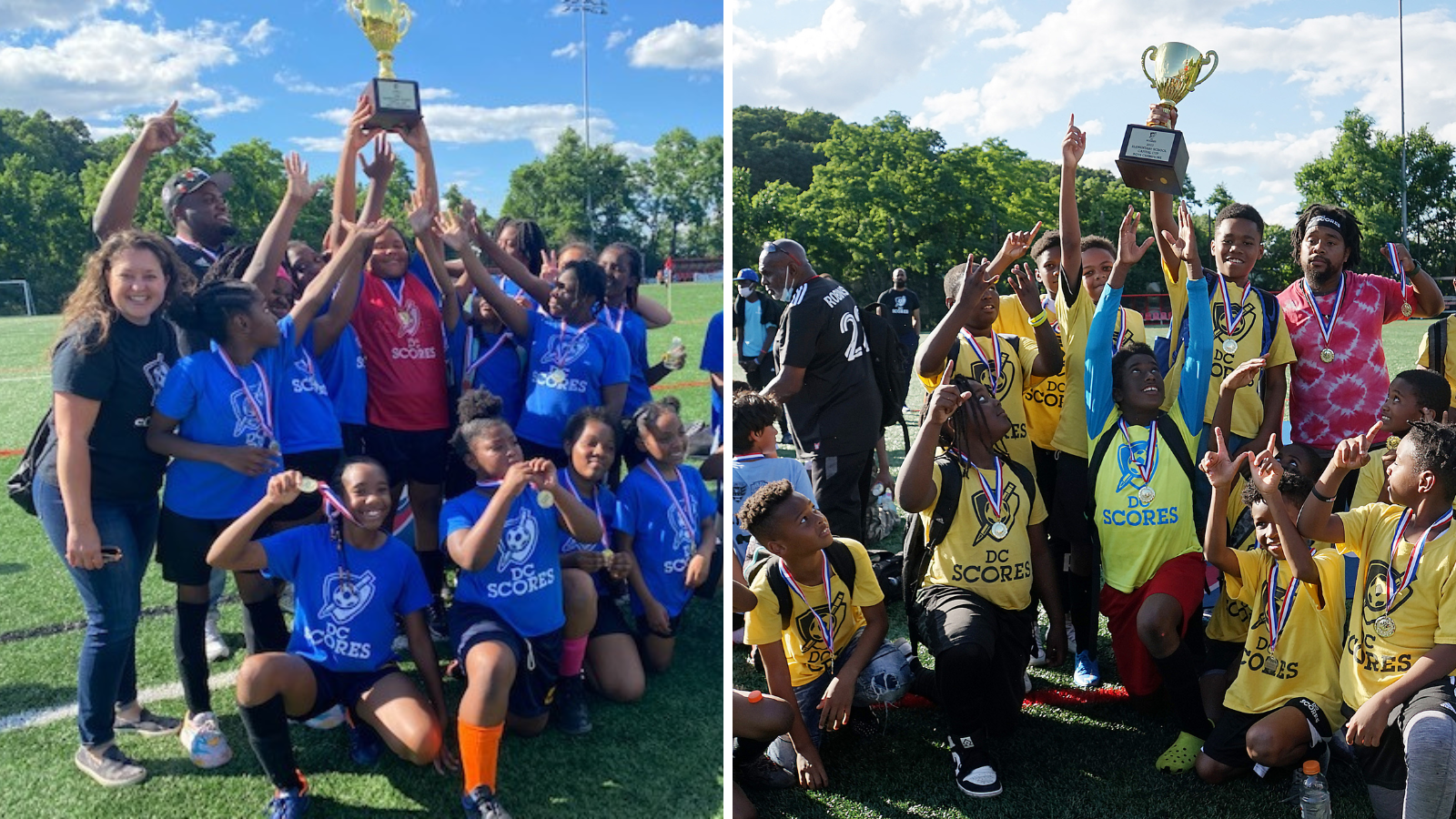 Two schools, two stories, and one amazing afternoon to wrap up Spring SCORES 2022. 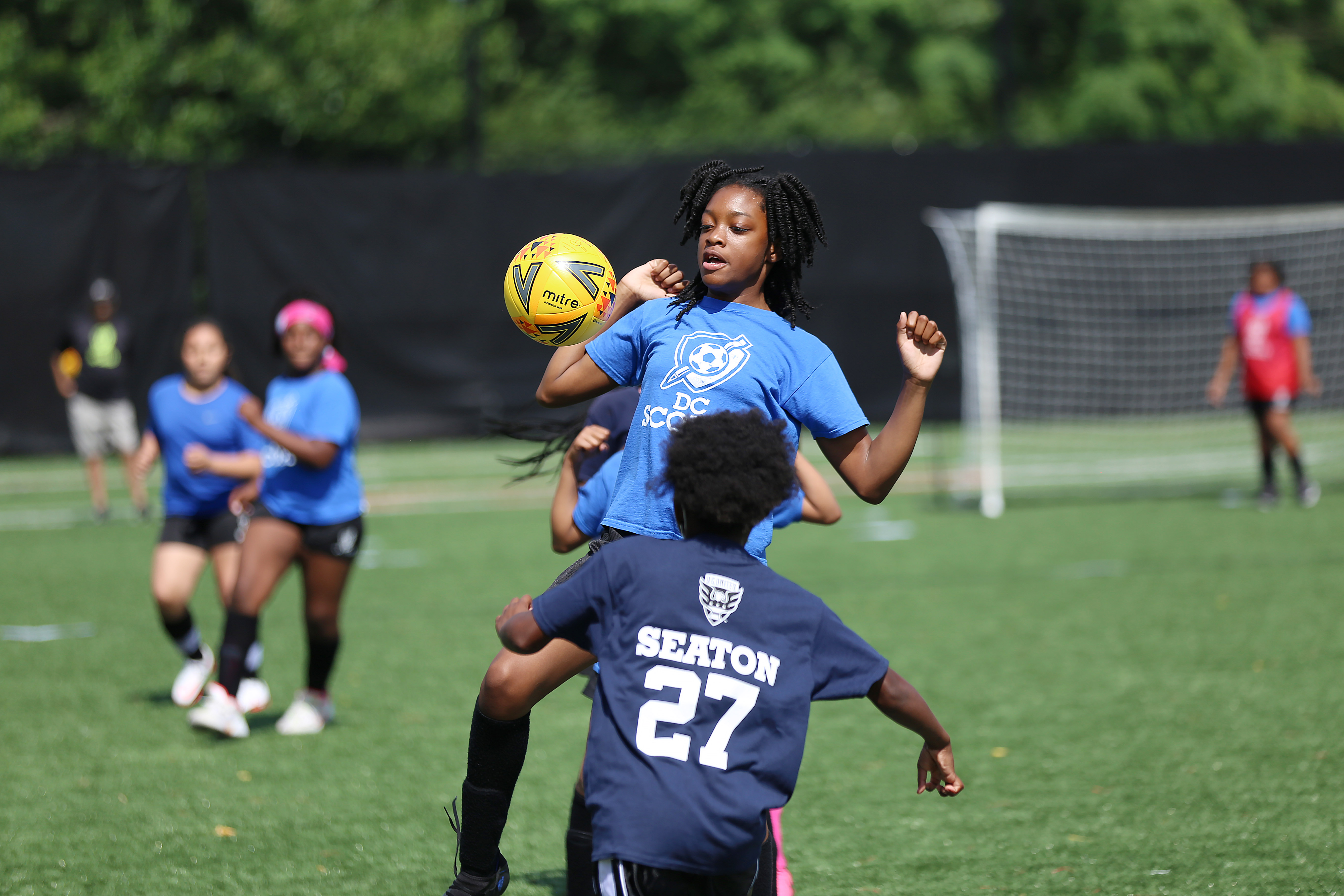 Houston Elementary School joined DC SCORES in the fall of 2021 and what a first season it’s been! They had finished the fall season by taking second place at the always-competitive East Side Poetry Slam, then the girls team won the Capital Cup in their first attempt. The championship was against Seaton Elementary School, a DC SCORES powerhouse. Both teams played hard, and after a full time score of 0-0, the Bulls won in penalties! 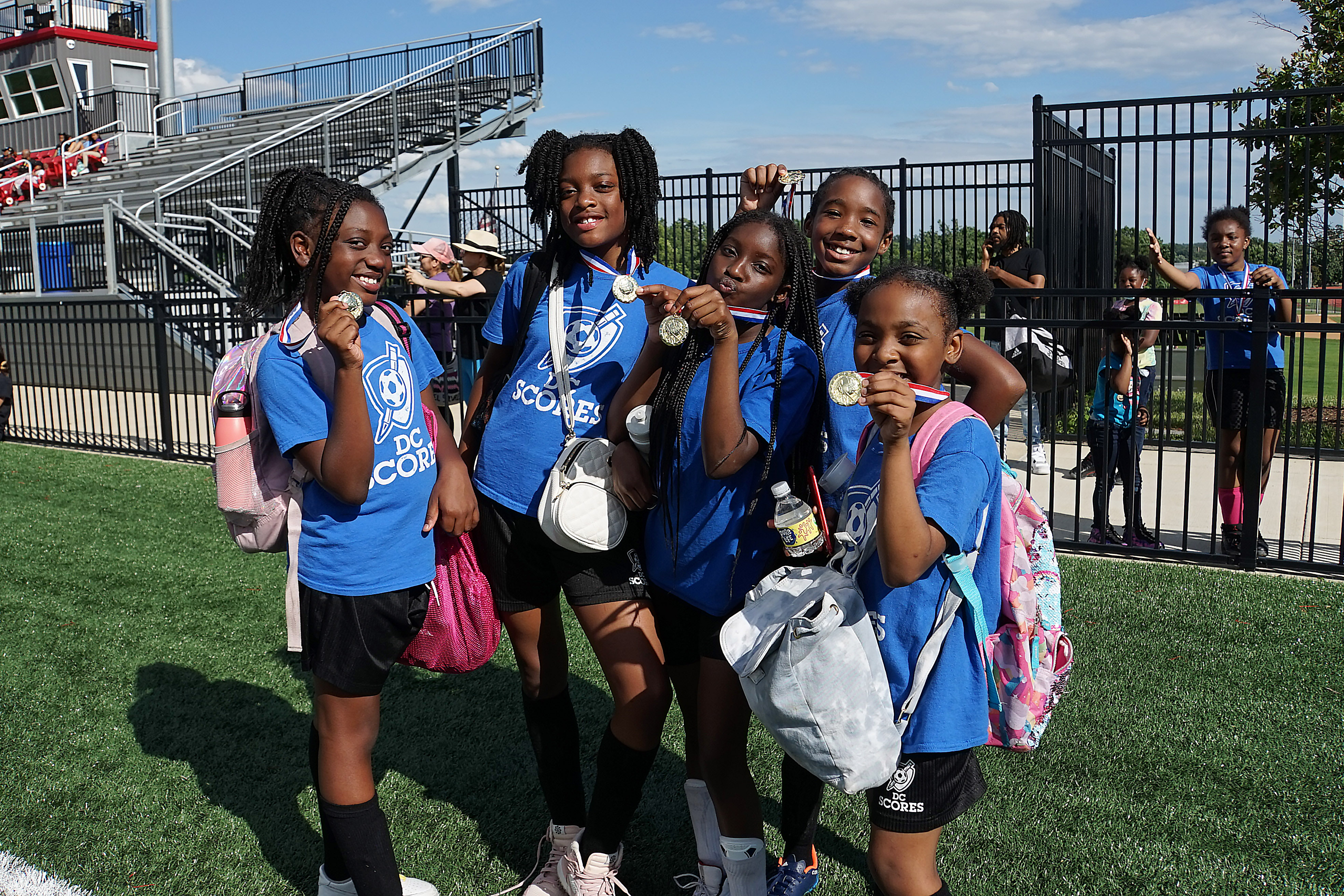 Coach Wright—a 2022 Coach of the Year winner along with the rest of the Houston Coaching Staff—shares how his team felt right after the winning penalty shot: 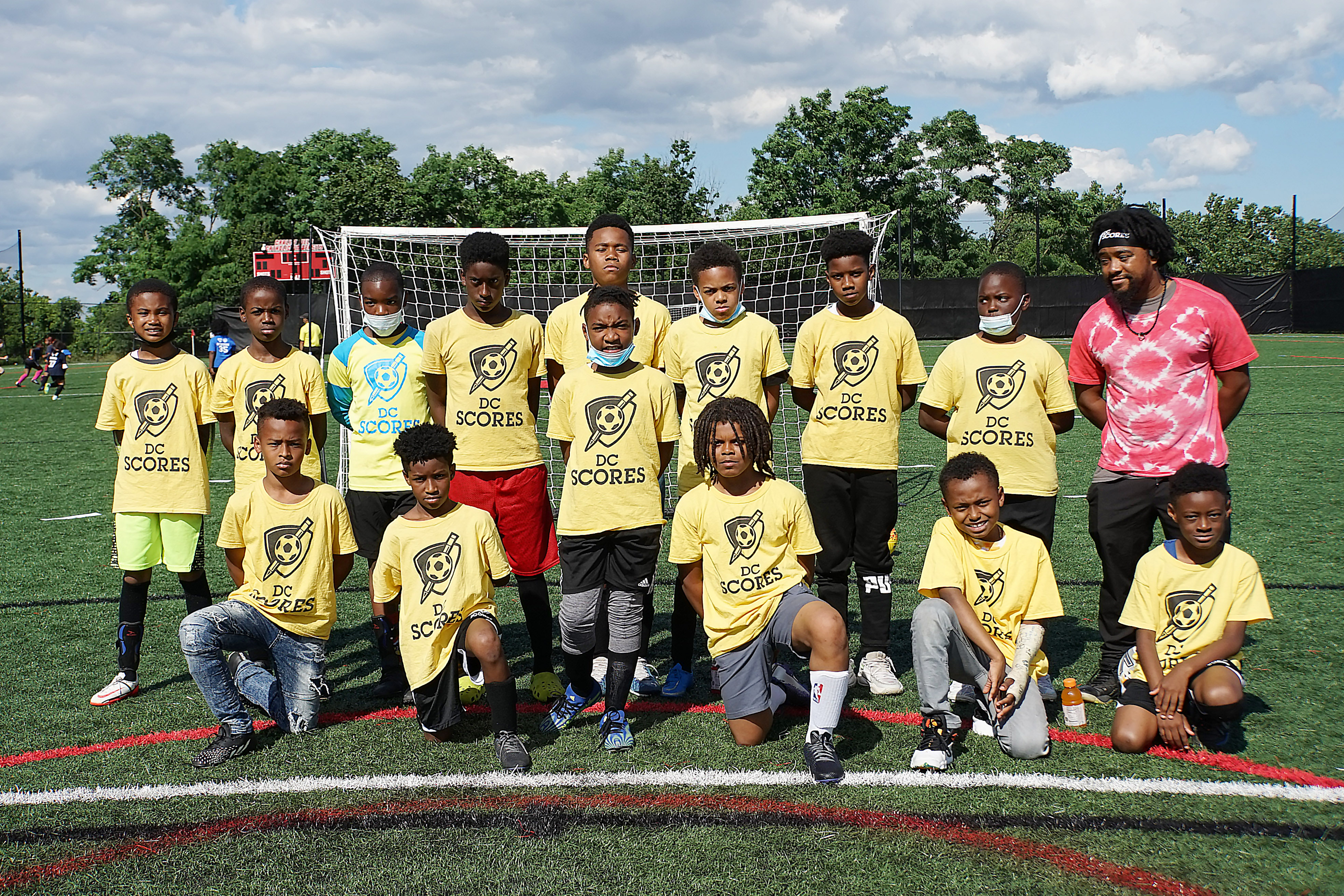 Anne Beers Elementary certainly aren’t newcomers to DC SCORES—they were one of the founding schools in the DC SCORES network, and have been a part of the program for almost 30 years. This year, Beers brought the ES Capital Cup trophy “back to the eastside” after winning against Truesdell Elementary in a penalty shootout. 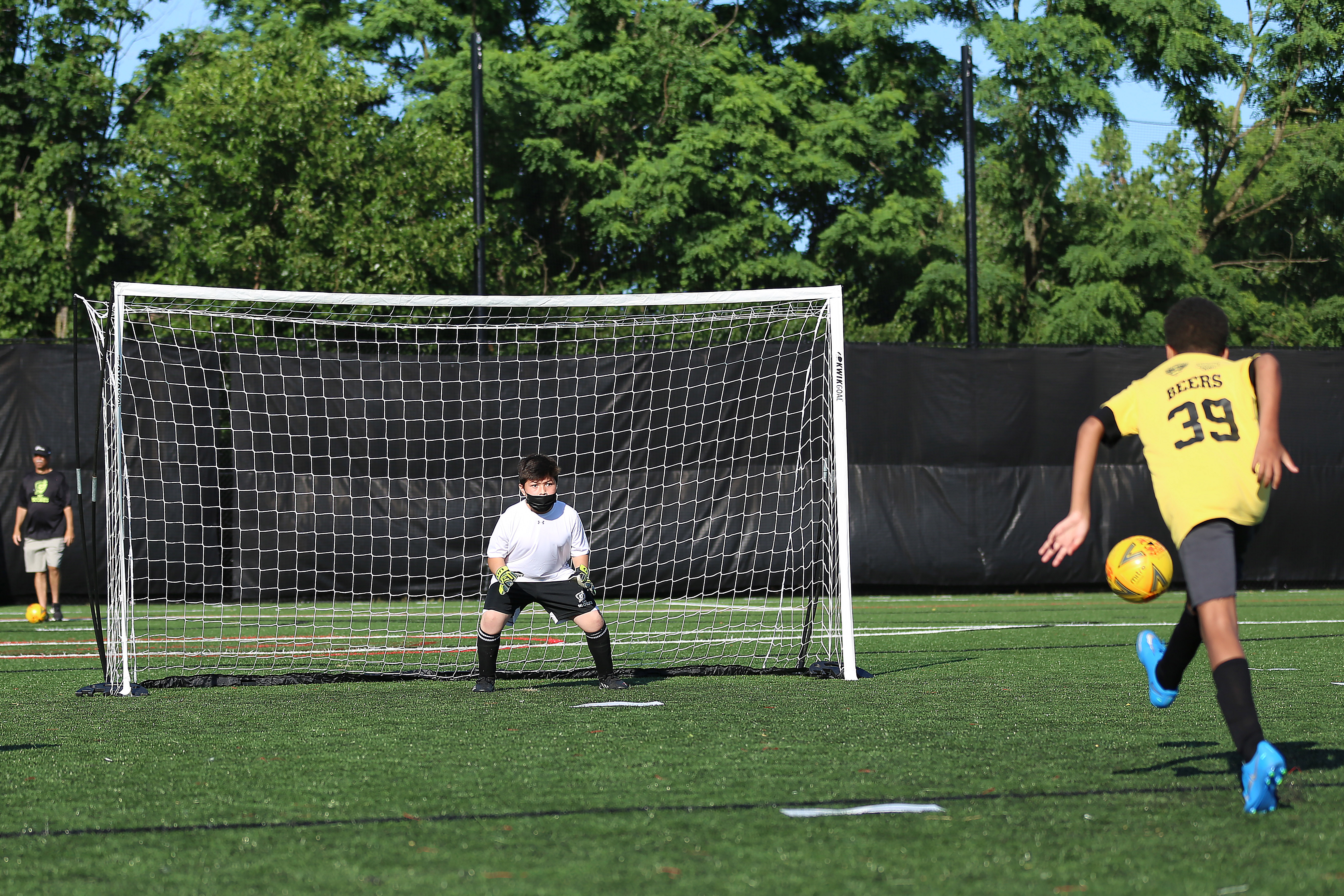 Coach Howard shares his thoughts on the win against Truesdell:

“The feeling after winning… it was butterflies and it was elation. We’ve worked hard, and not just this year. It was over the years, through the pandemic… and then boom, we get a shot at the playoffs.”

Congrats to both Houston and Anne Beers, and we look forward to seeing what the 2022 Middle School Capital Cup has in store for us this fall!