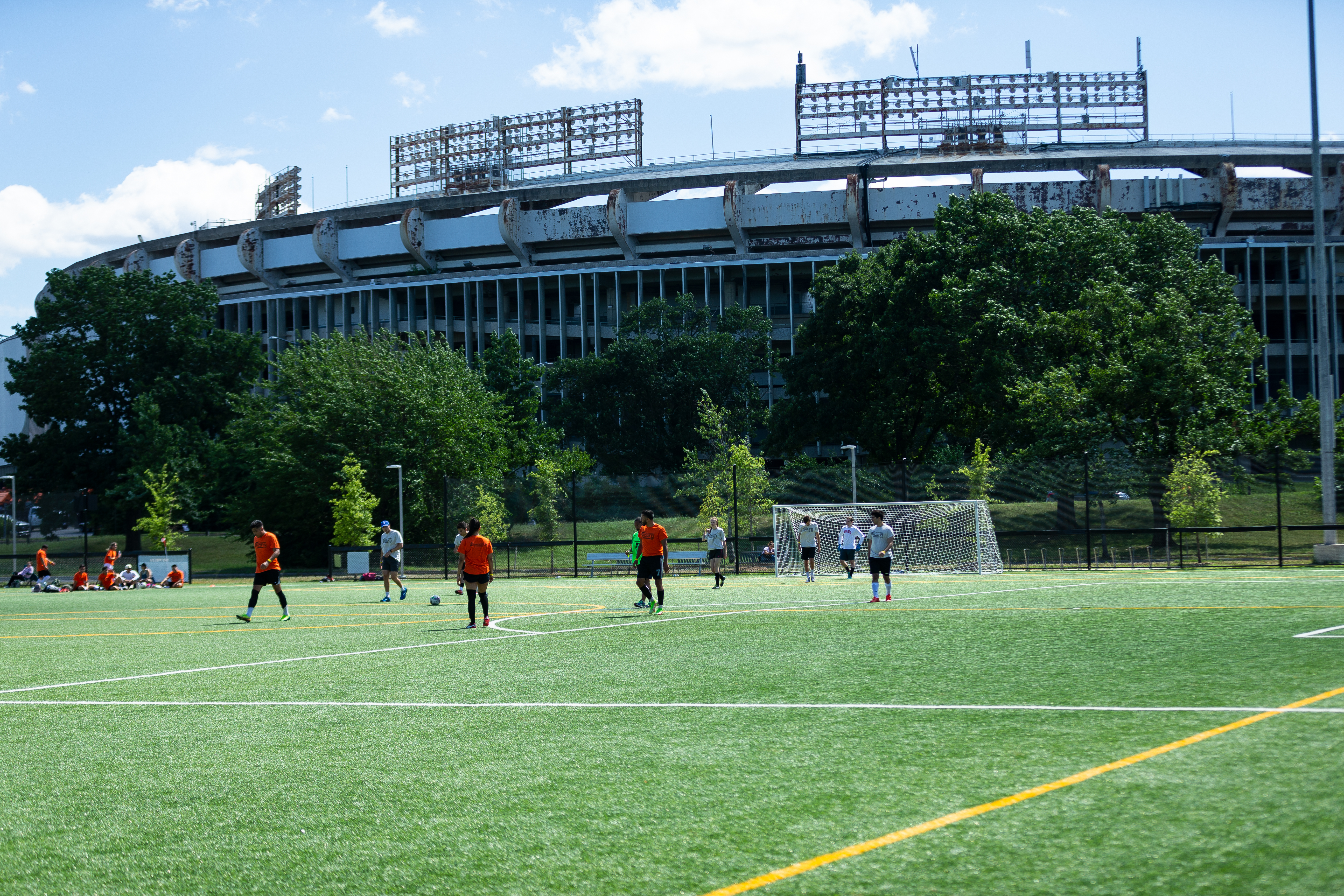 Our 19th annual SCORES Cup is in the books and was a huge success. With over 35 different companies competing in four divisions for the titles of champion, we raised ~$200,000 to help fund SCORES programming for the year to come. Read on to get an inside look on the triumphs of this year’s champions. 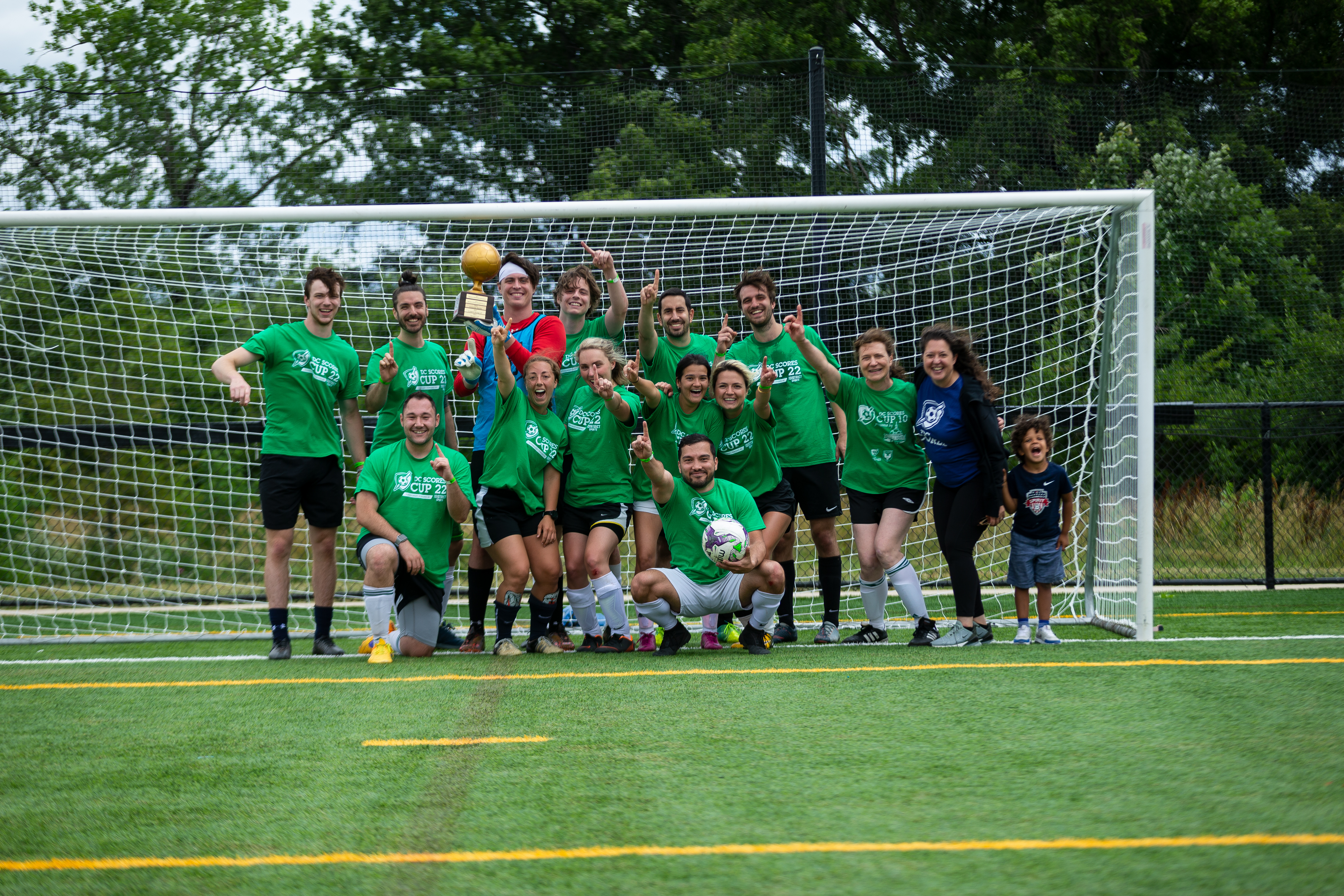 Arnold and Porter have been a SCORES Cup fixture since 2005 and after taking the 2021 tournament off they came back with a vengeance! Their first match was against Kirkland and Ellis - an early morning fixture which they won 2-1. In the second and third round, they notched wins against Williams and Connolly’s “Potted Plants FC” and Akin Gump FC. 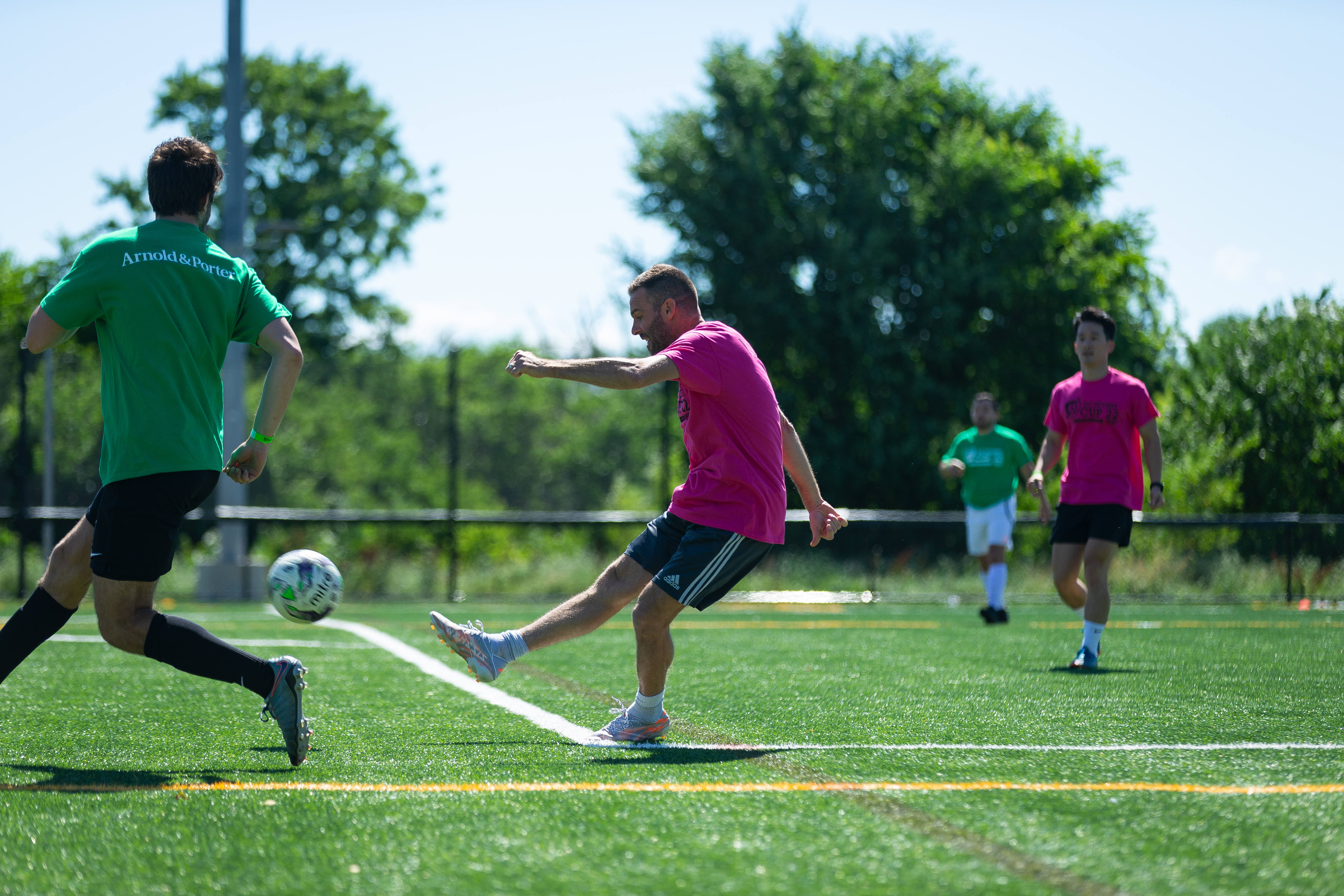 In their final group stage match, they faced off against the Venable Moose, winning 2-1 in spite of a super sub appearance and late equalizer from D.C. United legend Ben Olsen! Their semifinal win against defending champions Crowell & Moring put Arnold and Porter in the final against Zuckerman Spaeder, one of SCORES Cup’s founding teams. Regular time ended with a 0-0 draw, and after no goals in extra time, it was on to a penalty shootout. With a final scoreline of 4-3 and a completely undefeated streak in the tournament, Arnold and Porter are the 2022 SCORES Cup Law Division Champions! 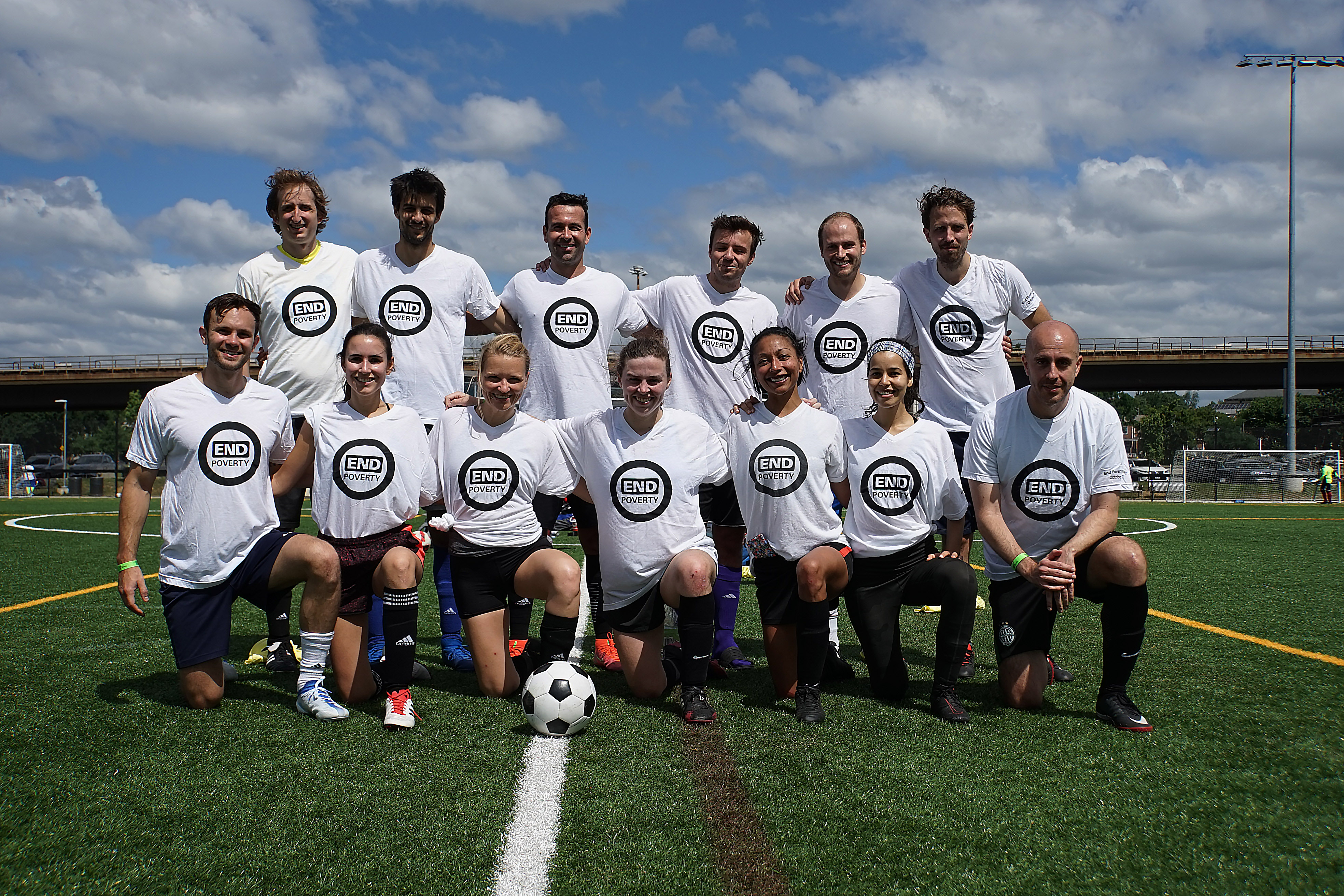 The World Bank once again are champions of the Competitive Division, successfully defending their title from SCORES Cup 2021. Their early match ended with a win against DC Armoury, the winners of District Sports’ Supporters Club Champions League. 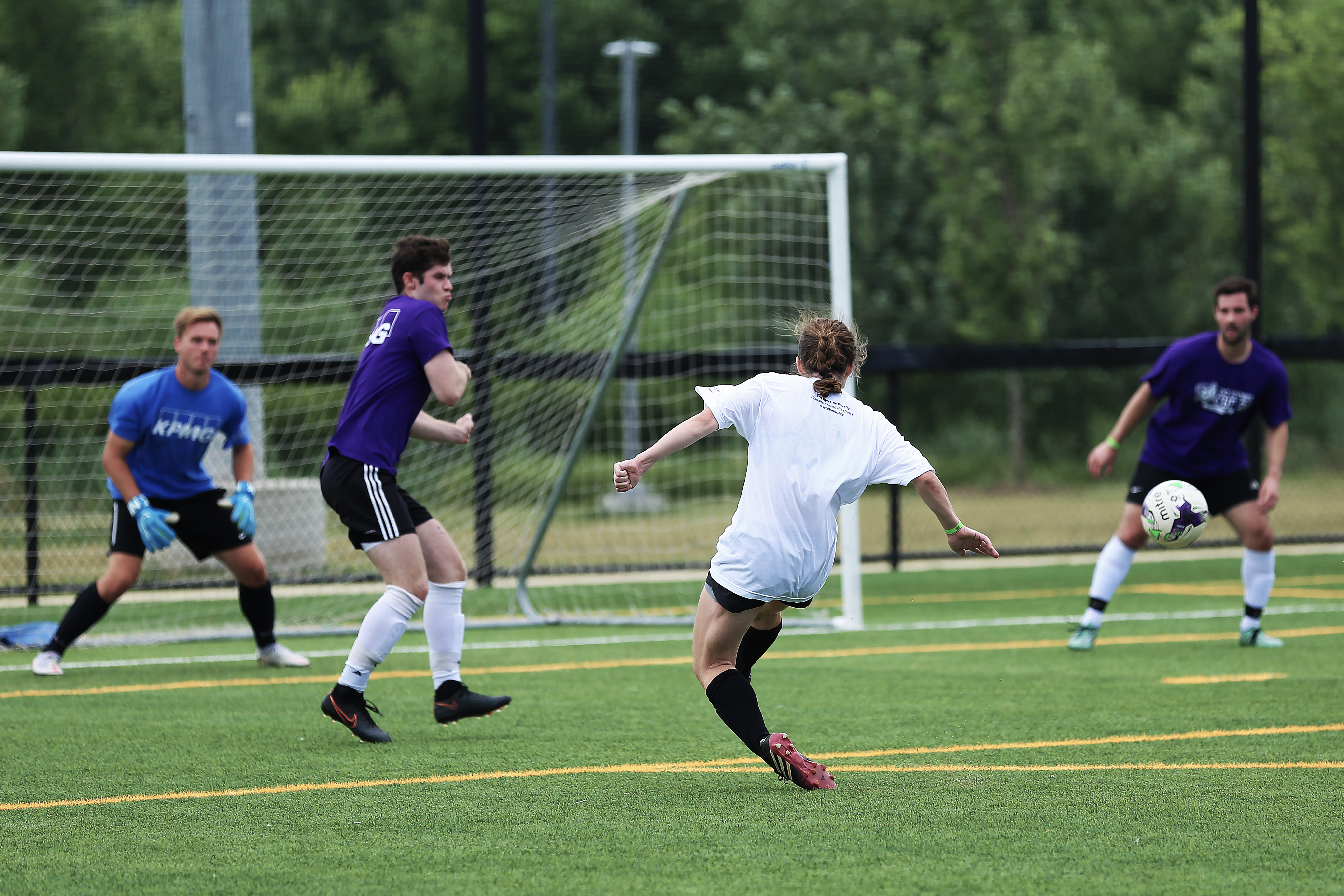 They went on to best Deloitte, Clark Construction, and draw against KPMG to reach the final match. Facing off against Deloitte once again, World Bank won 2-1 to come out on top in the Competitive Division. As usual, they eschewed their SCORES Cup jerseys in favor of their regular “End Poverty” kits! 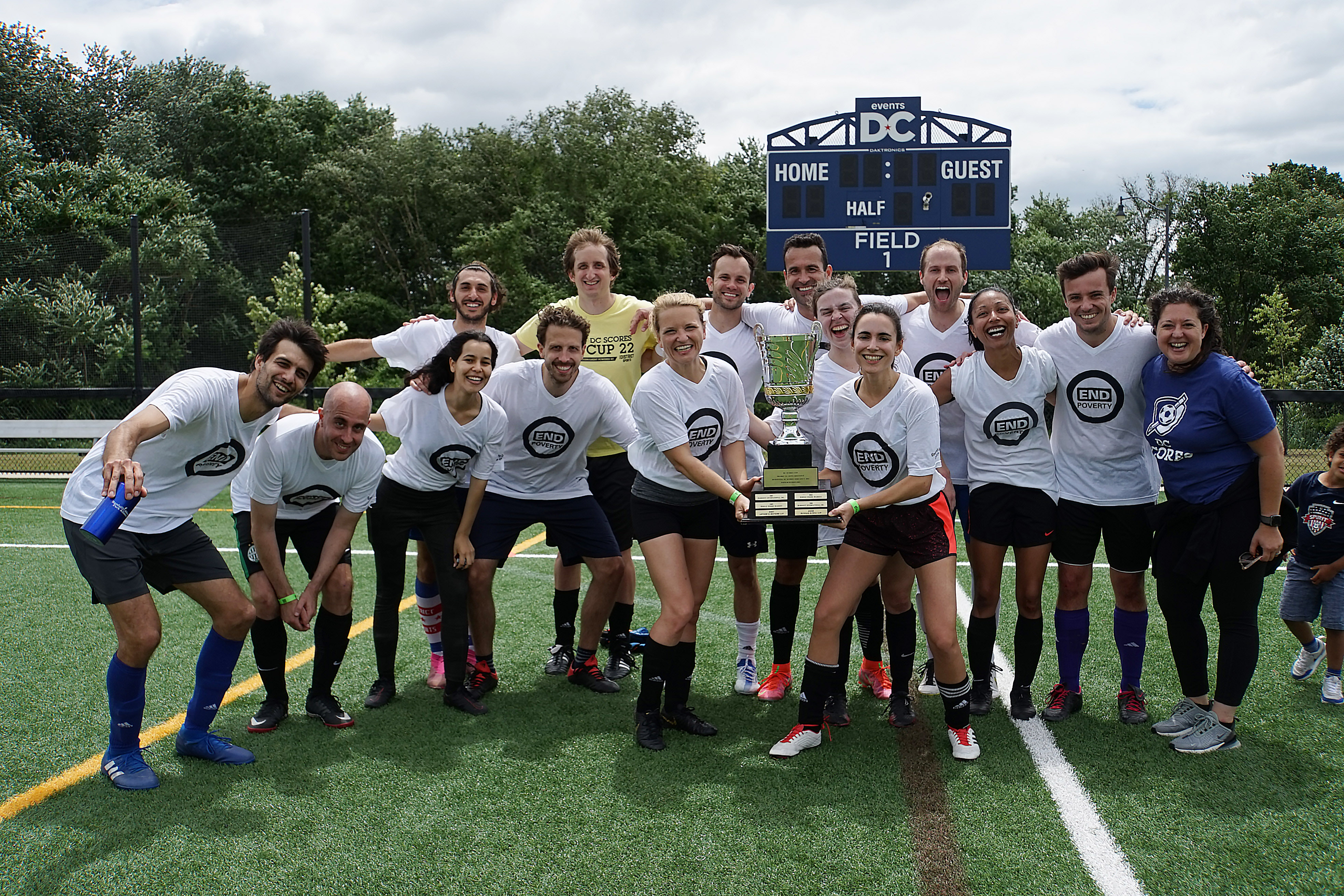 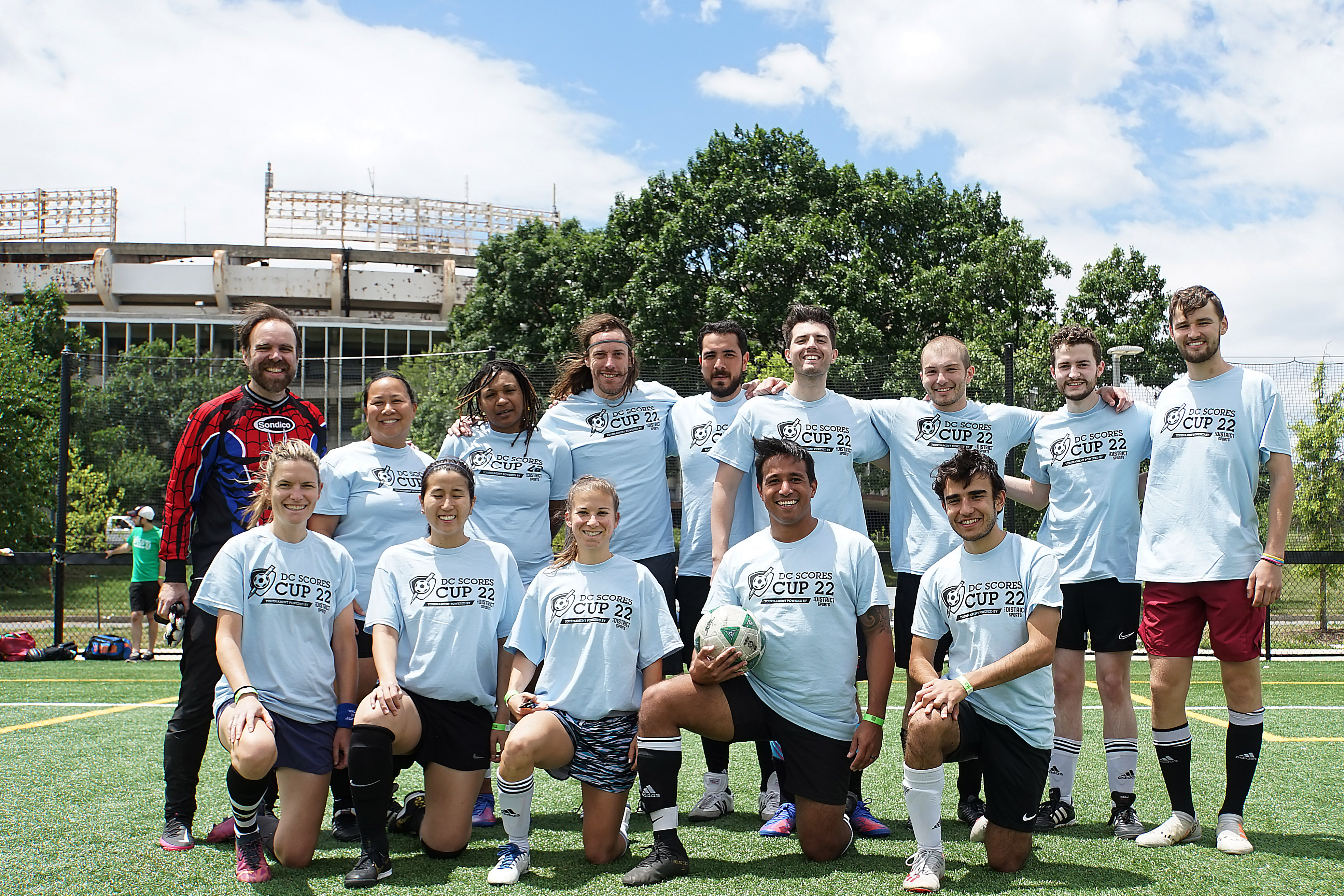 A brand new entry in this year’s SCORES Cup, Appian had teams competing in both the Casual and Intermediate Divisions. Their team in the Casual division faced off against PwC Galaxy first, coming out with a 2-0 win. They went on to notch wins against the next three teams; Lot Sixteen, D.C. United, and Avascent. 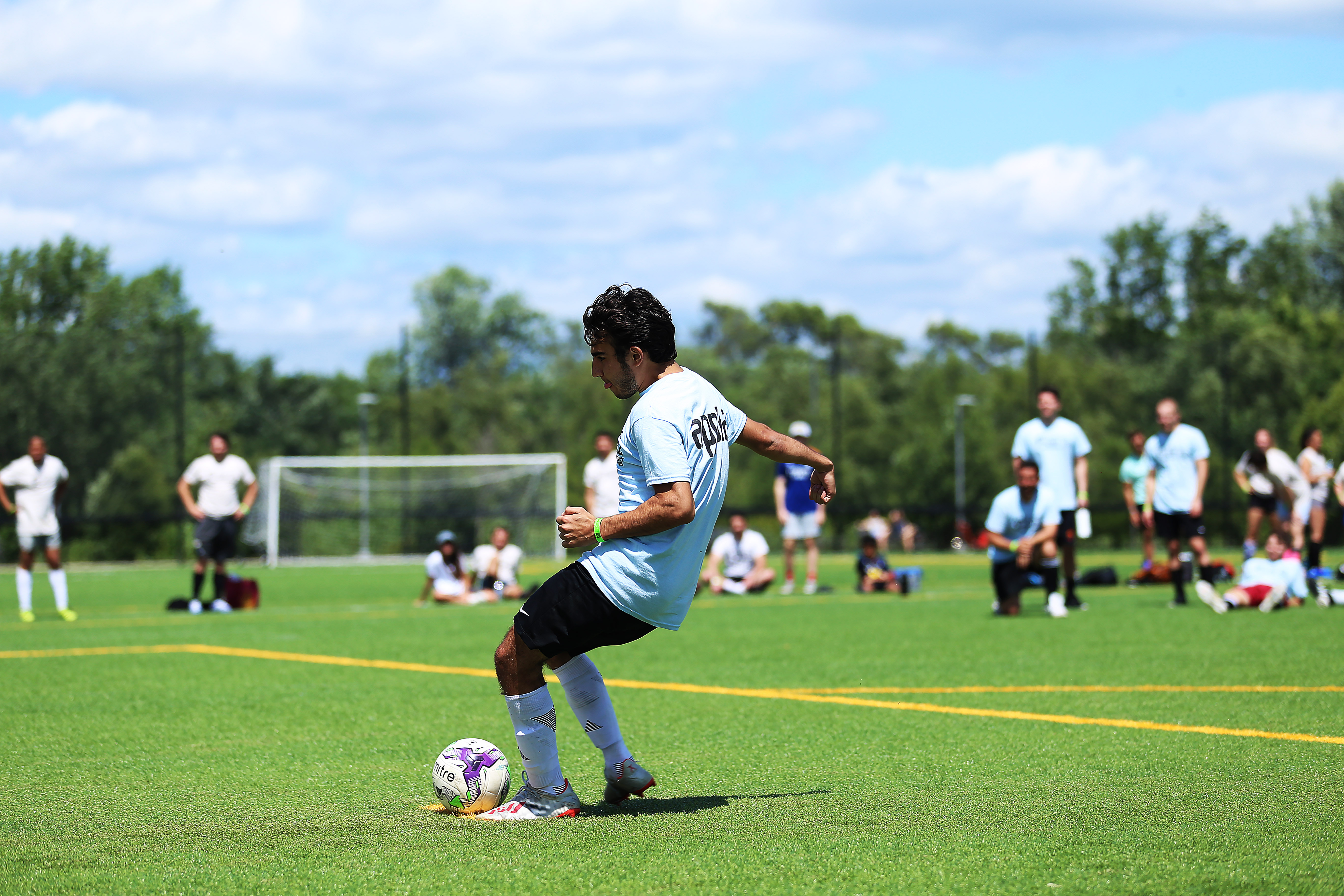 After beating PwC United in a semi-final penalty shootout, they faced off against Turner Construction—the Audi Field builders, back in the Cup after a break in 2021—to win 3-1 and be crowned the 2022 SCORES Cup Casual Division champs! 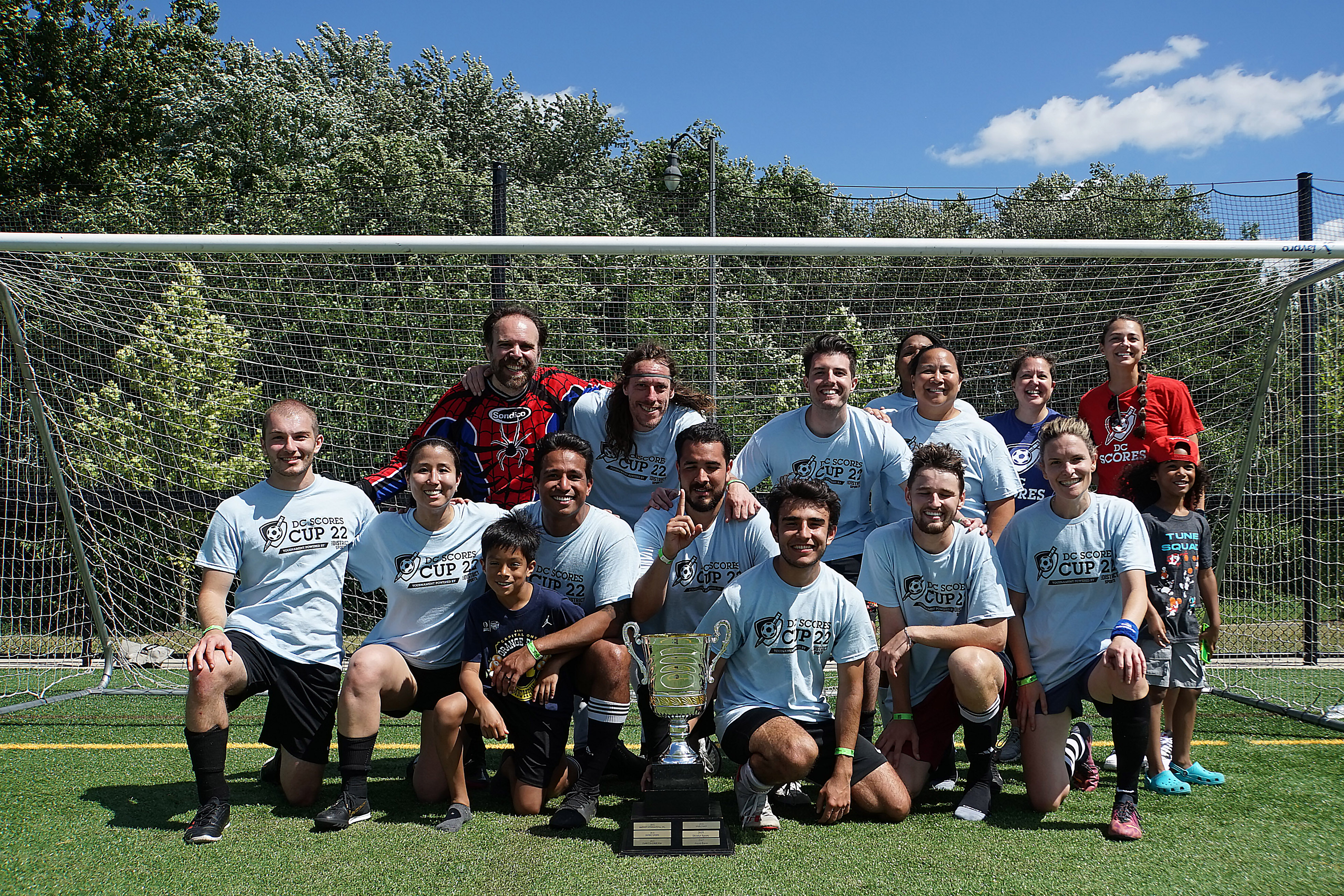 Ashley Hatch also came out to meet the teams and present the trophy to the winners! 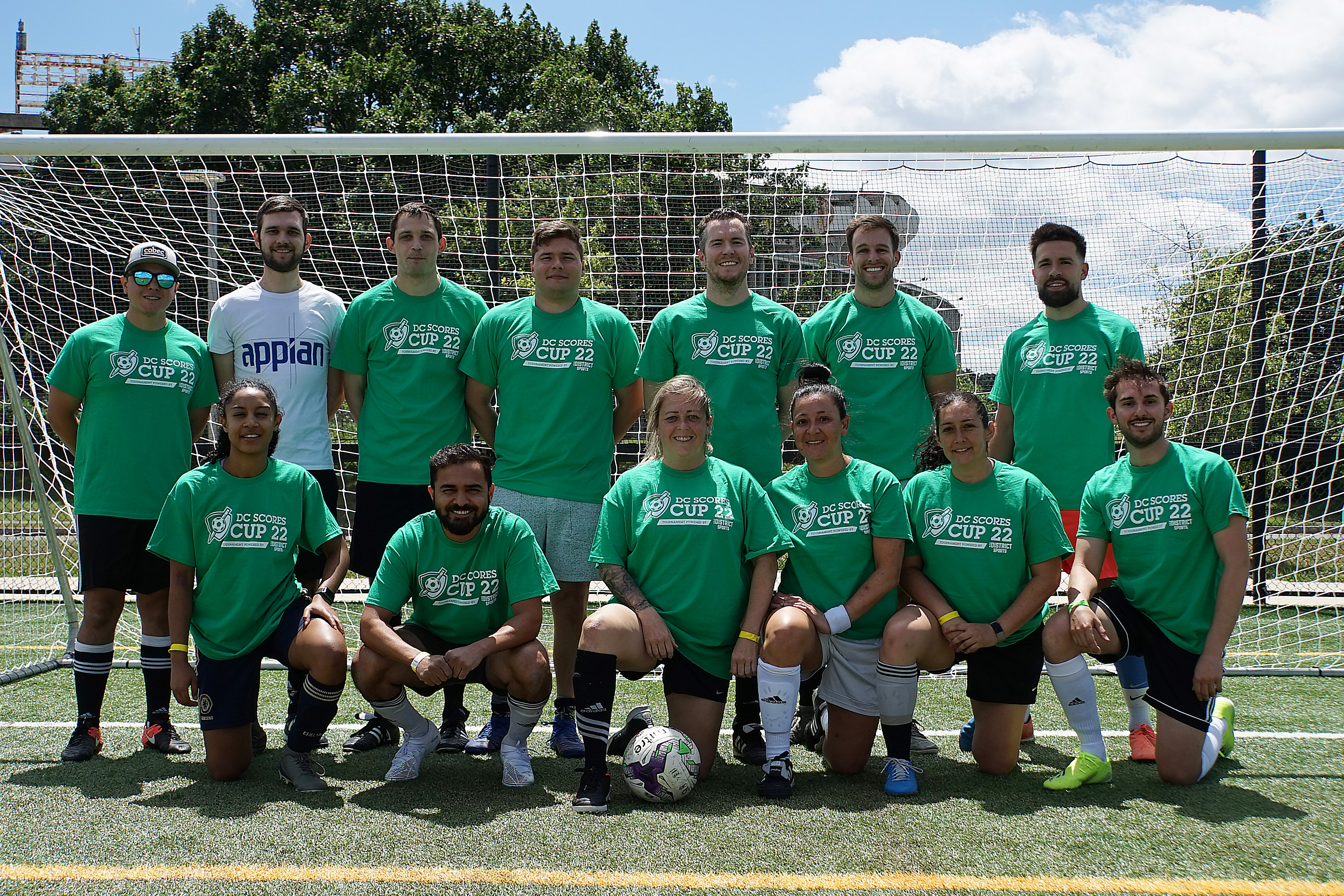 Appian’s Intermediate Division squad kicked off their run with a win against MorganFranklin, then beat KPMG and Bates White 2-1 each. 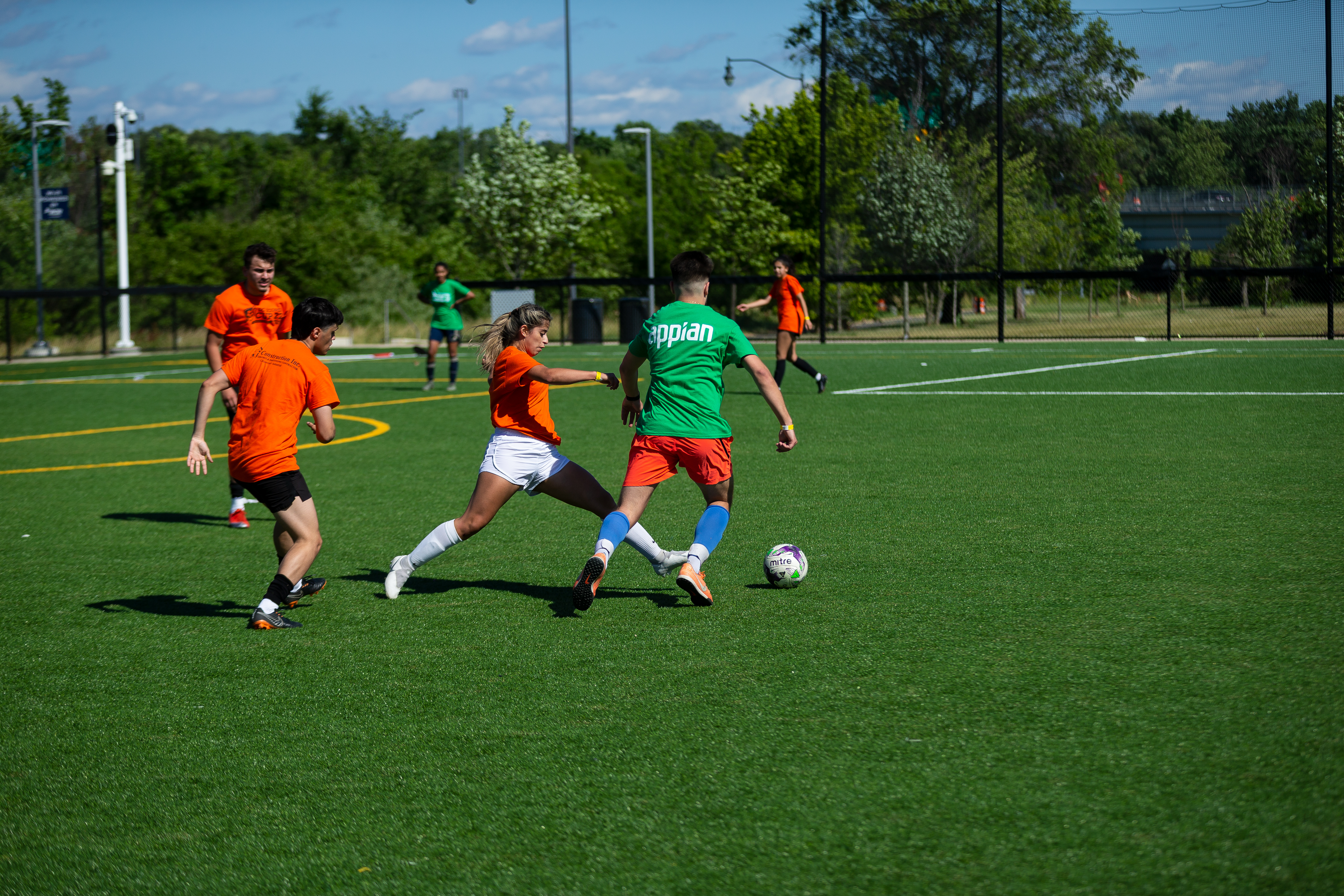 A loss to defending champions JP Construction in their fourth group stage match didn’t keep them out of the semi-final, and after a win against tournament regulars Volkswagen, Appian got a rematch against JPC in the final. This time, Appian won 2-1, becoming the first company to win multiple divisions in one tournament. 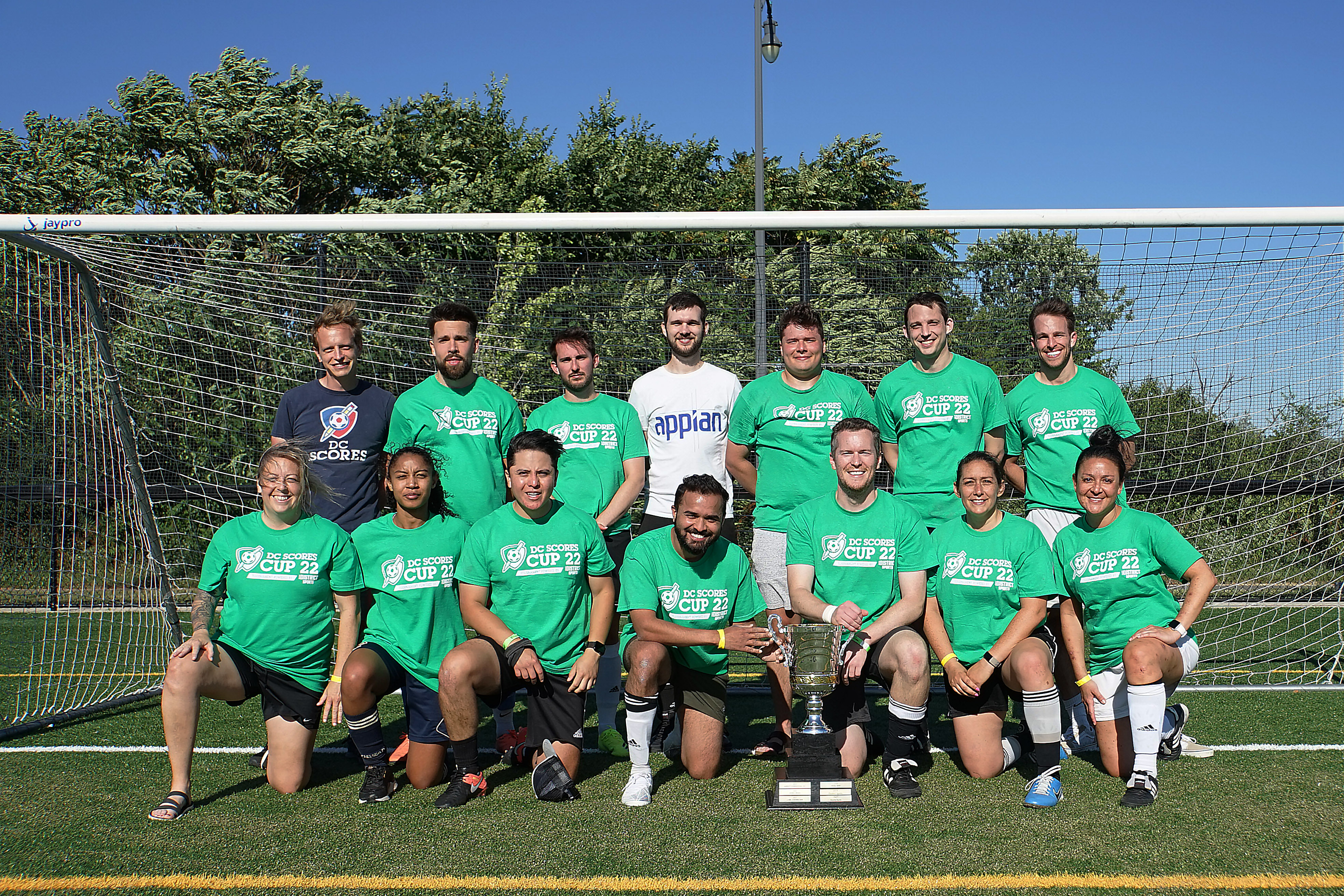 D.C. United will be honoring all of our 2022 champions on-field at Audi Field during the July 13th match against the Columbus Crew! Congrats to all of our participants, and we look forward to seeing everyone back on the pitch in 2023!

Congrats to the Winners of the 2022 Spring Capital Cup!