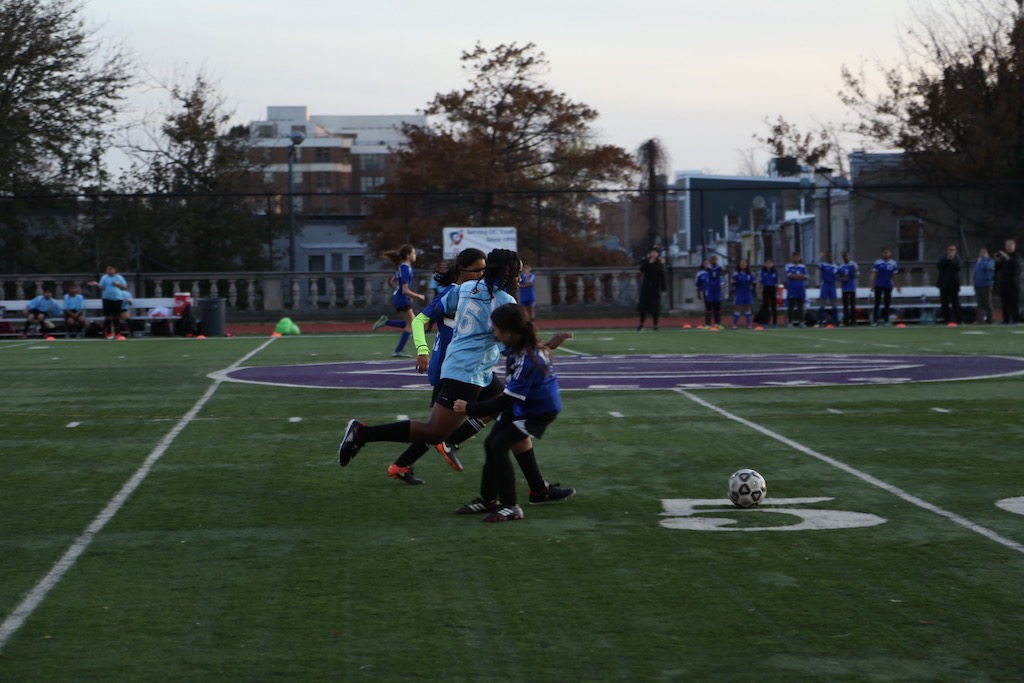 Sure, kids are almost always bummed out when their team doesn’t win. It’s near impossible to tell a child that winning doesn’t matter. That’s sports. But as the DC SCORES soccer season culminated Tuesday with the Capital Cup middle school championships at Cardozo Education Campus, the most important things weren’t the trophies or the final scores.

Rather, there were four teams running the entire length of the field (100 yards) during 9v9 games – teams that were giving it their all, the girls and then boys running full tilt during back-and-forth action. It was clear how physically fit these kids are after 12 weeks of DC SCORES soccer practices and games three times a week. DC SCORES works.

Teamwork was everywhere. No goal scored by Truesdell’s and DCI’s girls and Raymond’s and EL Haynes’ boys didn’t catalyze from a pass. Kids talked with each other, encouraged each other, and pulled each other up and put an arm around each other after the final whistles.

Community was ubiquitous. The bleachers at the field continued to fill as the sun lowered in the sky, with supporters of all four schools growing louder as darkness descended. Regardless of score, school chants continued throughout the afternoon. Family circled around the teams afterward for a final chance to take pictures of the kids in uniform … until next season.

This DC SCORES fall season, teams played 313 soccer games all across Washington, DC. Additionally, our 59 schools held about 1,440 soccer practices. Add up all the hours, and the bottom line is that A LOT of soccer was played, a ton of instruction was given, and kids received ample exercises while learning DC SCORES’ values of teamwork, leadership, and commitment and building team and community with their peers and coaches.

Thank you, everyone, for a tremendous fall of DC SCORES soccer!

Give a kid a voice on Giving Tuesday (Thank you!)